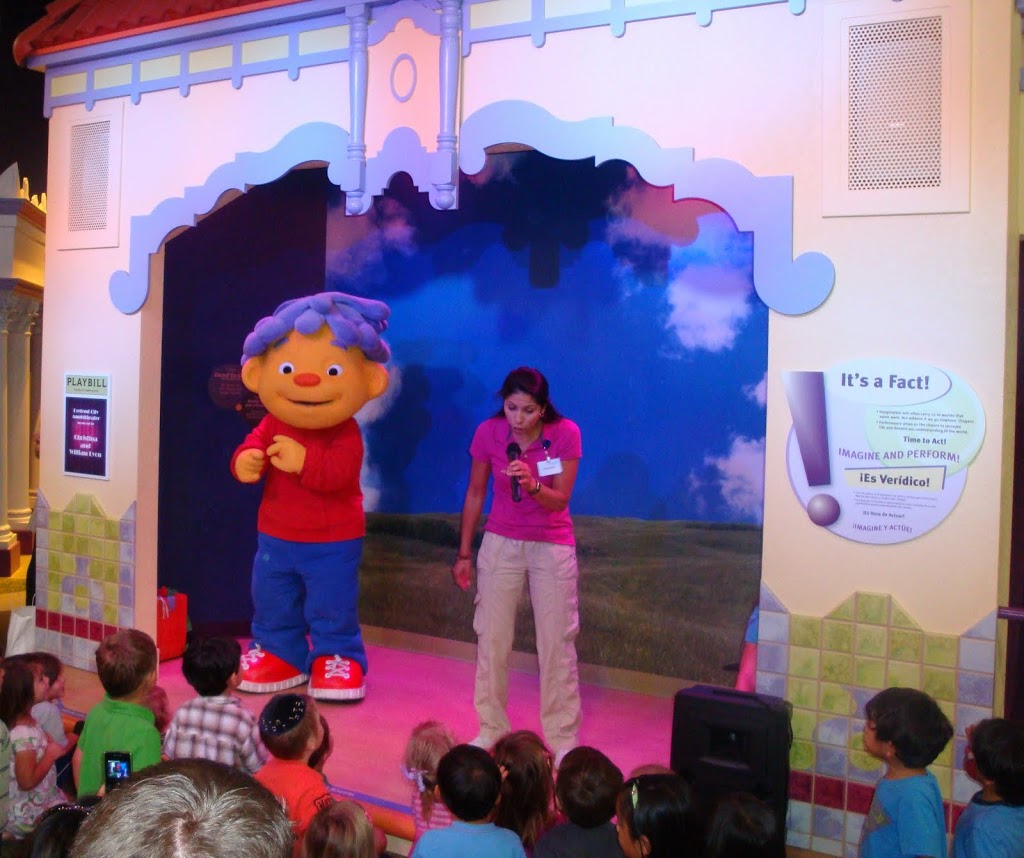 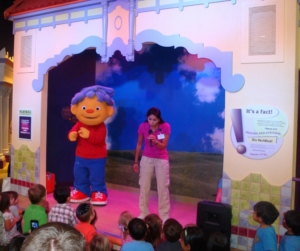 I took the little one to Pretend City for their grand Sid the Science Kid event. The chisme had definitely gotten around about the special event there because that place packed! We got there at 10 a.m. and ended up parking a couple of blocks away. We walked up to Pretend City and waited about 15 minutes to get in. Let me tell you, 15 minutes is nothing compared to the two hour wait there was when we left around noon.

Anyhow, we get in and the place is packed full of kids and parents. They’re everywhere! So we’re walking down the path to the center of the place and I start to realize that it’s basically a little kid-sized city. It’s so cool! There’s a Ralph’s supermarket, a post office, a fire station, the beach, a doctor’s office, a farm and other essential city stations. You can see the full map here.

We walked around the whole place before settling into the Ralph’s supermarket where my little one got the opportunity to shop for healthy foods and trade them in for a sticker. Of course, he cleaned out the desert display first before heading over to the fruits and veggies.

After that, we went to hang out at the Marina while we waited for the Sid the Science Kid parade. The Marina is basically a huge water center that lets kids play with water guns, fish for plastic fishes and do other water activities without making too much of a mess. We hung out there for about 20 minutes and then went over to the middle of the museum and waited for Sid.

Sid the Science Kid did his parade and led all the kids around Pretend City singing his signature theme song. No photo ops but still pretty cool to see all the kiddos so excited. He came out again at the amphitheater and performed a song off of his new episode (which you can see previews of here).

I could go on and on about how many things there are to do at Pretend City, but I won’t… mainly because this post will be super long. If you’re in the So. Cal area, this is definitely a place you want to visit, even without Sid the Science Kid being there.

By the way, I talked to a few Pretend City employees and they shared with me that parking is not usually that loco nor are the lines and wait time that long.

Click here for more pictures of the event (I had to keep an eye on the chicle, a.k.a. my kid, so I didn’t take too many) and click here for a video I took of Sid the Science Kid performing a very energetic song. The video is totally worth watching just to see Sid do jumping jacks.

I was given two complimentary passes to Pretend City for this event.

Vintage Disneyland map from 1961 in color
Big Sunday – my first time, but definitely not my last