My breast augmentation happened so quickly that I didn’t really get a chance to share everything that happened. So now that I’m more settled (literally, ha!) I can finally catch up!

I’m not gonna lie… I was nervous. 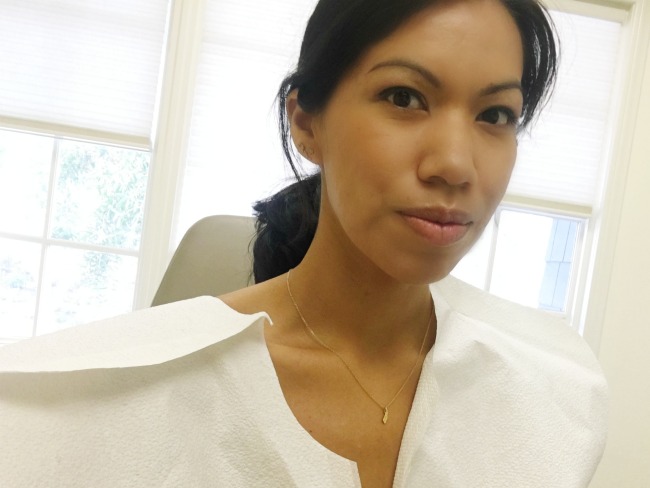 My breast augmentation pre-op visit was my first time really going into the CosmetiCare offices specifically for my breast augmentation. Before that, I had only gone in for cosmetic procedures (like TruSculpt, the Dermapen treatment and, my favorite, Botox). Going in for something as major as this was a definite first. 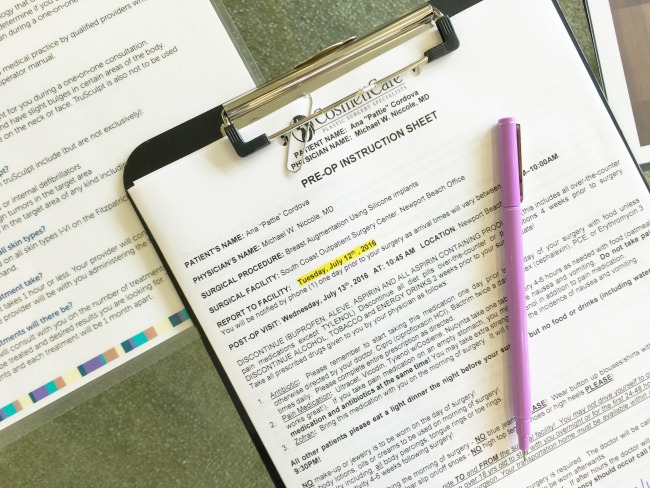 I walked in to the CosmetiCare offices, I checked in and I was greeted with a ton of papers about my upcoming procedure. I took a seat at one of their comfy chairs with basically the best view of any cosmetic office in Southern California, and started going through the paperwork. I signed everything that needed to be signed. Confirmed that I wasn’t on any medication or vitamins, I wasn’t drinking alcohol or taking Tylenol, and that I had no previous surgeries. I also read a few interesting do’s and don’ts like… sex. Did you know that having sex is a no-no after your procedure? That’s right! Dr. Niccole advises his patients to stay abstinent for at least six weeks after the procedure because otherwise your blood pressure will rise and cause internal bleeding. It’s also why patients are not encouraged to workout or lift anything above shoulder level.

My one and a half hour visit also covered my weight, blood pressure, and then about six “before” pictures. After that, they performed the New Look Now virtual rendering of the “after” (you can see that here) and then I got to play around with the implants to get a feel for them. I settled on these moderate profile ones because I didn’t want anything that looked too obvious, but the size wasn’t settled on yet. I knew wanted a really natural look with a size of an average “c” cup, so we thought somewhere between 350cc and 375cc. 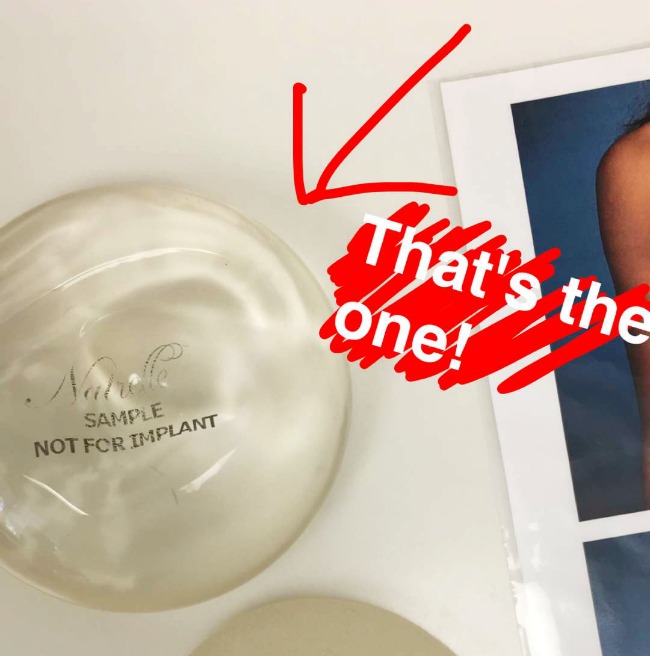 Medication must-haves for a breast augmentation

This pre-op visit also came with a list of medication that I would have to pick up before the surgery, and that included the antibiotics that I would have to take starting the day before the surgery (which, by the way, gave me horrible nausea). Dr. Niccole also advised me not to have heavy meals the day before and to not eat too late. At this point in time, my surgery time still wasn’t scheduled, though I was told that it could be as early as 6 a.m.

One thing you should know about me is that I’m pretty independent (even with a Hubster in tow). And up until now, I was totally thinking that I was going to Uber it to my surgery and the Hubster could pick me up after it was done. He, on the other hand, was not having it and wanted to drive me. I’m glad he kept being so insistent because according to one of the papers that I signed, I had to have an adult that could drive within a certain radius of the surgery center while I was in surgery. He planned on being there the entire time so that settled that. 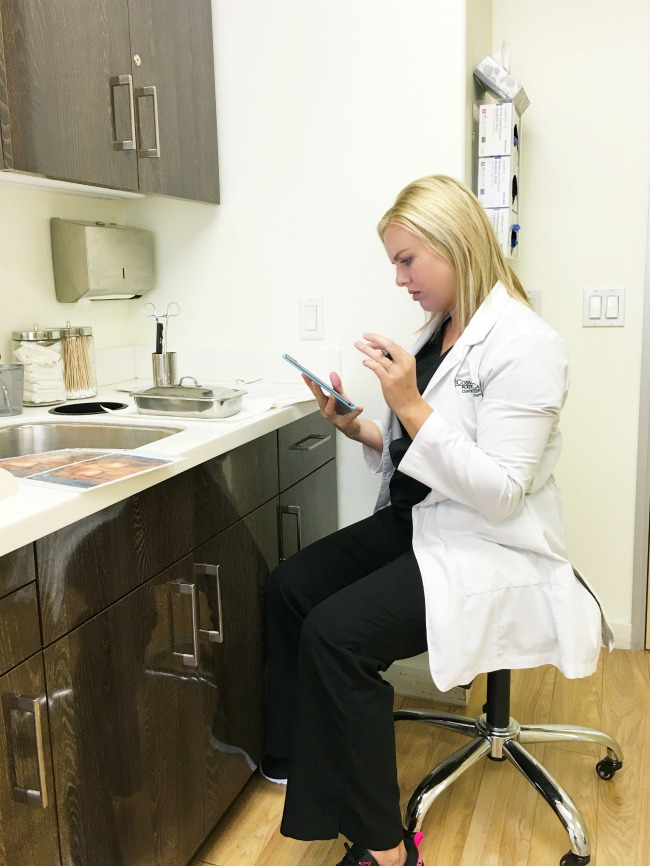 Preparing for the procedure

Another interesting thing that Dr. Niccole told me to do was to shower the night before, but to not put on any perfume, lotion or deodorant on my body. The nurse also recommended that I swipe on rubbing alcohol if I really needed to do something to make myself more comfortable. The entire procedure was slated to take 45 minutes with about an hour in the recovery room. It’s a procedure that nowadays is really routine, and I knew that I was in great hands with Dr. Niccole.

You can read the rest of the breast augmentation blog posts by clicking the links below, and I also did a short vlog on my pre-op – uploaded now on my YouTube channel. Thanks for following along, and please share if you’ve been through this too. I know that I myself read a lot of websites so that I could learn as much as I could before the surgery. “The more you know *shooting stars*” and all. 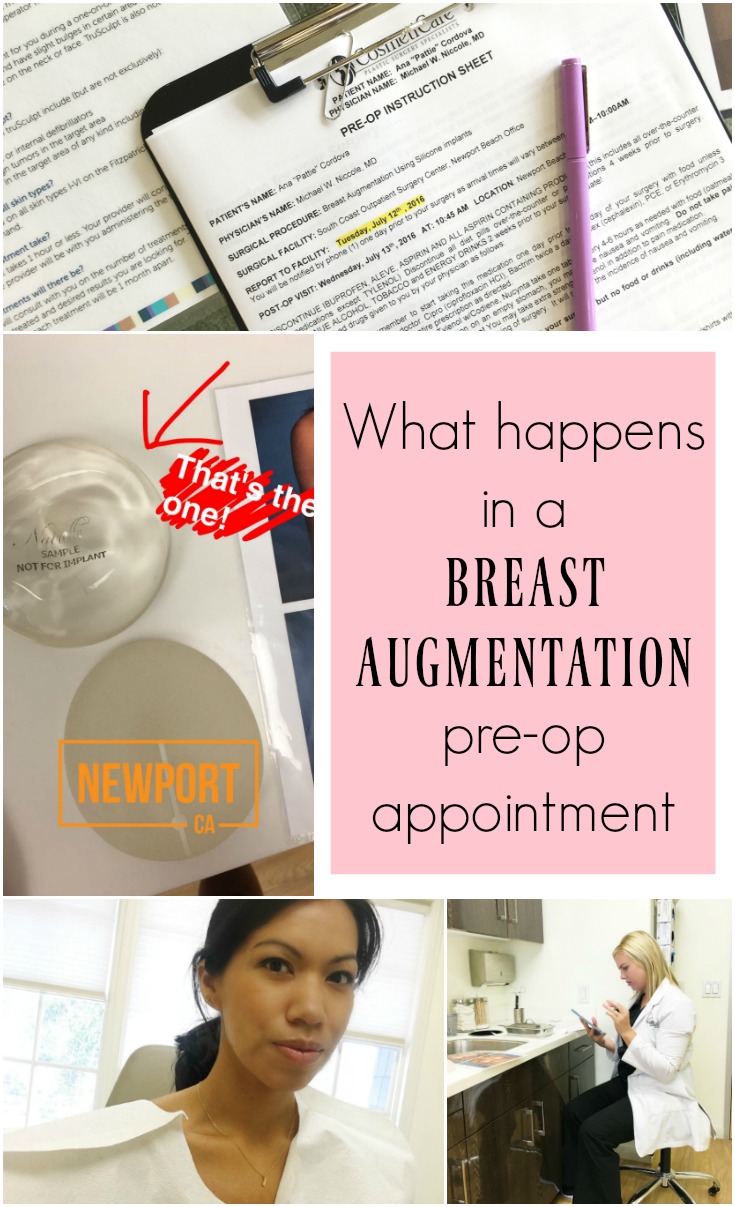