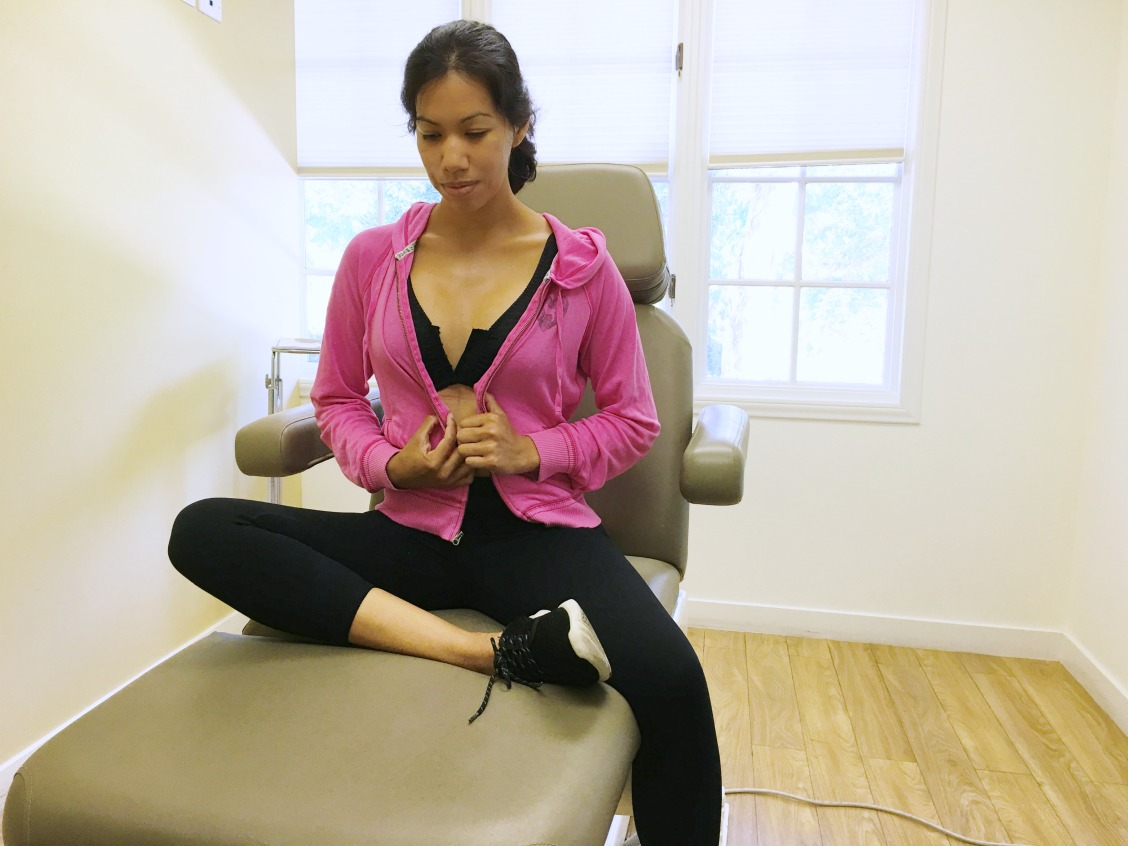 My first breast augmentation post op appointment was the day after the surgery. It was later in the day (and not at 5:30 like the day before) and again, I had the Hubster take me. I wore the same pink sweater partly because I was too tired to change into another sweater, and partly because I didn’t want to mess around with any buttons or zippers around my chest area. 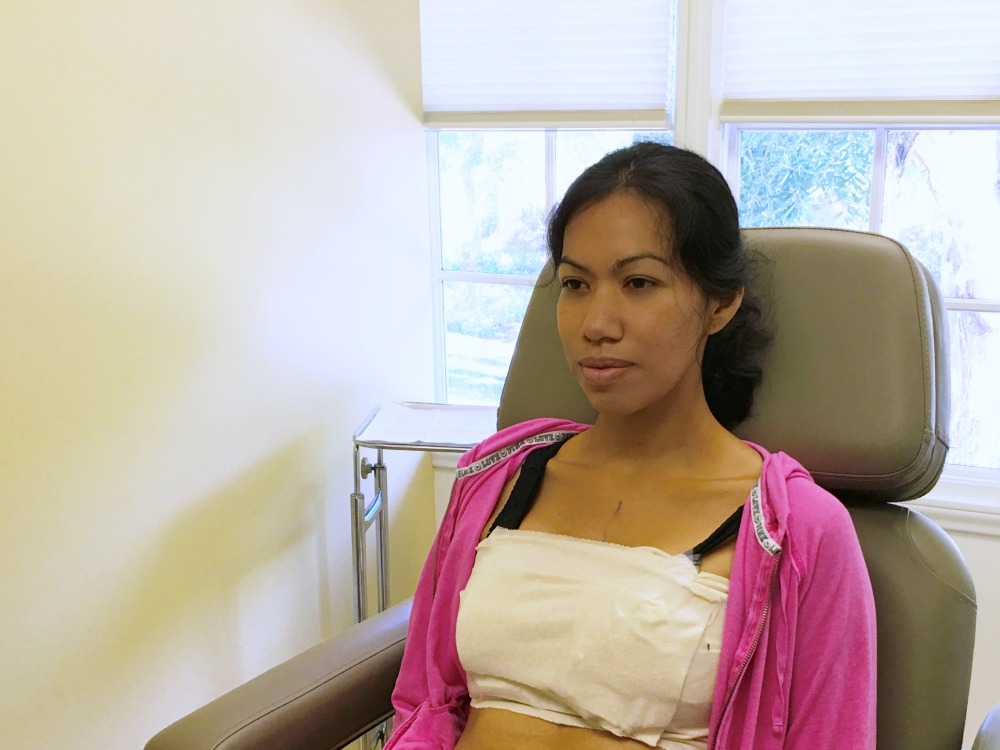 I was still a bit out of it and so I was thankful for the speedy visit. I did have a few questions that I had written down to ask (more on that below) because I didn’t want to forget.

The nurse and Dr. Niccole came in and they cut off the compression bandages and revealed my new breasts. Because I had slept practically sitting down the entire night, I had no swelling. He checked to make sure that everything looked normal. And he noted that one side was higher than the other. So he gave me a strap to put around my chest in a “figure eight” to help bring one side down more. I also received a great tip for making sure that the strap stays where it should – use a safety pin!

I was also able to see the bandages for the first time since the surgery. They were on in strips right under my breasts. I noticed a line that went down from my nipple to under the bandages. I was, of course, concerned about that but they let me know that it was just a mark that the bra had made because of the swelling. Whew! Nothing to worry about. 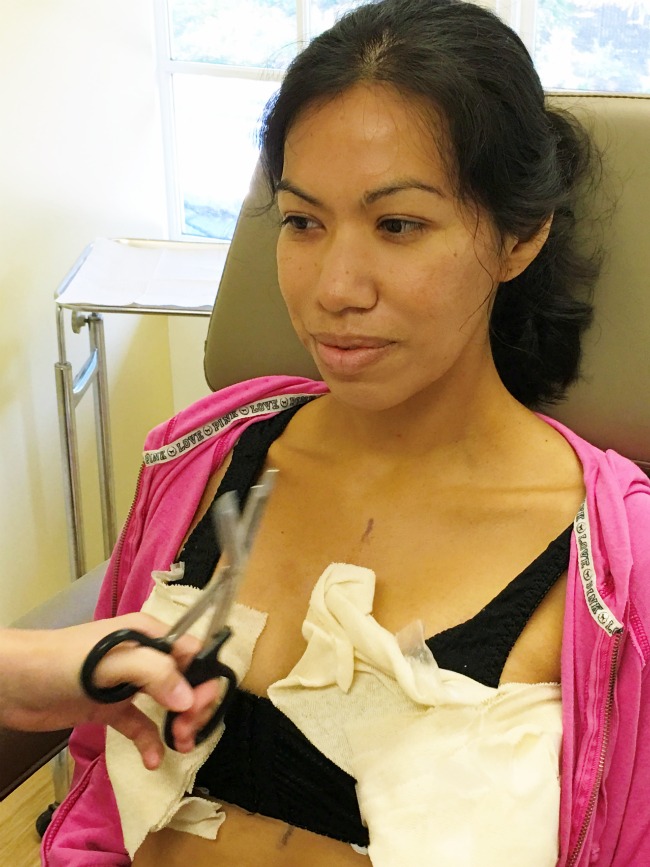 The visit was short and sweet, and I was happy to hear that I was on the path to a speedy recovery. I put my black bra back on (the one that had been provided to me after the surgery) and came home to do more of nothing.

The second day also gave way to less medication. I cut out Tylenol with Codine and just took Extra Strength Tylenol every six hours along with antibiotics twice a day (which give me nausea). No food restrictions.

Before I left, I asked my questions.

What is my new bra size? (I was previously a 34B)
CosmetiCare does not guarantee a certain size because bra sizes will vary. It’s best to visit a bra shop and get sized then.

When can I wear underwire bra?
In about four weeks. Dr. Niccole will let me know.

When can I wear regular bra?
Soon, but it was suggested to buy Playtex bras at Target.

When can I have alcohol?
Two weeks after surgery

When will the sensation to my nipples return?
In about six to 12 months

Can I be around cats?
Yes

When will the band aids come off?
Four weeks after surgery

Do I have to wear a bra day and night for the time being?
Yes

Why do I have to wait four to six weeks to have sex?
Sex may cause a hemorrhage. I asked Dr. Niccole how I would know that I’m hemorrhaging. He said the breast would get really full and big and it would hurt a lot.

Should I massage the breasts?
No massaging the breast yet, at least not for a couple of weeks.

My next follow-up appointment was scheduled for the following week to see how the breast implants are settling in. You can see that video update here.

Continue Reading
You may also like...
Related Topics:CosmetiCare
Pattie Cordova