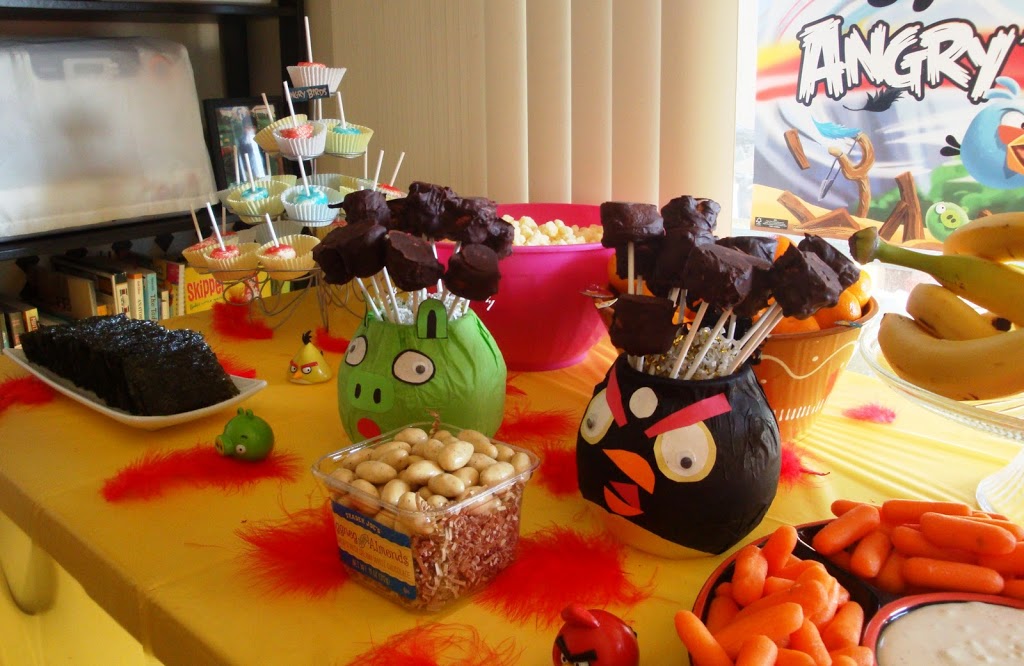 In an effort to keep this post short and sweet, I’ll post pictures with a brief description. Any questions can be added in the comments section and I will edit the post with answers. Enjoy!

Our family is vegetarian so it was VERY important that all the food available be vegetarian and also, foods that our birthday boy would eat. 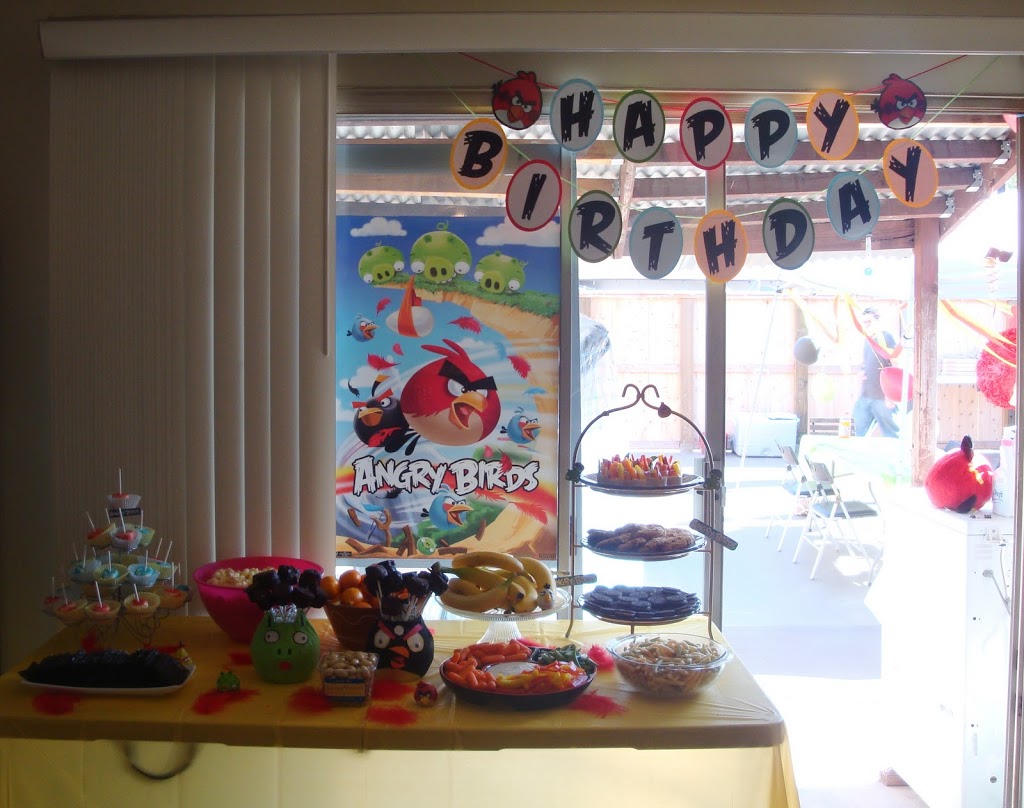 My ever-so-crafty mom made the cute centerpieces. We filled it with shred and stuck the chocolate-covered marshmallows inside.

The centerpieces were made by covering small fish bowls with tissue paper. They’re still looking great one month later! 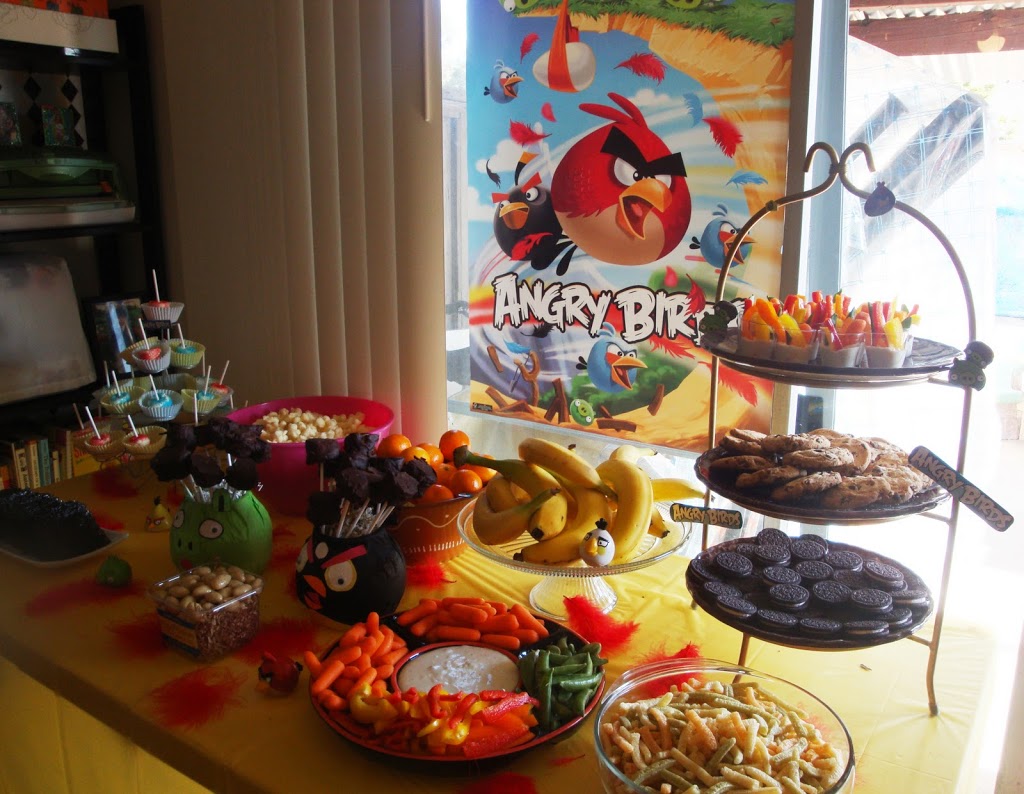 We purchased the Angry Birds poster at Toys R Us for $5.99. It now hangs in my son’s bedroom above his bed. 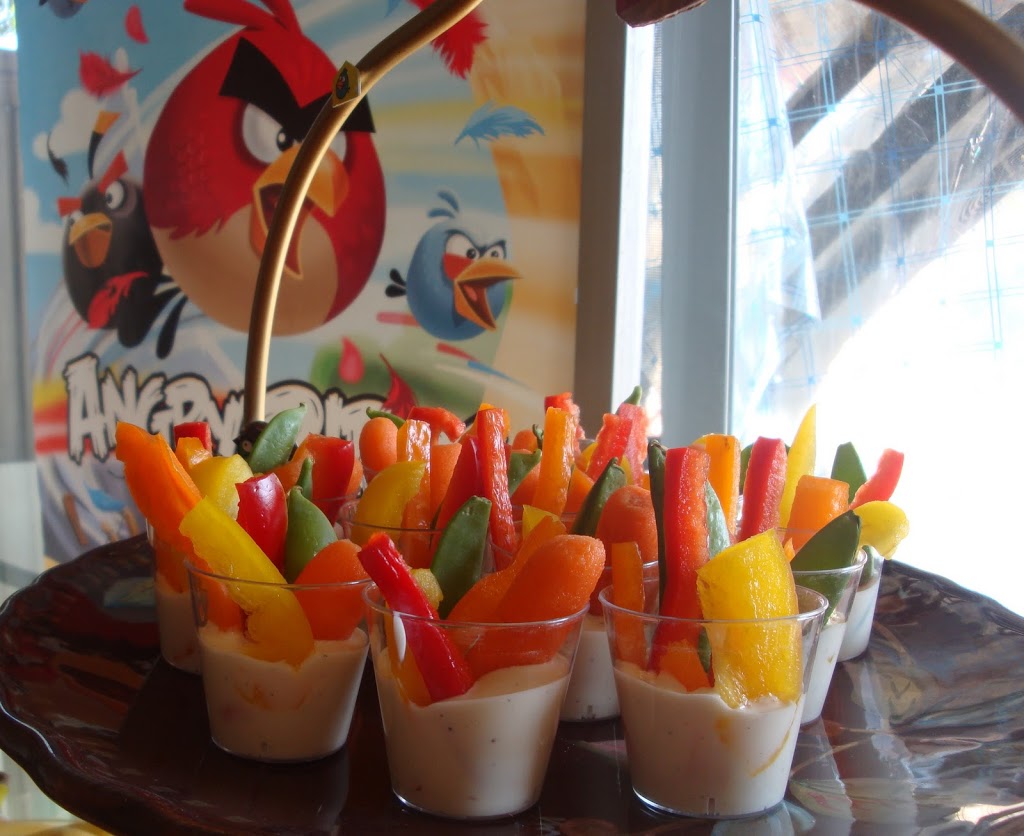 Covered in a yellow tablecloth, the table also has red feathers and the Angry Birds logo and characters on the dishes.

We served cheese pizza alongside these snacks and washed it down with soft drinks (for the adults), water and juice.