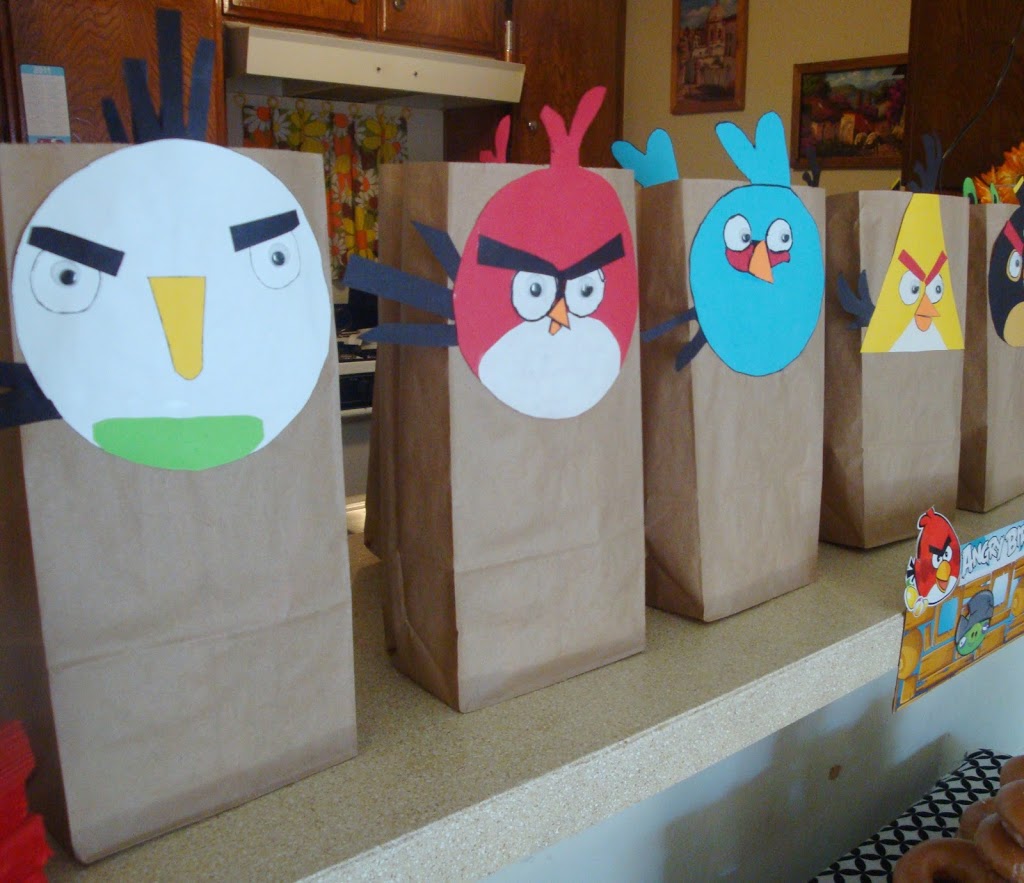 We opted to have Krispy Kreme doughnuts instead of a traditional cake mainly because donuts are a very special treat in our home and they are easy to serve. The Hubster stacked them and added Angry Birds figurines (purchased on Amazon for $10.50). 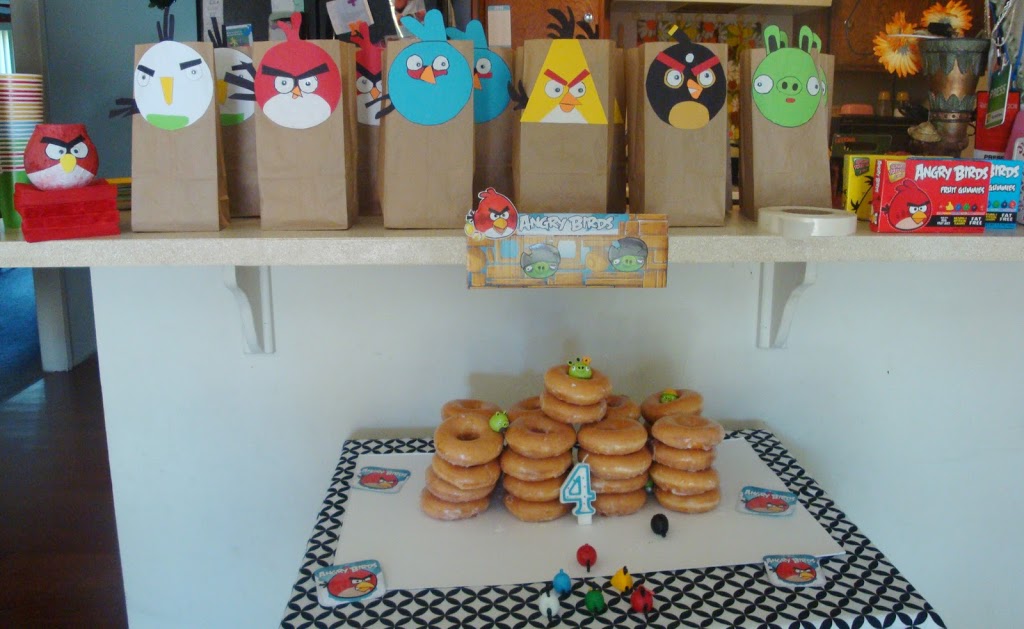 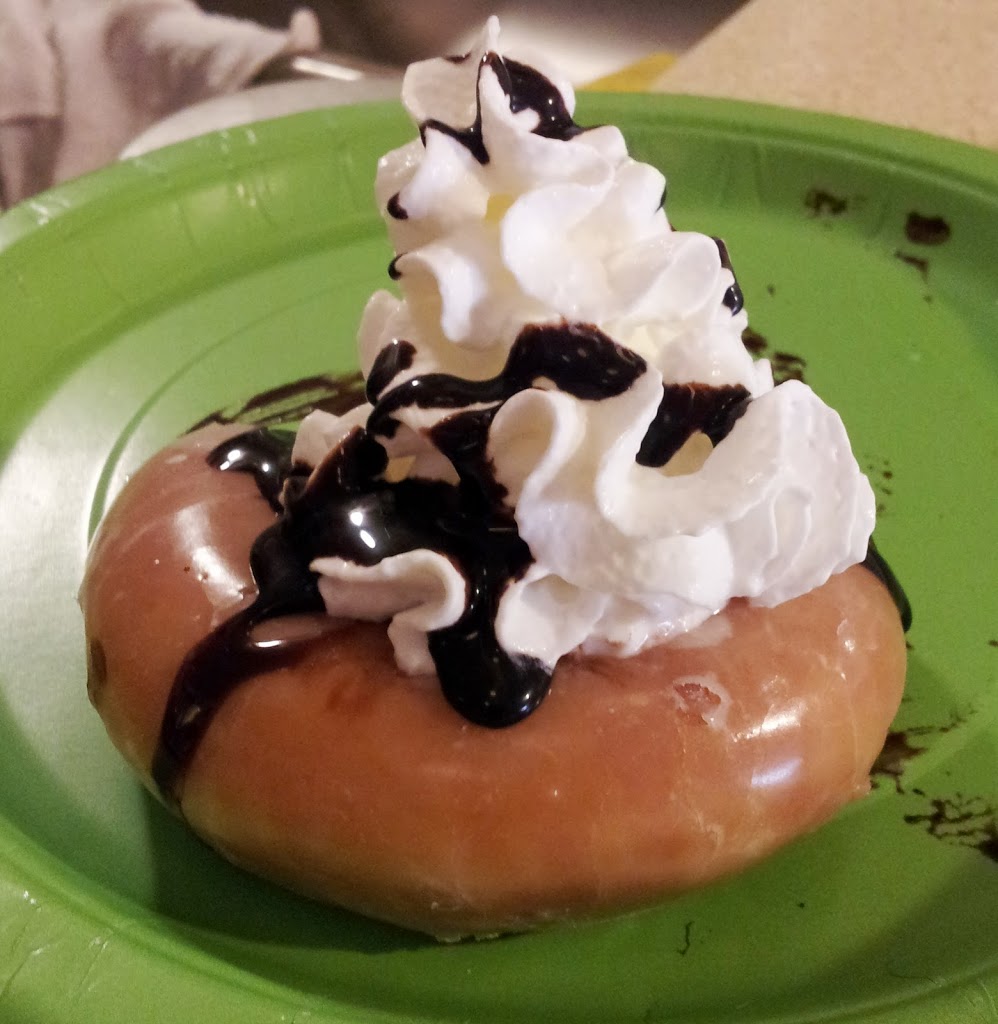 We topped off each doughnut with whipped cream (regular and chocolate) and ice cream toppings including caramel, strawberry and chocolate syrup. It was easy to serve each person and customize the desert to their liking. 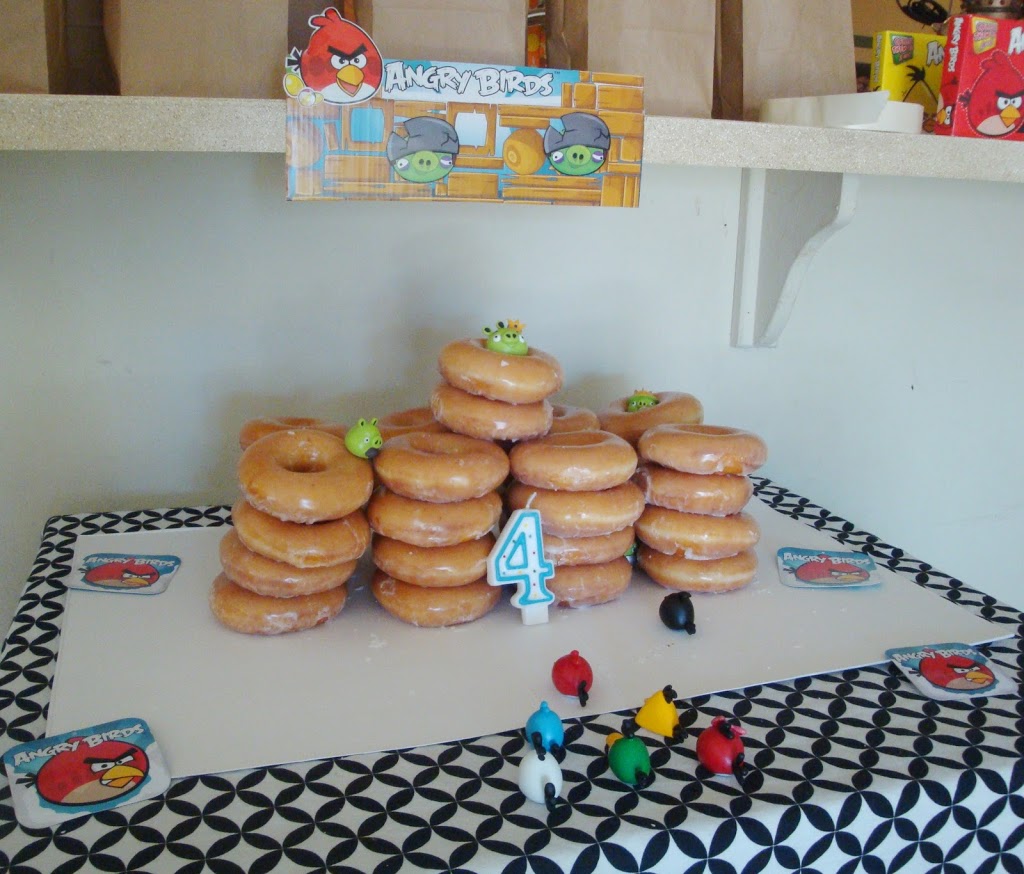 The goody bags also helped the kids carry their piñata loot home (more on that tomorrow).