We’ve partnered with Juicy Juice for this post, a must-have at any kids’ birthday party.

My “baby” celebrated his fifth birthday this month. Five feels like a pretty big milestone for a kid, so we decided to throw him a Ghostbuster birthday party! He’s a big fan and it sounded awesome because the new movie is almost out in theaters, but in reality, it wasn’t as easy as I thought it would be. Turns out, there are zero party supplies out there featuring Slimer, Stay Puft Marshmallow Man or any of the Ghostbusters. Unless, of course, you want to order the vintage stuff for an insane amount of money. So we DIY’d it… and it turned out pretty cool! 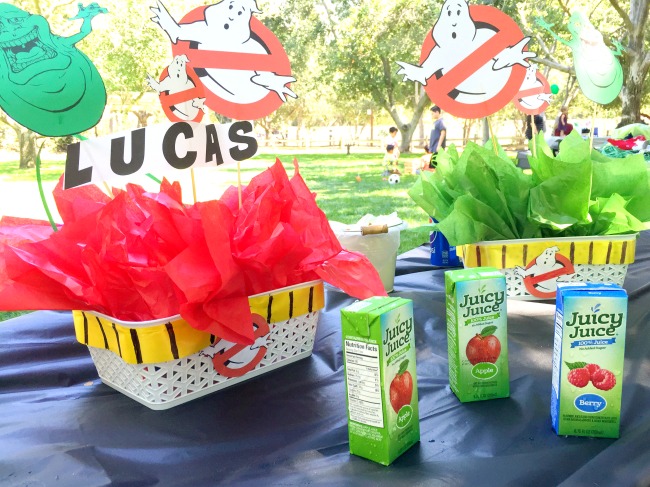 I’ll have to make a separate post for the activity stations because we ended up making most of the activities ourselves and I totally want to share the how-to of those with you. We also wanted the party to be very laid-back and much like a day at the park. To give you a quick overview, this is what we planned for the guests to do during the party. If you’re looking for printables, scroll all the way down. You’ll find the links to the Ghostbusters party printables that I made. 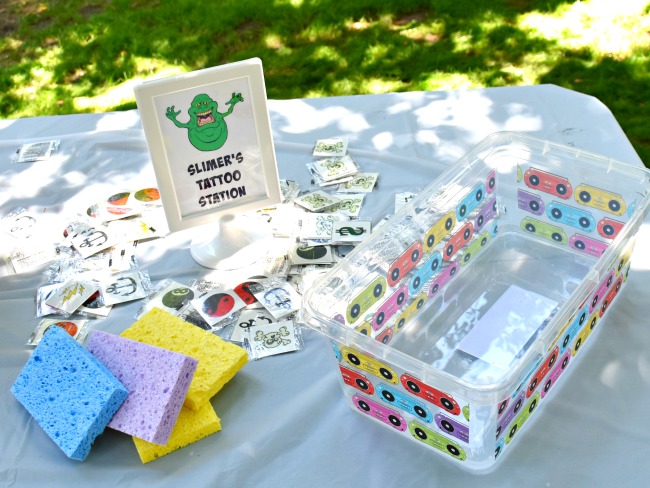 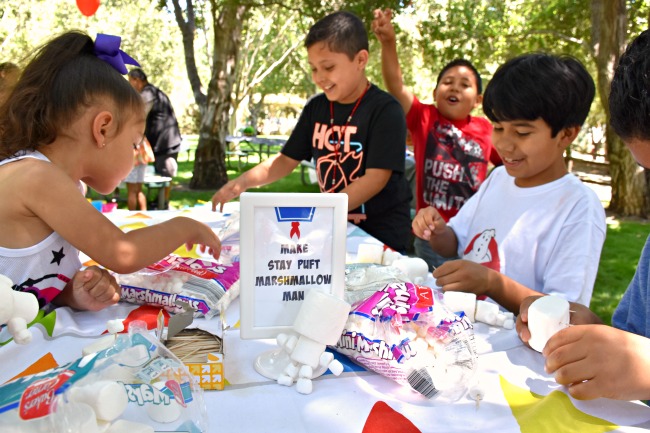 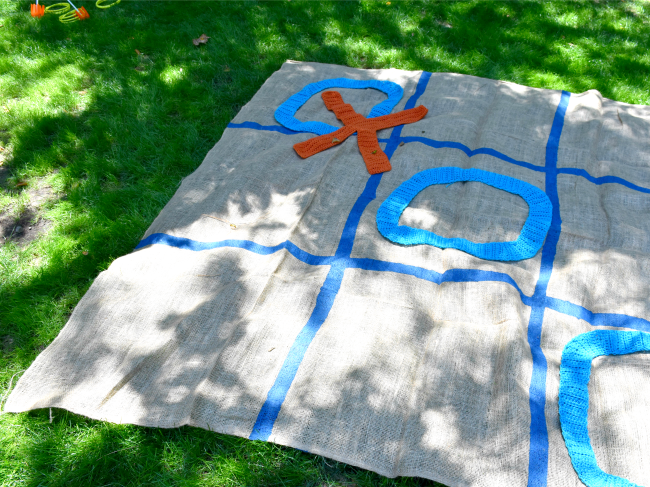 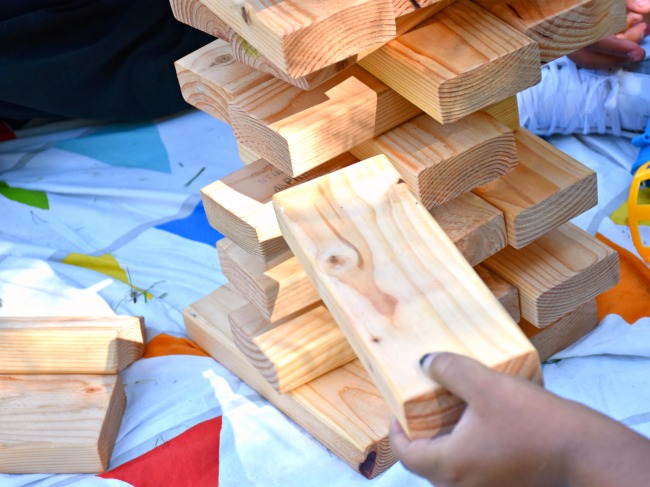 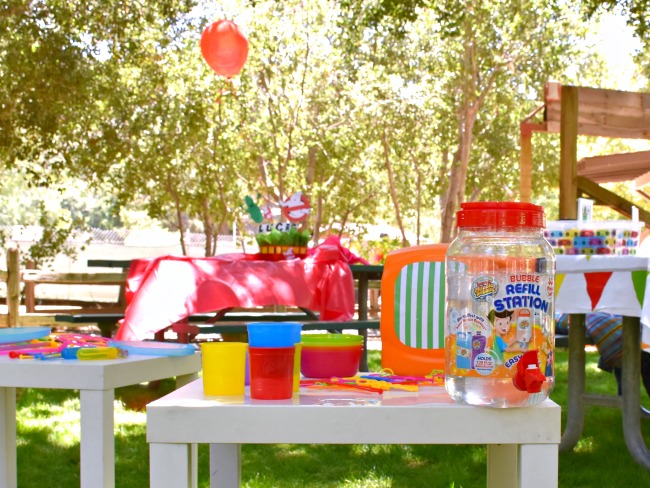 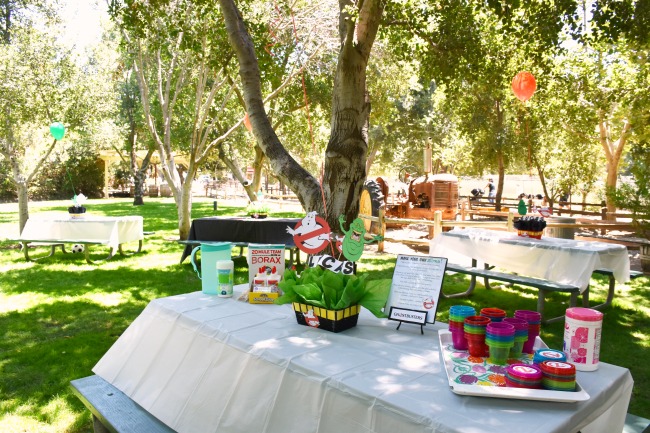 We pre-measured out 2 teaspoons of borax into each container to make things easier for our guests. If you take a look at the printable, you’ll notice that it reflects that adjustment. 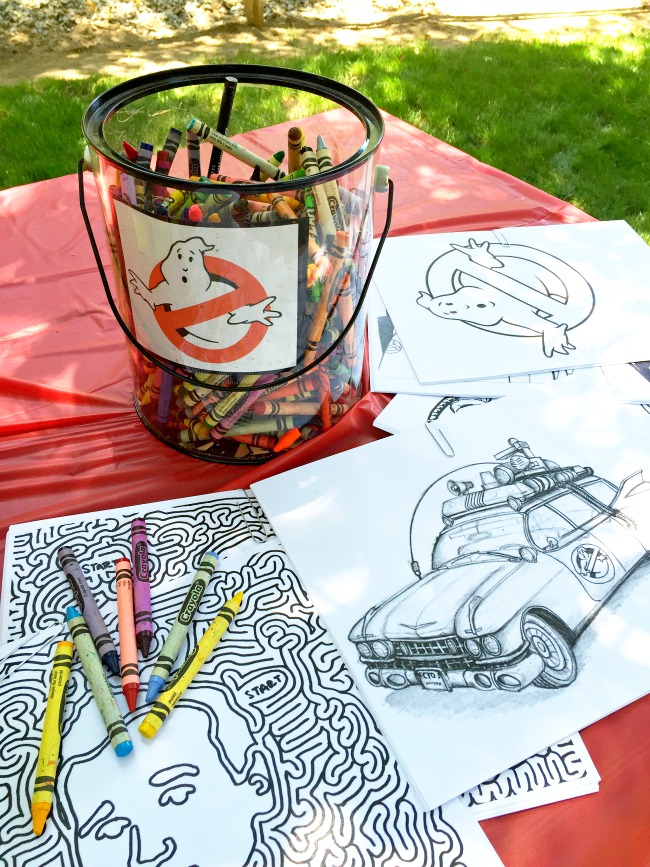 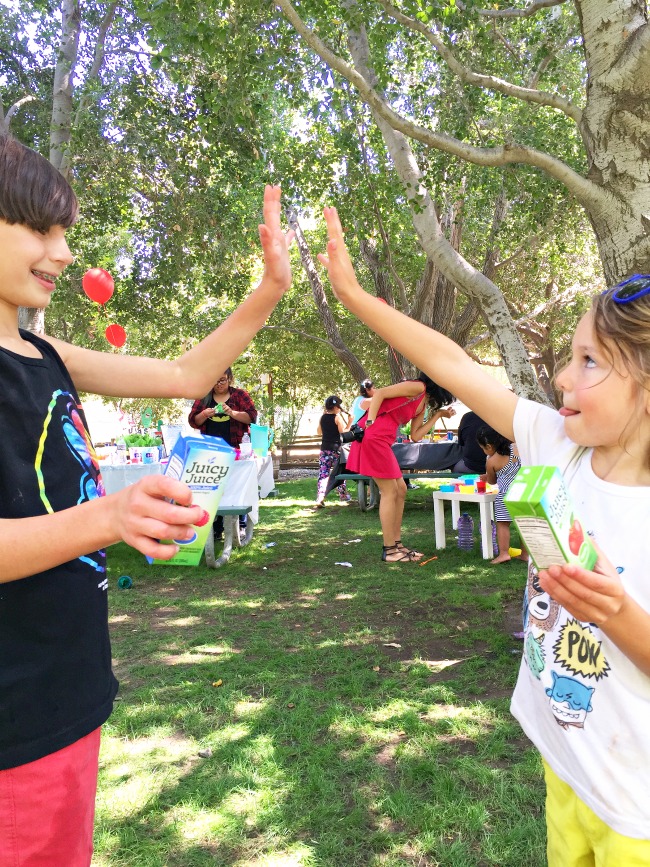 The kid is a hug fan of the Lizard Wizard, so we scheduled him to do his one hour show at the beginning of the party. This guy is awesome. He brings out a bunch of lizards and reptiles and other sorts of animals that kids seem to love. He does a whole show with jokes and gives all the kids an opportunity to sit with the birthday child and hold different animals. At the end, he has a petting zoo where it’s basically a free-for-all. The snakes, alligators, tarantulas and everything else are passed around for the kids and adults to touch, pet and pose for photo opps. Thankfully, the Lizard Wizard also has an assistant and they make sure that all the animals are treated well and are safe. Oh, and did I mention that he brings out a giant turtle for the kids to clean with toothbrushes? It’s a riot. At the end, he lines up all the kids and hands them a giant banana snake. It’s the perfect ending to his show. 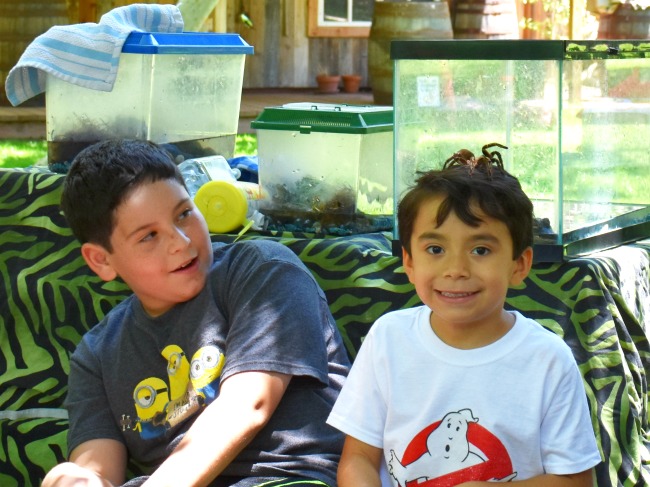 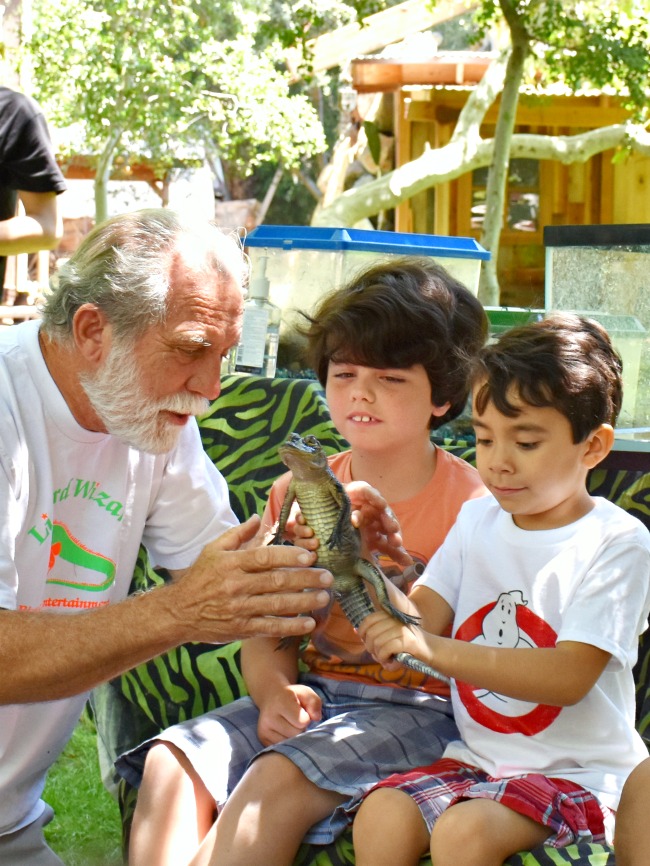 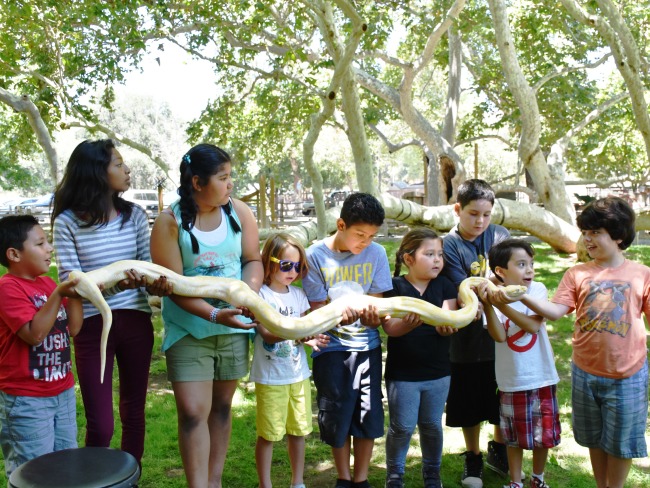 We went really easy on the decorations because the place where we held the party, Locomotive Loop at Irvine Park Railroad, is gorgeous as it is. 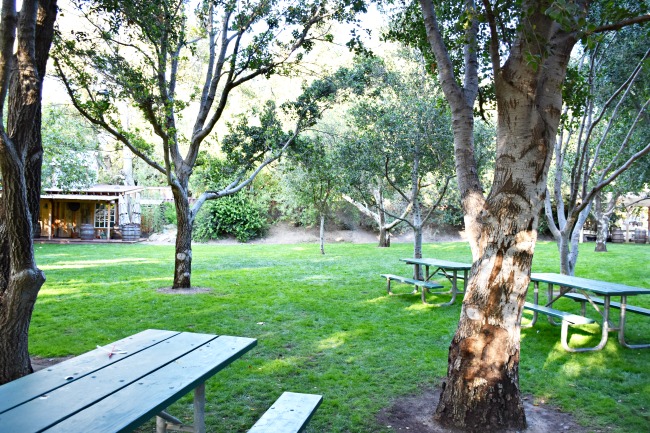 Although, my friend did make the cutest Ghostbusters centerpieces for all the tables. Everything was simple, colorful and perfect amongst the crazy kids running around. 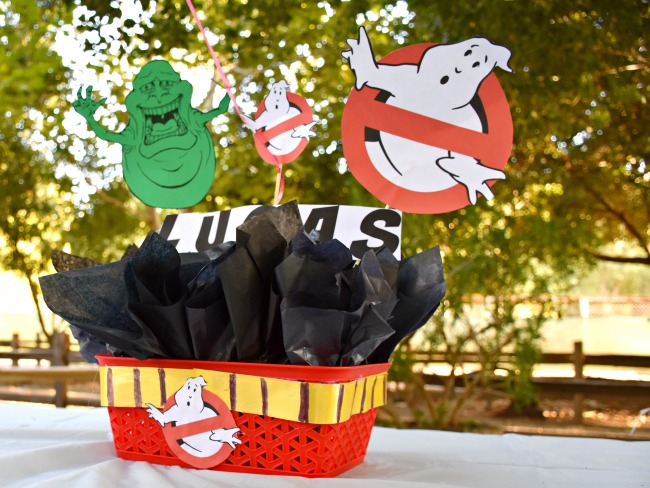 We had plenty of water and juice for the kids in big plastic tubs. We’re a huge fan of Juicy Juice, so I knew that I wanted to get a bunch of juice boxes and Splashers pouches. They were a huge hit with the kids! I put the juice boxes in the freezer a couple of days before the party so that I could take them frozen the day of the fiesta. I knew that parents wouldn’t mind a couple of juice boxes here and there, especially with no added sugar and 120% Vitamin C in every juice box. I’m glad I took as many as I did because the kids couldn’t get enough of them.

We kept the food pretty easy. The hubster grilled hot dogs and veggie dogs and we set up toppings and sides – just like a picnic. Thankfully, the spot that we rented had a huge grill for us to use as well as electrical outlets. So we set up nacho cheese in a crock pot too. For dessert, we had twinkles (because Ghostbusters), mint chocolate cookies and my friend made mosaic gelatin. It was so good! 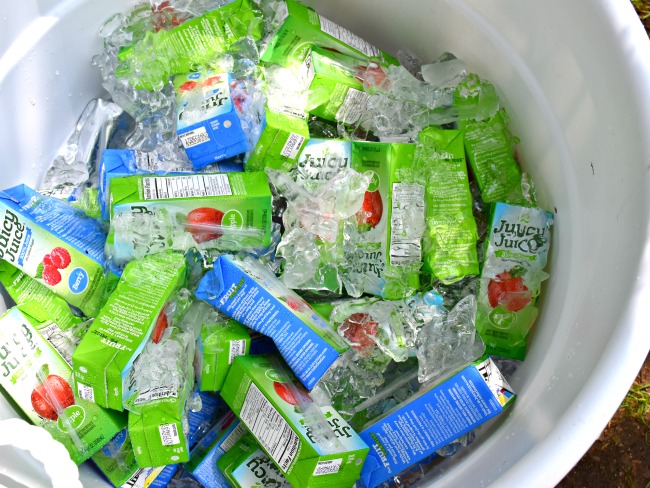 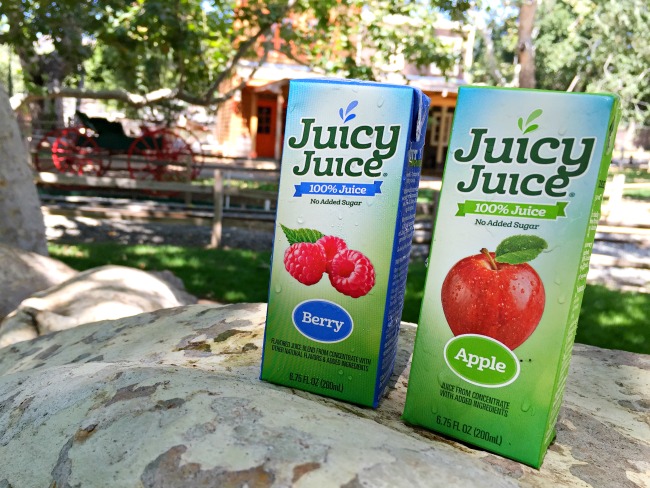 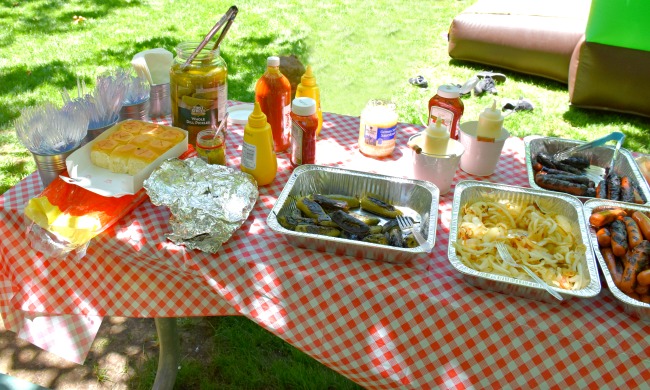 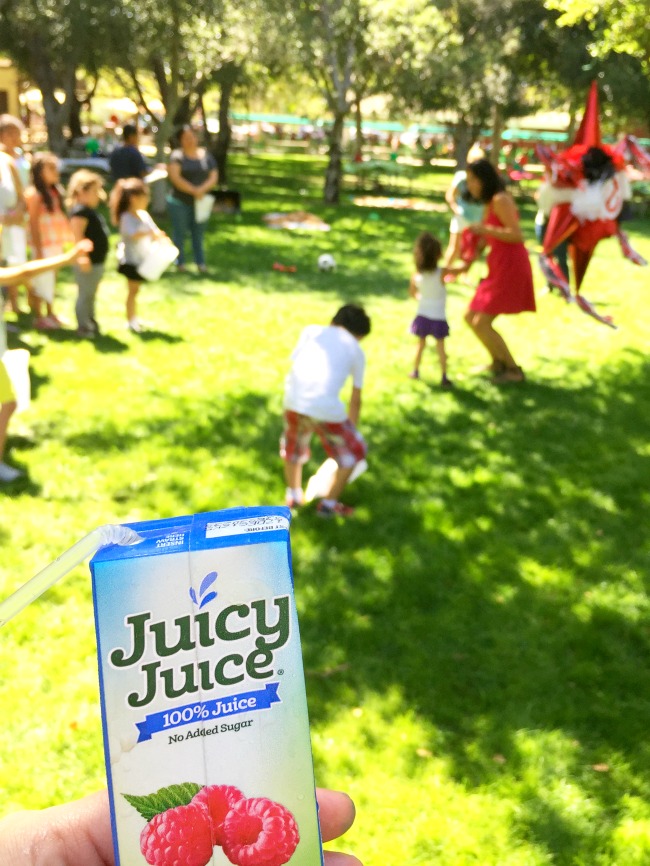 I ordered a custom Ghostbusters piñata from my favorite place – Gosa Toys. It was under $20 and we filled it with lots of candy and small toys. The kids took turns swinging at it until everything inside spilled out. It was awesome. 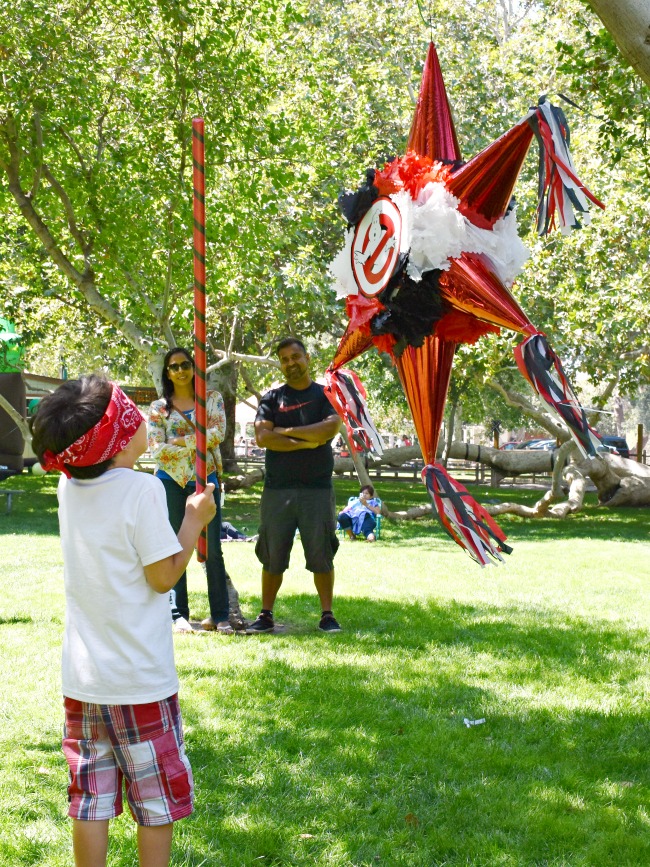 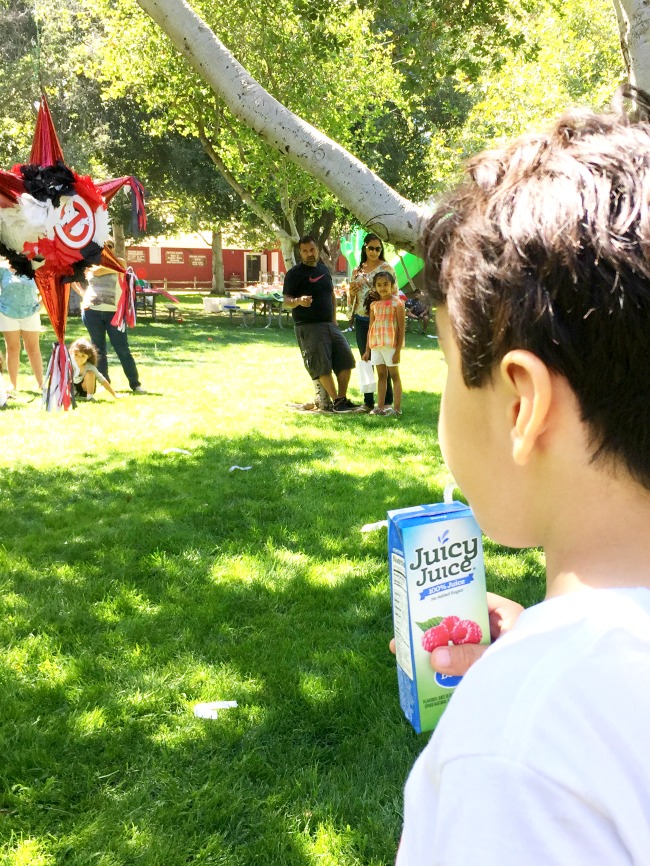 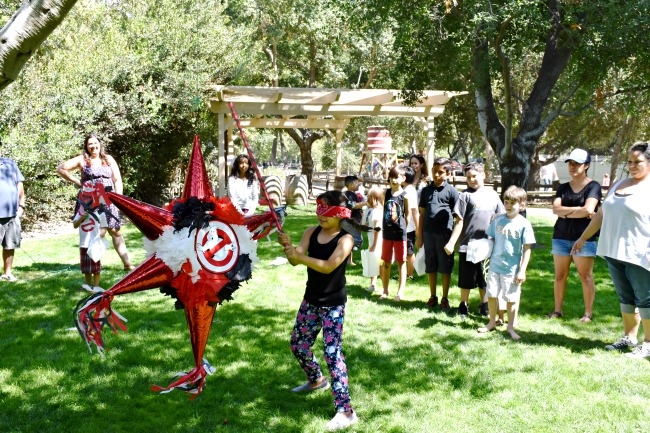 The kid opted to have donuts instead of a cake, and I gotta say, that was music to my ears. The hubster ordered dozens of regular and mini size donuts and we handed them out to everyone after singing happy birthday with Ghostbusters playing in the background. It was great because we didn’t need forks or plates! Just a napkin and we were good to go. 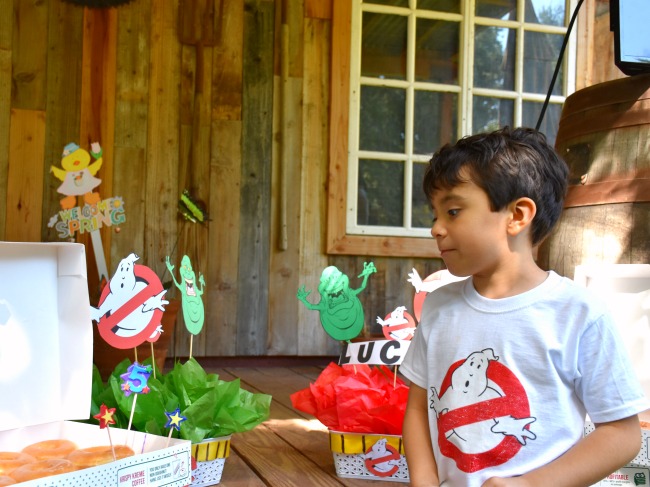 We had the best time at the kid’s birthday party. It was a lot of work, but I’m so happy with the way everything turned out. And my friend’s centerpieces? I really feel like they pulled everything together. Our guests had a great time and I got pictures later from many of them sharing their slime masterpieces with us. I definitely need time to recuperate from this Ghostbusters birthday party, but it was so worth it. Oh, and stay tuned for those DIY posts! You might want to make your own jumbo Jenga some day. 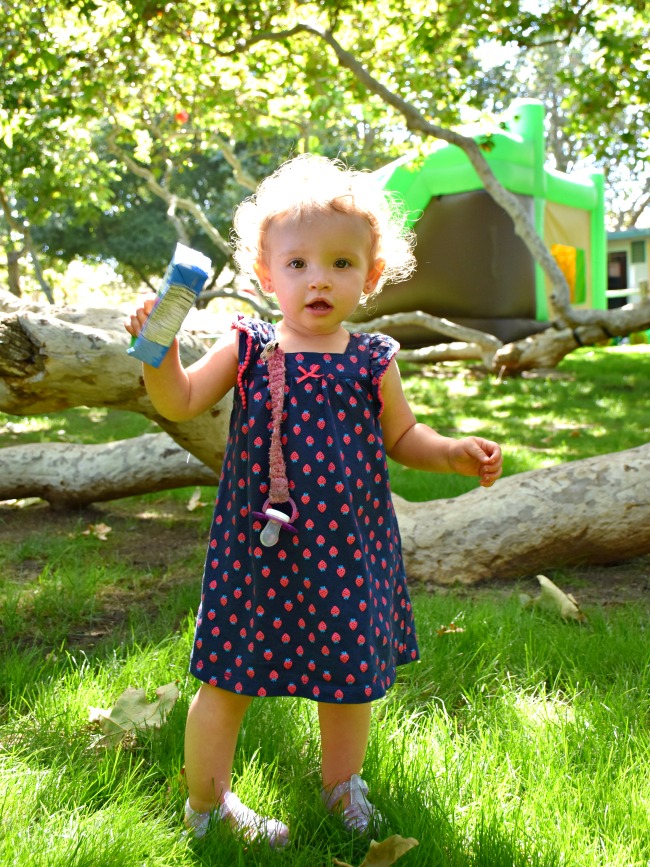 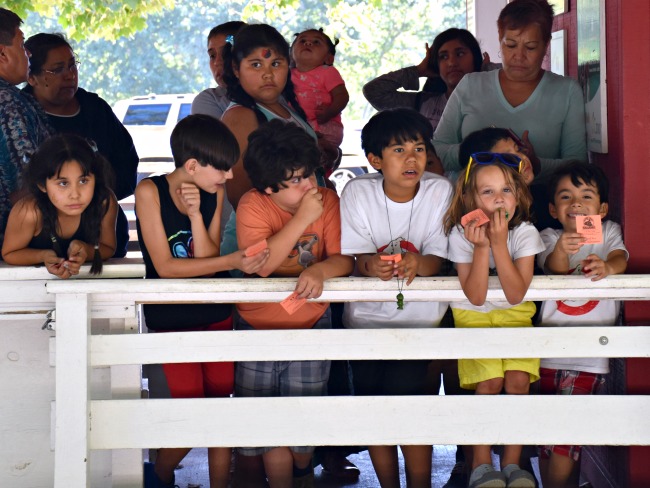 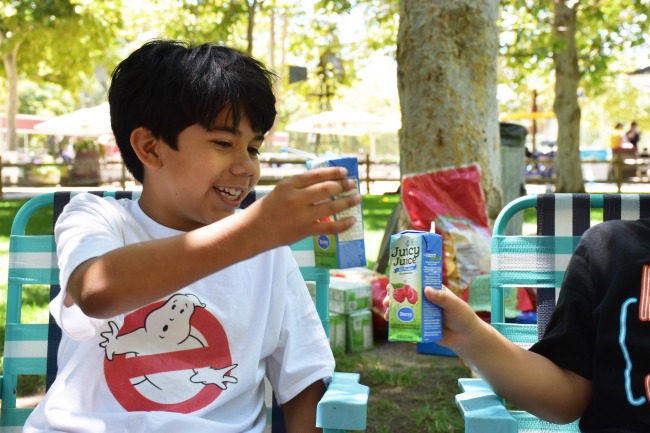 Click the links below for all the printables featured above. All printables print in 8×10 format. I printed them onto 5×6 picture paper for the ones that went in the frame. If you do get a chance to use them, I would love to take a look!

Pin for later! Hover over the picture and click “save.” 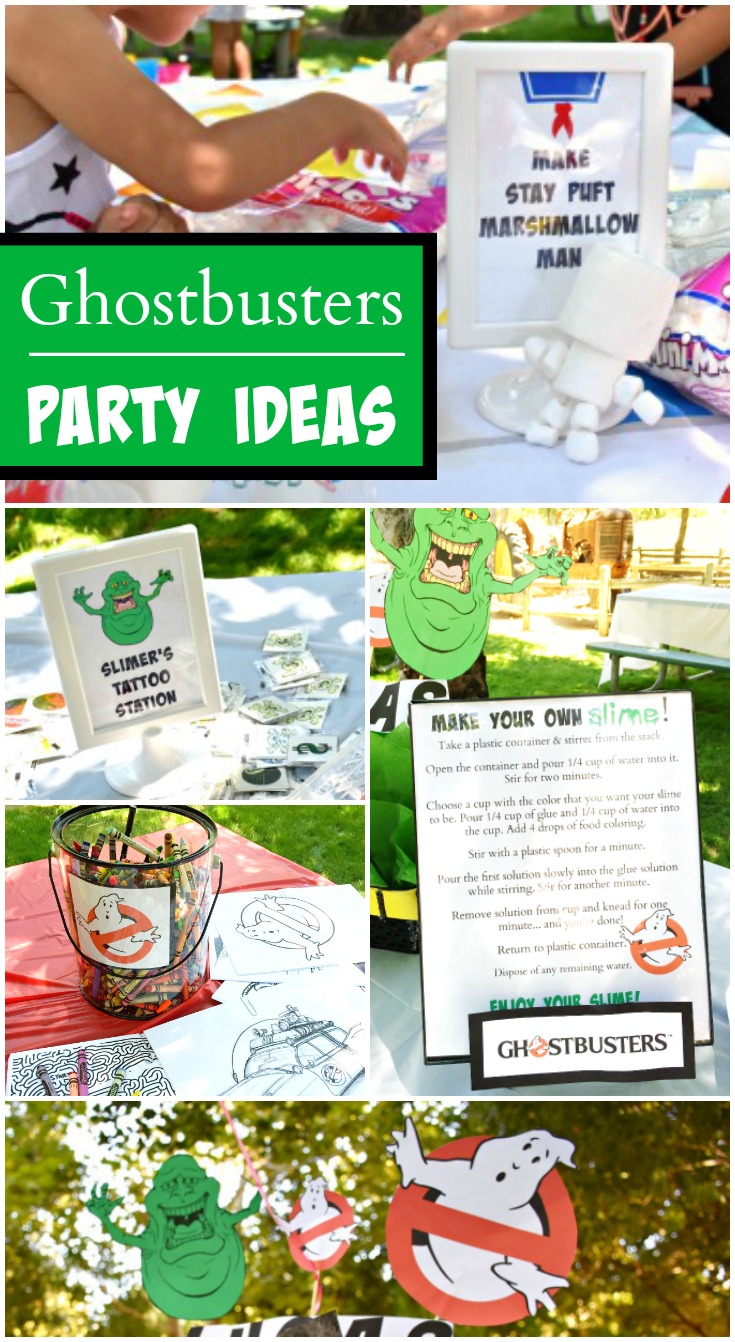