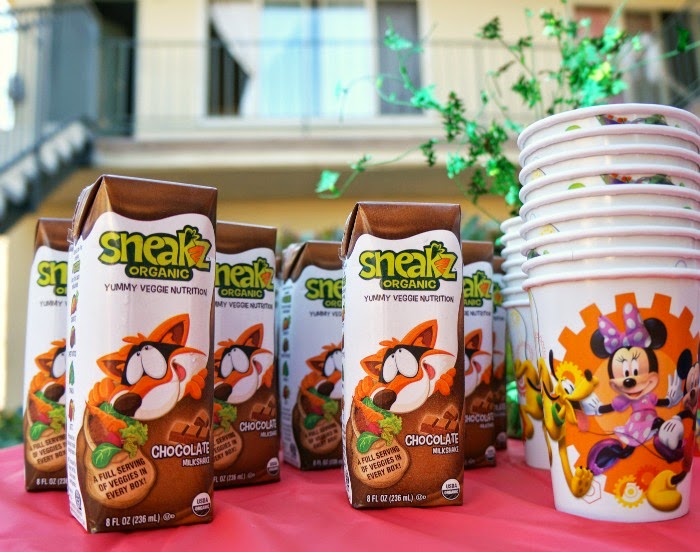 When Latina Mom Bloggers invited me to join their Disney Jr. campaign and host a Disney Jr. party, I knew right away where I would host it. Not at my home, but at my mom’s.

I should preface this post by saying that before moving out at 18, I lived in the same apartment (apartment #9) my entire life. When I moved out, my parents moved into apartment #8 and my mom lives there now with my two young nieces. Not much has changed in the neighborhood. You can still go over any time of the day and see the overflowing parking lot, the tennis shoes wrapped around telephone pole cords and lots of noise coming from the kids that live in the barrio. 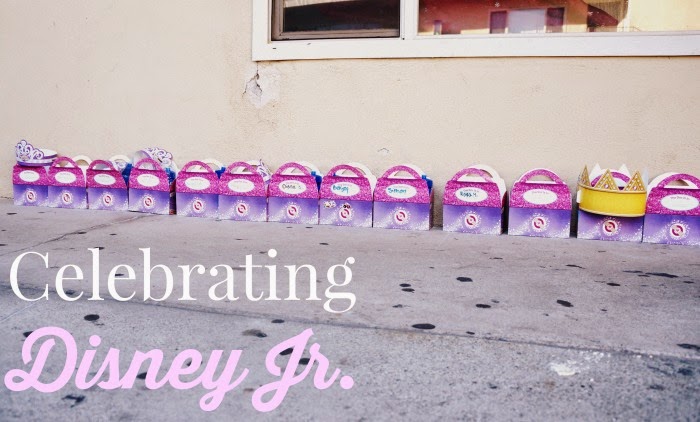 When the opportunity came up to host a fiesta for all things Disney Jr., I jumped on it. I knew that all the kids in the neighborhood would enjoy it, and I figured it would be a great kick-off to the Summer season. So I stopped by the market, grabbed a bunch of snacks and then hauled everything over to my mom’s. 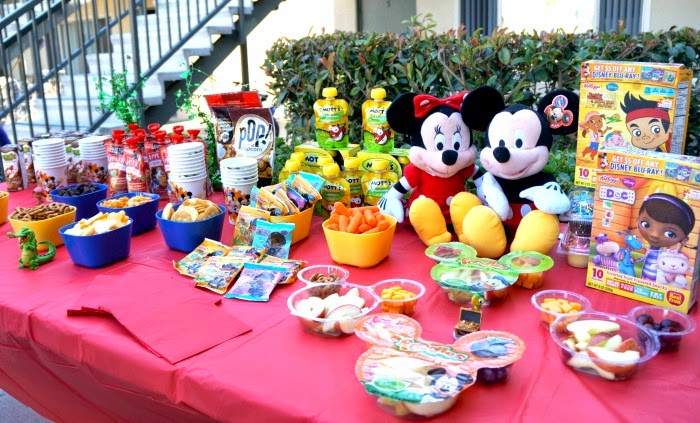 It took all of five minutes to invite the kids to the party. We quickly set up as best as we could. Well, as best as we could with kids constantly asking, “can we start now?” They were so impatient and kept oohing and aaahing at every Disney-themed food and activity. 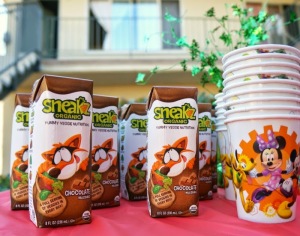 It was so much fun bringing out treats for them. Some of which they had never tried before – like Sneakz Organic. Sneakz is a chocolate milkshake that has a full serving of veggies in each serving! Shhh… don’t tell the kids!

I usually pick Sneakz up at my local Sprouts, but you can also find them at Super Targets, Babies R Us, and online at Amazon.

We also set up a table to house all the awesome Disney Jr. items that were sent for the kids. We had them get in a line and take their first activity – decorating Doc McStuffins “doctor’s bag” and assembling their crowns and tiaras. 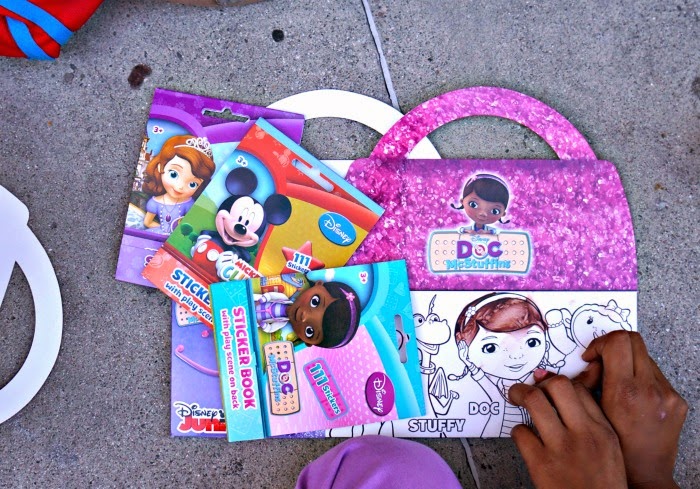 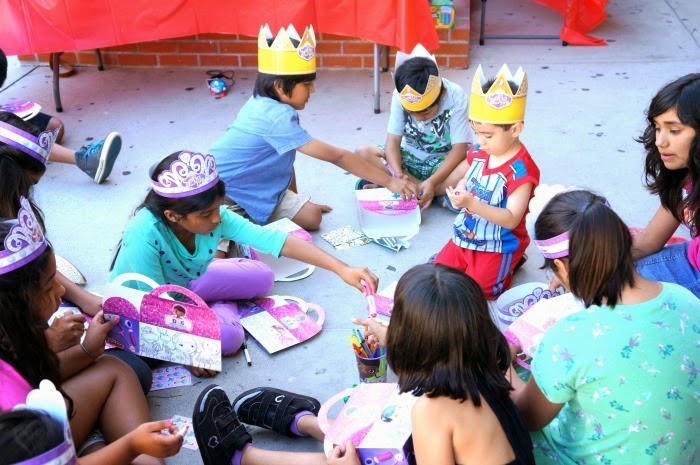 It was an easy enough activity for everyone to enjoy for a while. A few stickers, lots of markers and kids as young as three were able to get in on the fun! We had them set them up against a wall and stuck a Disney Jr. water bottle inside it for later. Then we moved on to games! 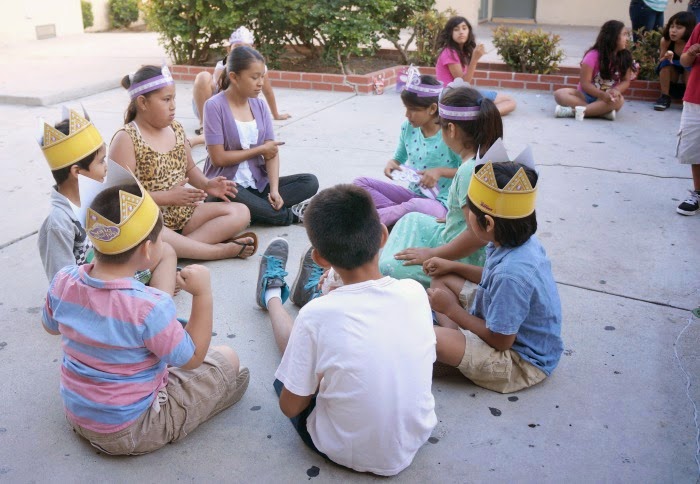 We focused on easy games that children of all ages could play. We used one of the tiaras and played “Hot Tiara” – instead of hot potato. We jammed to Disney Jr. DJ Shuffle that we downloaded. And of course, each game needs a prize so we gifted a copy of the CD to the winner. The kids LOVED hearing theme music from some of their favorite shows. 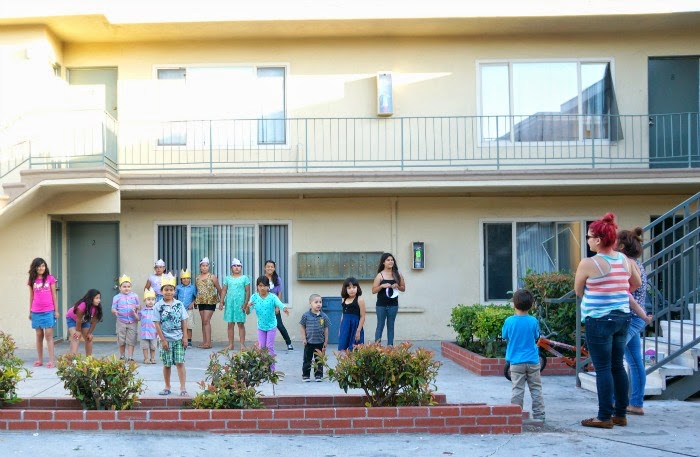 Next, we played “red light, green light.” Unfortunately, some of the younger kids had to sit out the game. I invited some of the adults to help me by being extra strict with the kids on who moved when it was time for red light. It was an intense game! 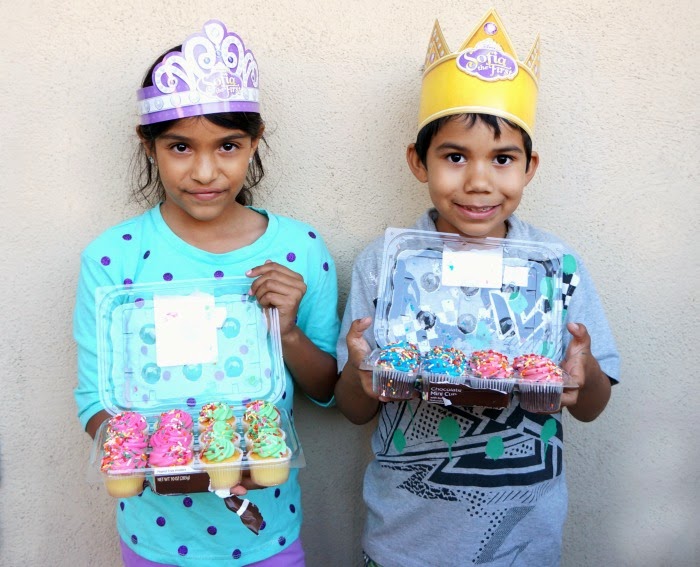 We then appointed a king and queen to pass out mini cupcakes then I let them run wild with a lot of chalk, jump ropes and hula hoops. They spread out all over the courtyard and it was so great. 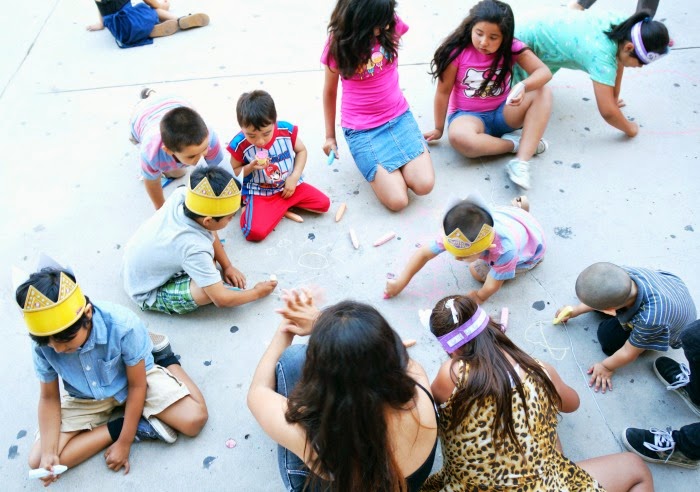 We refilled the food station a few times and had a blast just doing fun kid things with music blasting in the background. The kids walked away with some additional Disney Jr. swag and lots of memories.  They’ve already asked when I’ll be back with more! 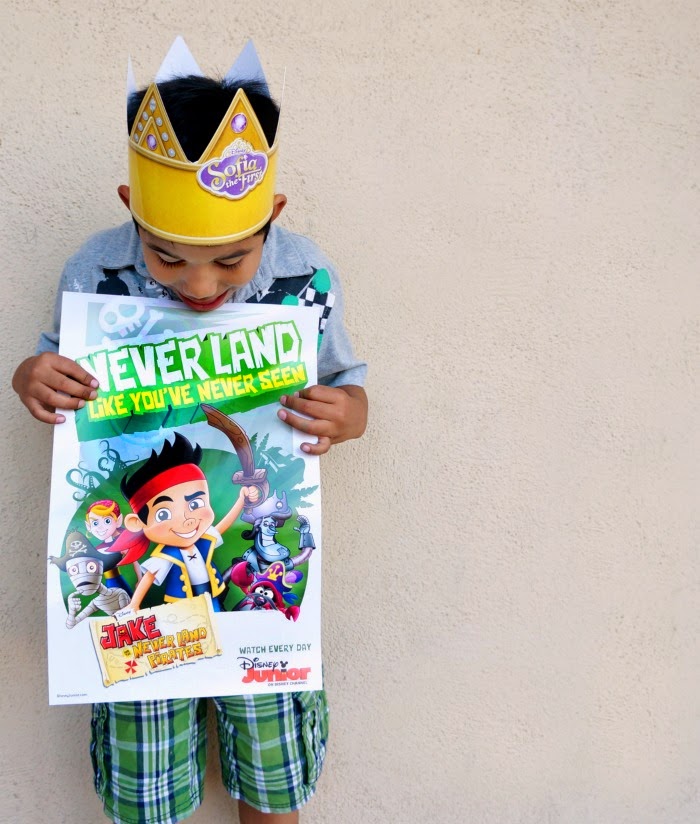 Come back tomorrow and check out more pictures from this Disney Jr. party. Meanwhile, don’t forget to visit the Disney Junior Facebook App and submit Disney Junior inspired family photos for a chance to be featured on TV!

This is a sponsored post in collaboration with Disney Jr. and Latina Mom Bloggers. All thoughts and ideas remain my own.