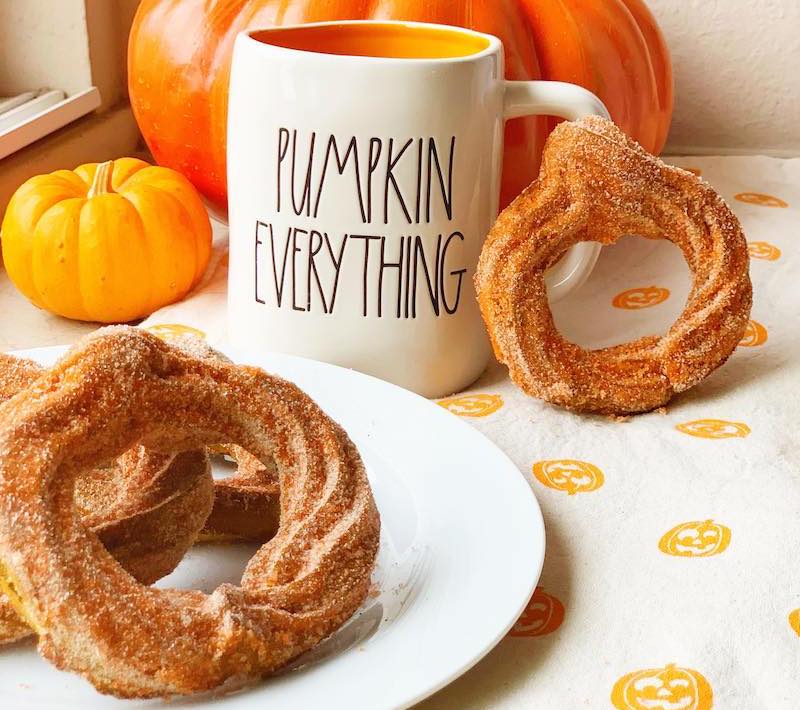 It’s that time of the year again, PUMPKIN everything! As cans of pumpkin puree hit the stores, we couldn’t decide what dessert to make for this season. Then it hit us, pumpkin spice churros!!!

Churros are one of our favorite desserts growing up, and still as an adult. Now that Fall is here we decided to celebrate the season with two of our favorite flavors, pumpkin and churros!

We decided to opt out of frying the churros and instead bake them. Another plus it’s that it is less of a mess by baking them.

For the Churro Cinnamon Sugar mix:

Enjoy them with some abuelita hot cocoa or champurrado!