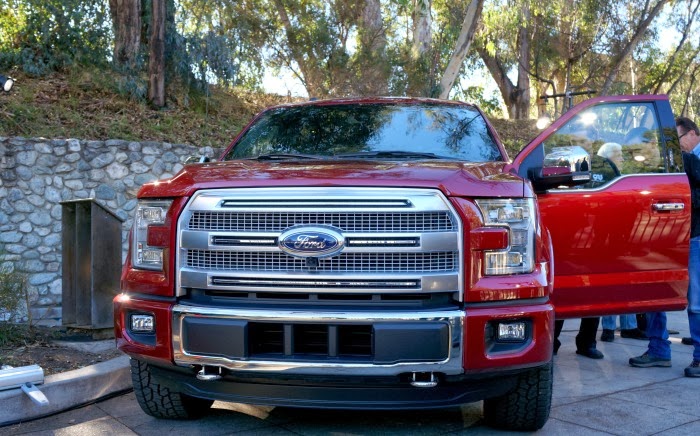 Ford visited Los Angeles River Greenway Park to debut the all-new Ford F150 and put it straight to work with a volunteer clean-up and planting day at the park. My son and I were on-hand to check out this massive truck for ourselves and help beautify the LA River.

The truck is gorgeous. Hubster dreams of a day that he gets to own a truck, and this one might be it. It would meet our family needs with the spacious interior, media console, large amount of storage space and safety features, and his guy needs with the horse power, lightweight frame and great overall look. It’s the truck of the future and it looks like it would be a blast to drive. 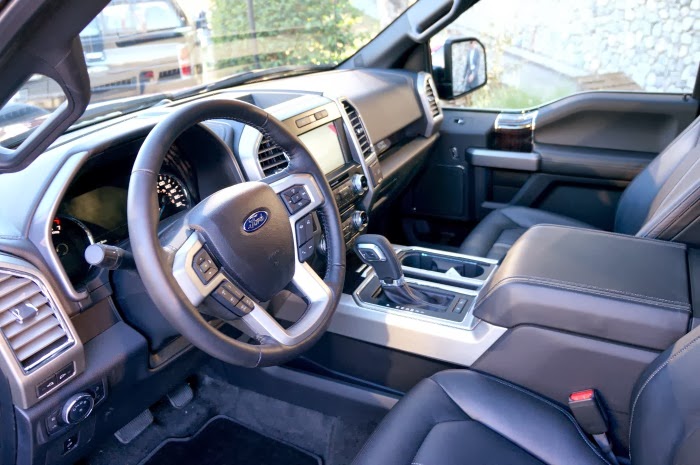 What makes the Ford F150 so different: 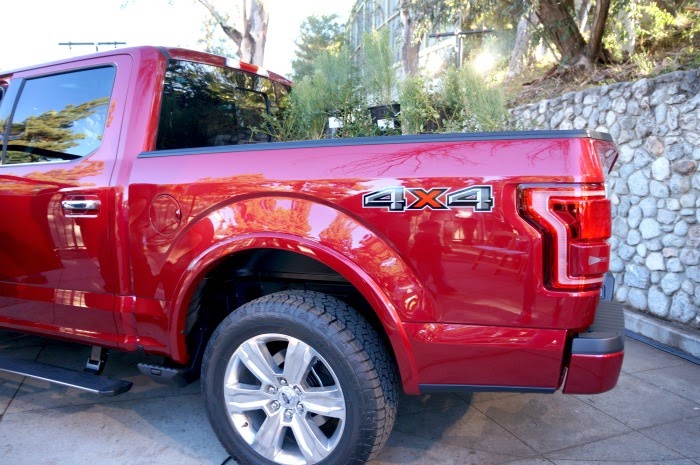 The 2015 Ford F-150 is the strongest and most durable F-150 ever. Before it goes on sale, it will have been torture-tested in labs for more than 10 million miles.

The tests include crisscrossing the country pulling heavy trailers and hefty loads through desert valleys and over high-altitude mountain passes – in temperatures from 20 degrees below zero to 120 degrees Fahrenheit. Ford customers who use the F-150 for construction, mining and utilities have also tested and helped prove out its high-strength aluminum-alloy cargo box.

A disguised new Ford F-150 even raced in the Baja 1000, where it earned the distinction of completing all 883 grueling miles while some other purpose-built race vehicles could not. 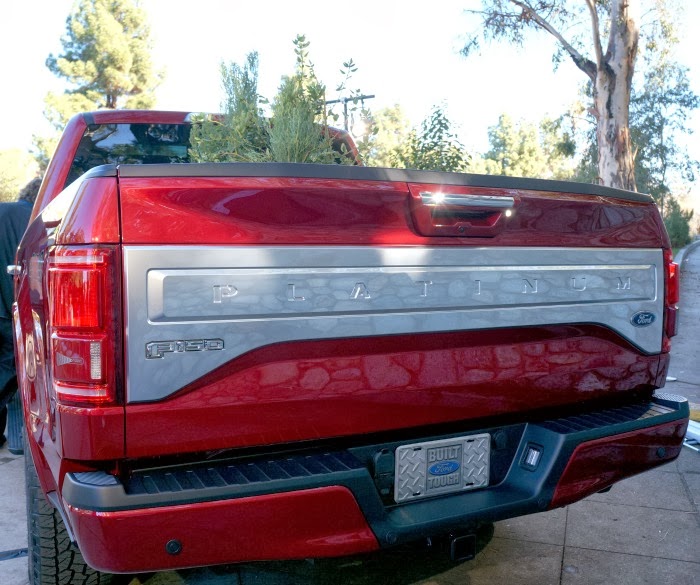 Smart innovations on the Ford F150

New 8-inch LCD productivity screen in the instrument panel, which includes updated truck apps – from fuel economy to towing tips – and the ability to create a customized home screen for customers to access their most frequently used apps in one place

LED lighting embedded in the walls of the cargo box, which brightly illuminates the box interior to help customers quickly find tools or other items

LED spotlights on sideview mirrors, which provide powerful, durable and bright lighting around the truck exterior

Remote tailgate, allowing for the tailgate to be locked, unlocked and released with the key fob – eliminating manual locking and increasing convenience and security. The tailgate also is damped, dropping down, hands-free, to a flat position when opened

Trailer hitch assist, a new rear view camera feature that adds a dynamic line based on steering wheel angle in the display to help customers line up truck and trailer without requiring a spotter or having to get out of the vehicle 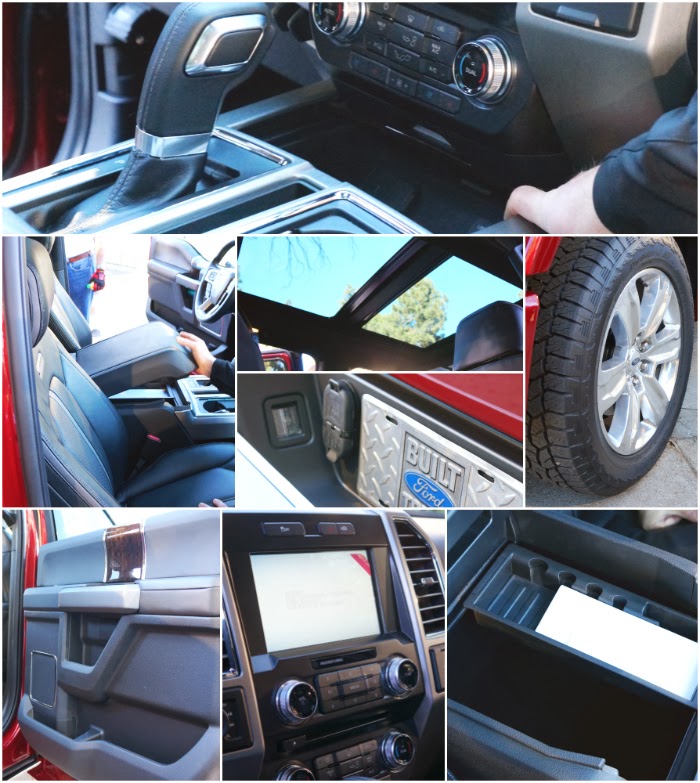 Ford continued their tradition of helping out the community with a generous check to the LA River Revitalization Corporation, along with some dedicated Ford employees who donated their time to clean up this local treasure. It’s wonderful to see a company with values who also does more than just make great products.

The kid and I jumped in on the fun and put our work gloves on as we filled up bags of leaves, twigs, branches and trash from the side of the LA River. I can’t wait to see the finished product! 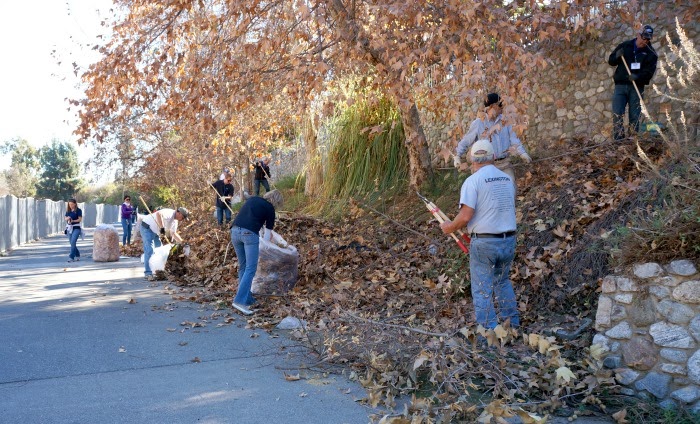 When it goes on sale late this year, the all-new Ford F-150 will continue the tradition of offering the broadest selection of trim levels in the full-size pickup segment. Five primary trims are available: XL, XLT, Lariat, Platinum and King Ranch. Chrome appearance packages are available with XL, XLT, Lariat and King Ranch. Monochromatic sport appearance packages are available with XL, XLT and Lariat. See more of the new 2015 Ford F150 on the Ford website and follow the hashtag #F150 elsewhere. 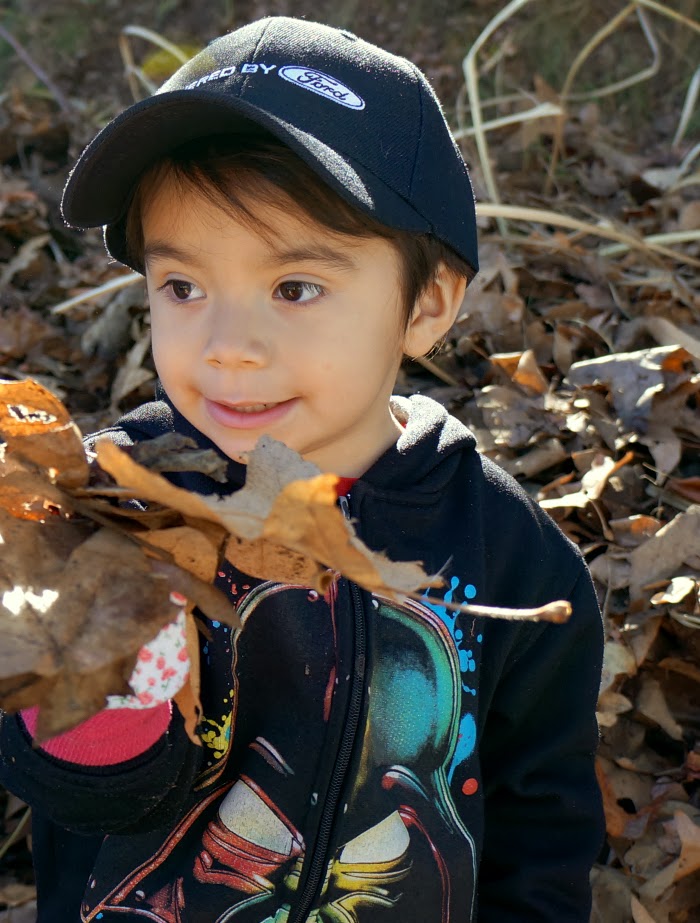