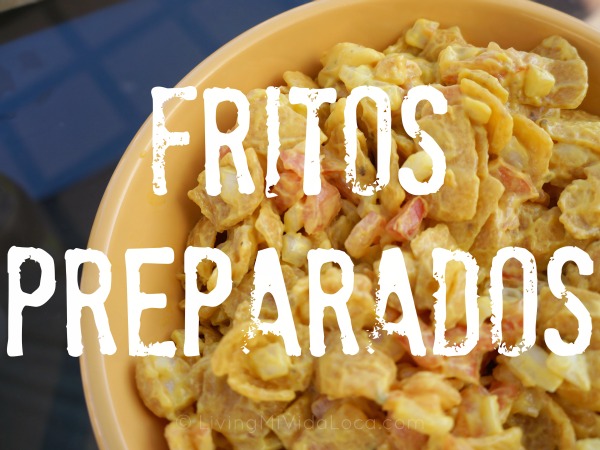 One of my favorite treats to make for the kids is something that my mom introduced me to when she used to take me to her hometown, street Fritos – fritos preparados. It’s literal translation is “prepared Fritos.” 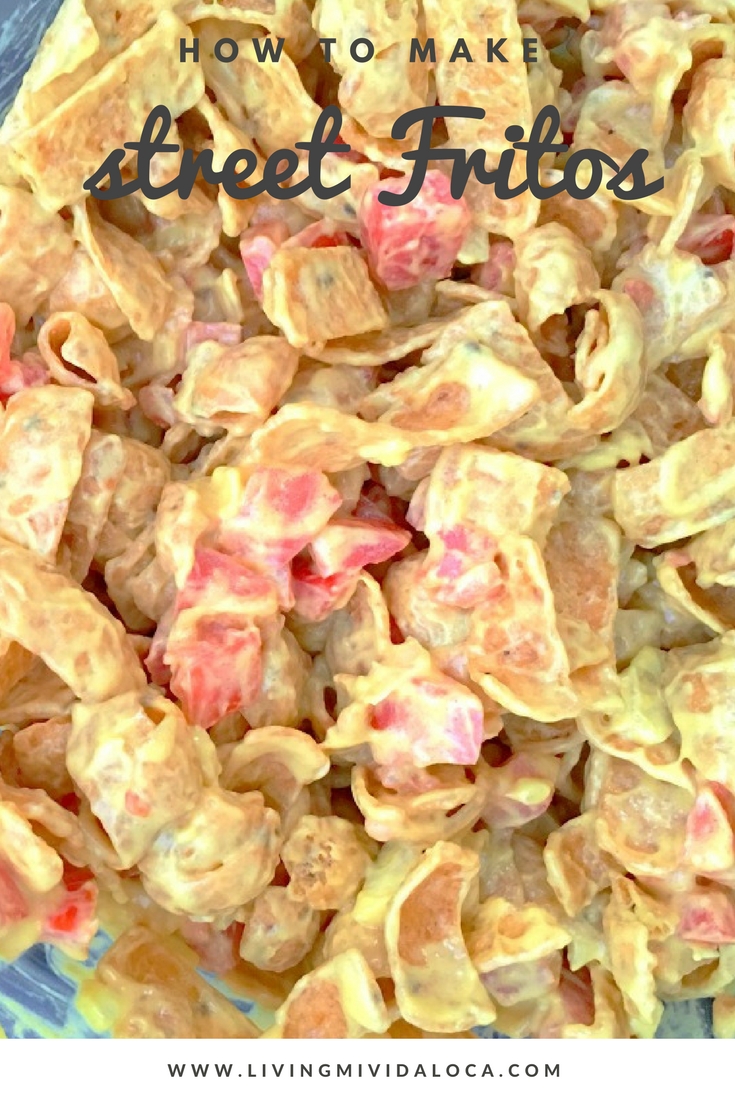 It’s sold in street corners all around her home town of Magdalena de Kino, Sonora in the very same carts that sell bacon wrapped hot dogs. You’ll notice the bag of fritos hanging from the side of the cart. The Fritos preparados that they sell there aren’t name brand because they have a tortilleria that makes them fresh daily. 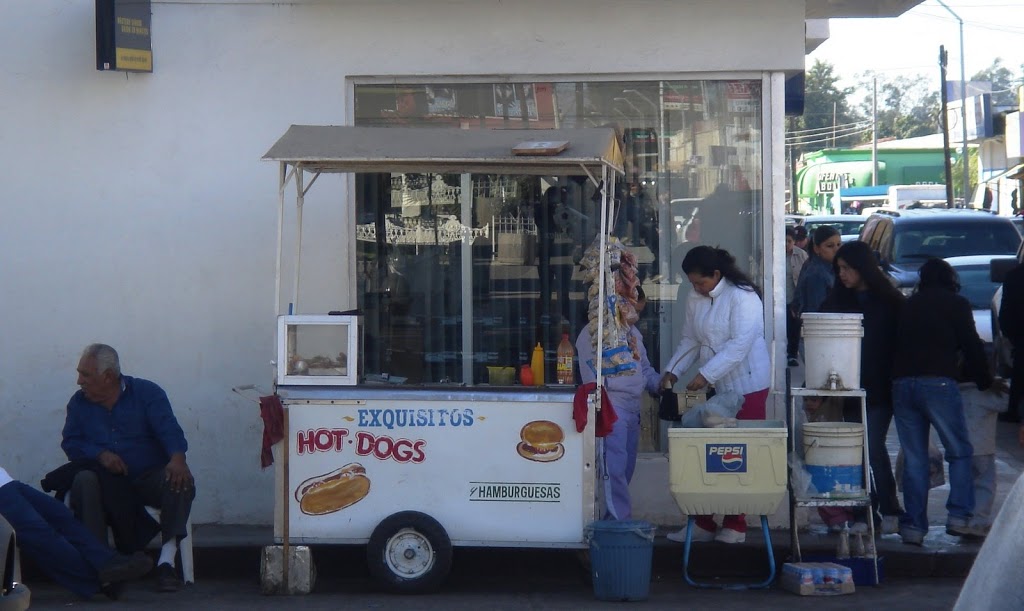 Now… I don’t make this treat very much, but when I do it’s a huge hit. You also have to eat them soon after making them, otherwise, they’ll get soft. I don’t think that’s going to be a problem though. These are delish. ¡Buen provecho! 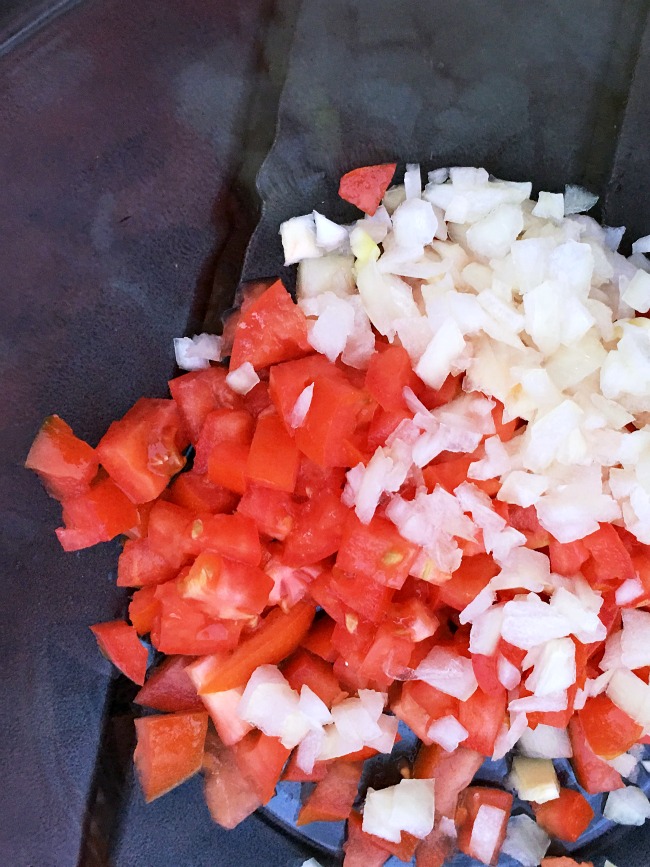 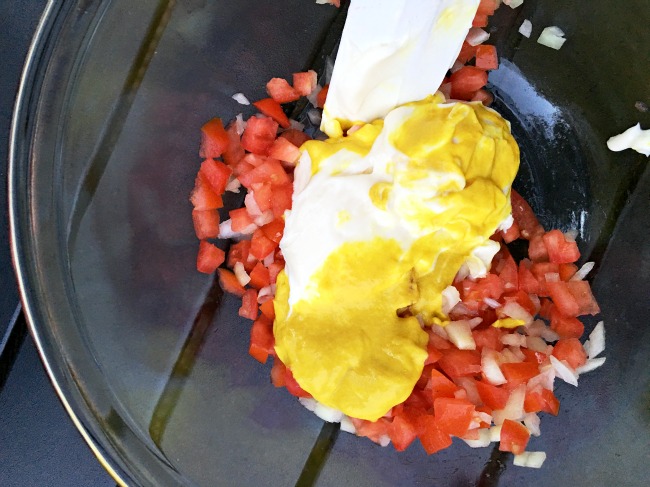 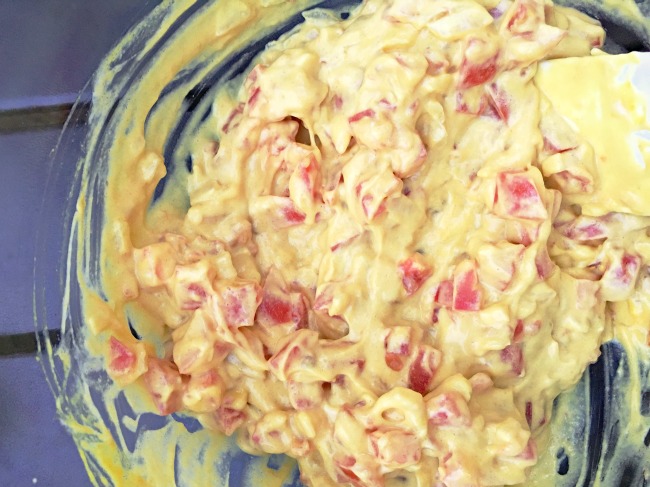 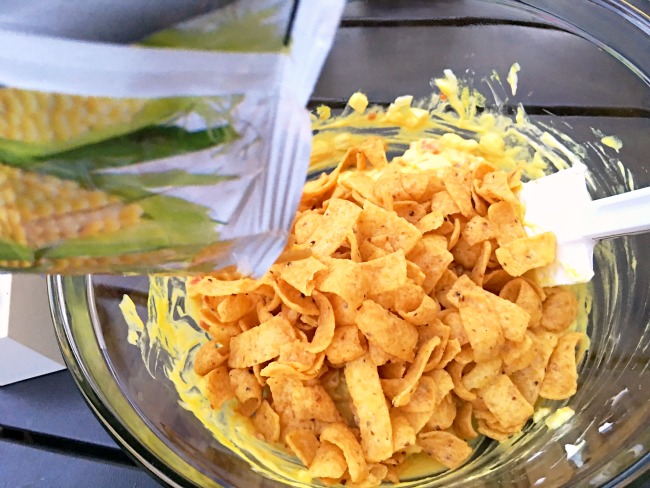 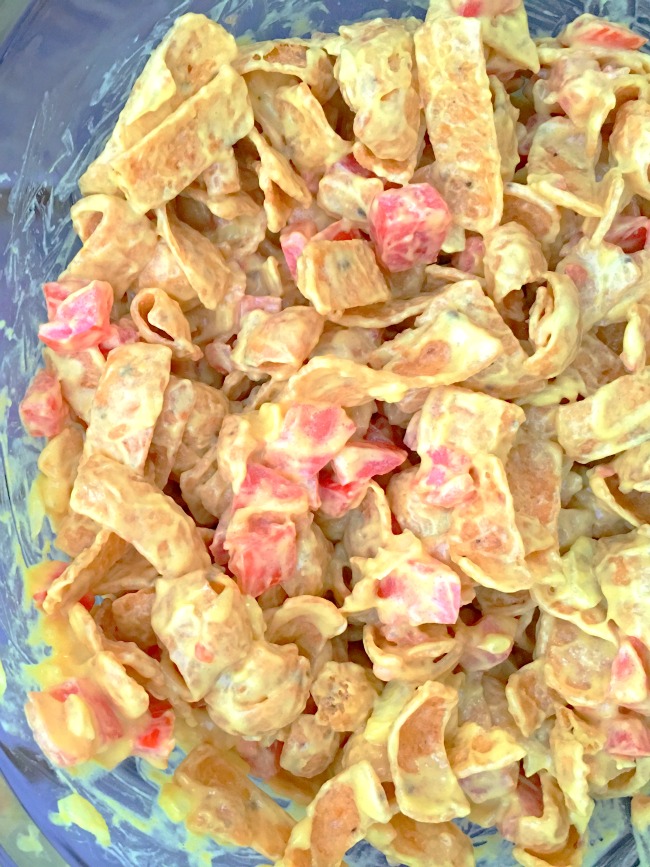 Now I know that they look a little weird, but if you think of it like a street food (which it is), I think you’ll just dive in and give them a try. We don’t put a lot of onion in ours because the hubster and the kids aren’t crazy about onion, so you can adjust that amount too. And hey, why not add some Tapatio sauce too and make it spicy? That’ll really take it over the top. 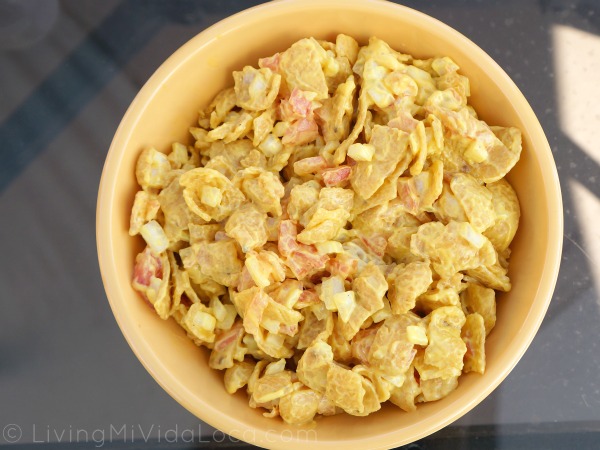