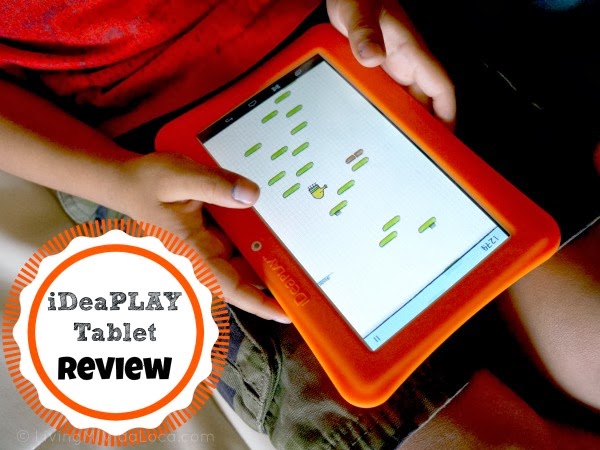 Few things are used more at home than our tablets. Unfortunately, we only have two. So when my oldest needs to use it for school (yes, my kid gets to use the iPad for school work), or they want to control the TV or maybe just play games, well, that usually means that the parents are out of luck. Not wanting to go out and purchase another iPad, we turned to a more affordable and much more kid-friendly tablet – the iDeaPLAY tablet.

The iDeaPLAY tablet launched on October 21, 2013. We received ours to facilitate our review and overall, we found it to be more affordable, perfect for kids and a great alternative to the iPad. I would recommend it for families with younger kids, but probably not for kids in their teens.

Kid Friendly
One of the best features on this tablet is its kid-friendliness and its high focus on kid safety. This Android tablet is COPPA compliant, meaning that it ensures children, (ages 4 and up) a fun and educational experience with flexible parental controls. I know that, thanks to the built-in Famigo interface, I can hand over this tablet to my kids and know that they won’t be browsing the internet without my permission, or even seeing ads while they play games or do homework. The built-in timer also allows me to set a time limit on its usage. It’s a great way to keep track of how much time they spend on their tech toys.

Specs
Sometimes you just want the numbers and to see what it has under the hood. Here you go: 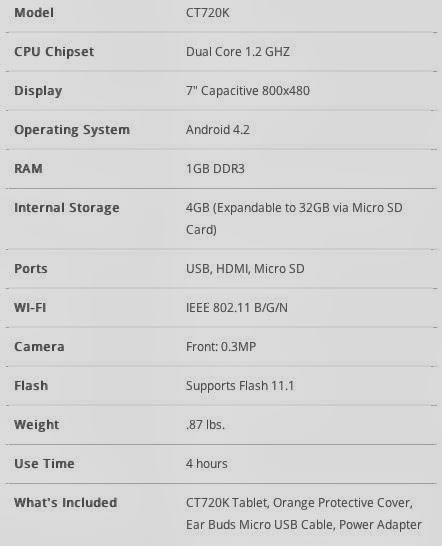 The ports are easily accessible, except for the SD card spot. That one is located under the protective cover. In my case, that’s perfect because there are so many things that could damage that one little port. 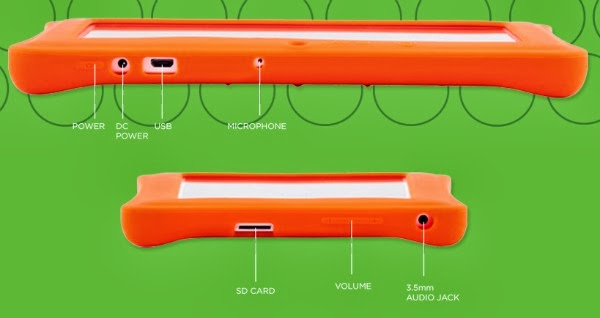 The battery life is listed at four hours. I haven’t actually played it (nor have the kids) for four hours straight so I can’t say if this is right on. However, the battery does seem to be drained even when it’s not in use, so I would recommend you plug it in before you plan on using it to ensure that it has enough battery life.

And as long as we’re talking tablet quirkiness, the tablet has a shortcut to take screen shots right along the bottom menu bar. I’m not quite sure why it’s there and the kids and I seem to hit that button a little bit too much.

Parent friendly
I found myself using the tablet myself when the kids left it on my desk. Although the screen is smaller than what I’m used to, I did like the fact that it was quick to open up applications, and it allowed for similar gestures that I was used to with my other tablets. I will say, however, that I found that sometimes the tablet didn’t respond to my touch. I’m not sure if it’s because it was used to little fingers, or simply because I wasn’t pressing down hard enough.

Because it is an Android tablet, feel free to download Netflix, Hulu Plus, etcetera. Make note that there are some apps that are not compatible with this tablet. But really, it should allow for everything that the kids need/want. 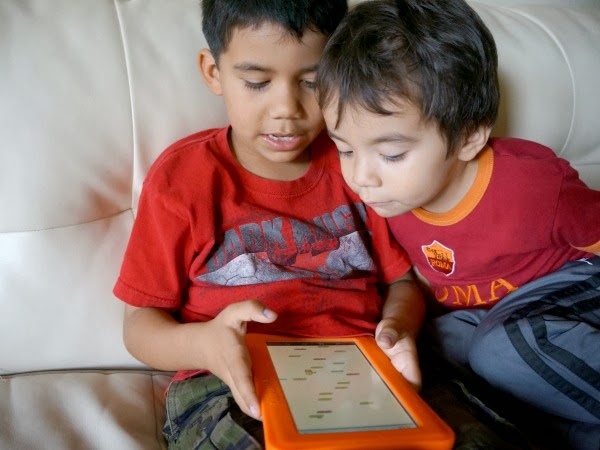 Famigo Approved
This is where the tablet stands out above the rest. Famigo is a service that is available on a month-to-month basis for $8 a month. This subscription allows you to purchase apps and videos that you wouldn’t otherwise have access to without it. It also lets kids use a kid-safe web browser and YouTube site (totally G rated). 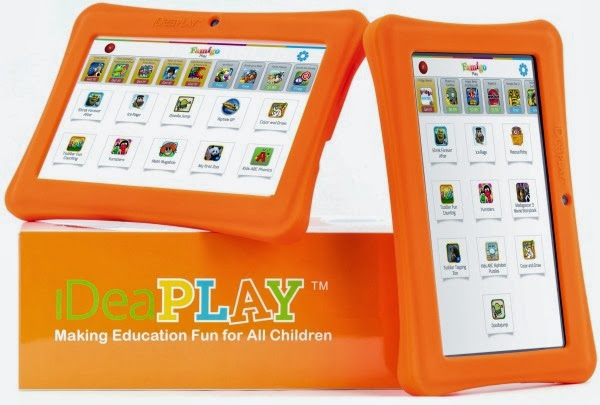 Price and Where to Buy
The iDeaPLAY is currently selling for $129 and it includes the tablet, the power adaptor, ear buds, the protective cover, a USB dongle and a micro USB cable. I do recommend that you get the kids the kid-friendly over-the-head headphones instead of the little ear buds that this one comes with because I’m not entirely sure that the ear buds have sound control. Plus, it’s so much easier on the kids to use the ones that go over the head.

Buy the iDeaPLAY online at major retailers including Amazon.com and in stores at Fry’s Electronics.

For a more detailed iDeaPLAY review, check out the video I made including the unboxing of the tablet and a Famigo walk-through.

What’s your favorite feature on the iDeaPLAY?

This is not a sponsored post. I received the iDeaPLAY tablet to facilitate this review. All thoughts and opinions remain my own.