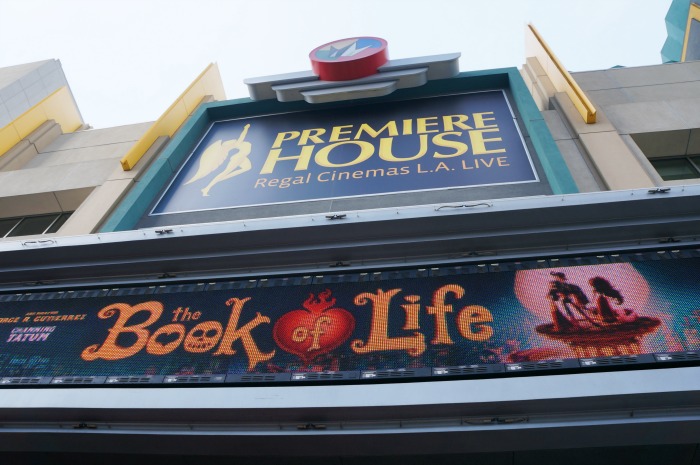 I attended The Book of Life red carpet premier and it was absolutely wonderful. It was great to be on the red carpet, but couple that with the fact that we’ve been waiting for-e-ver to see The Book of Life, well that just put it over the top. 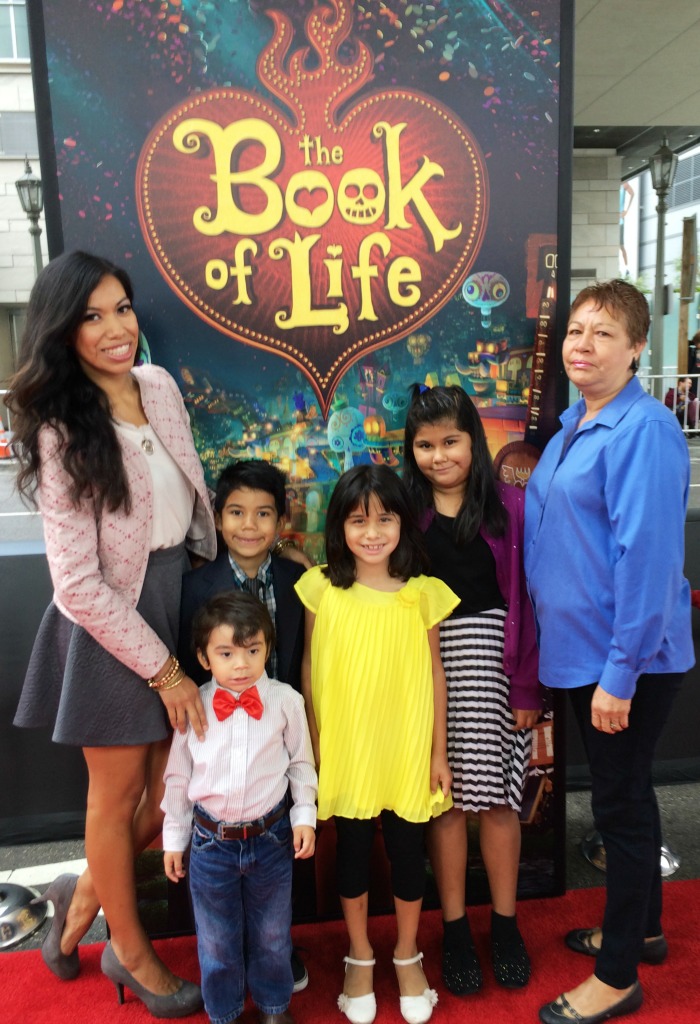 We’ve been watching trailer after trailer to catch new clips of The Book of Life. We’ve even downloaded the new game app! We read the profiles of the characters and celebrated this film that focuses on Day of the Dead – a holiday that my family celebrates every year. 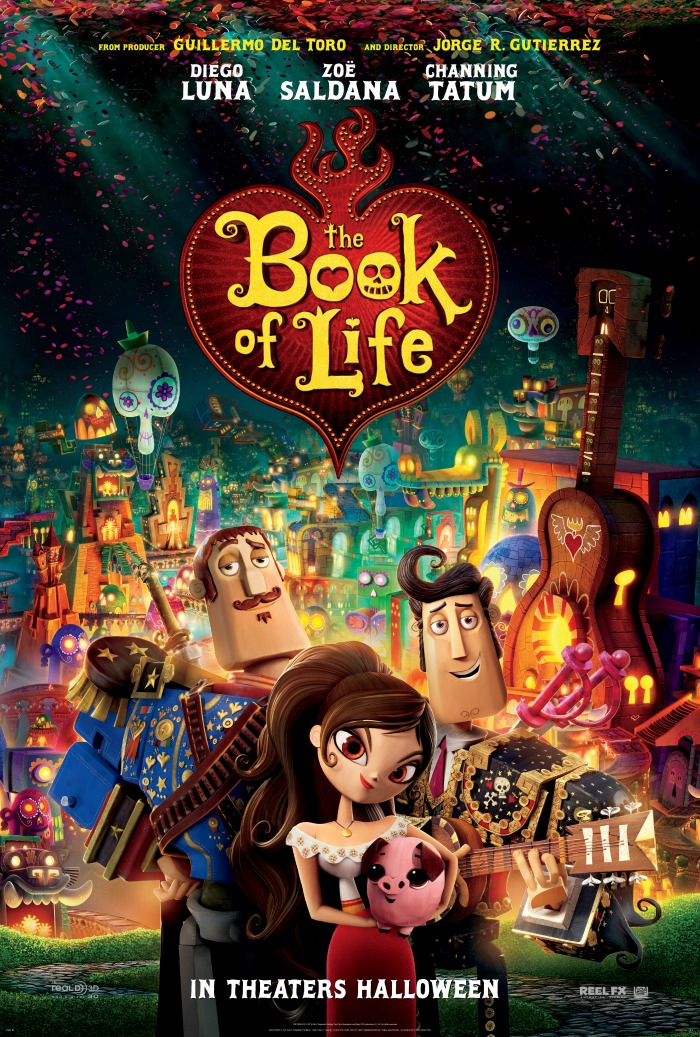 The star-studded cast walked the red carpet, interviewed with various media outlets and then we all sat down to watch this much anticipated film featuring some of the biggest Latino stars and focusing on November 2nd – el Dia de los Muertos.

Without giving too much of the film away, let me just say that this film that was six years in the making is a true representation of la cultura and the traditions – right down to the pan de muertos, papel picado and marigolds in the graveyard. 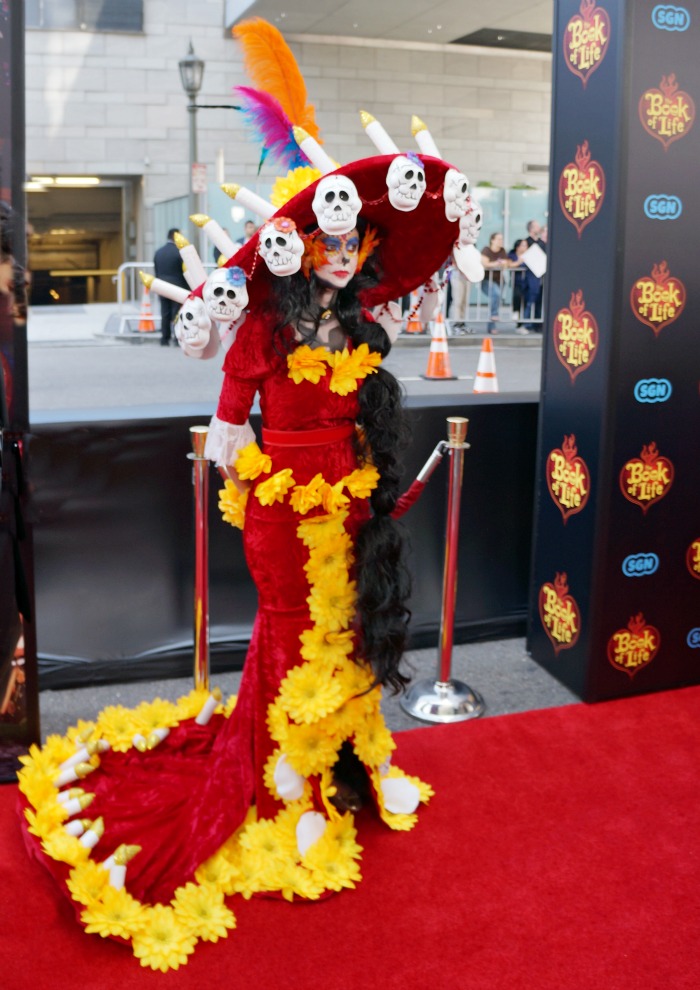 It’s a film that talks about the Day of the Dead without bringing fear into a child’s life, just like the holiday is really all about. It’s about celebrating those who have walked the earth and are no longer with us. 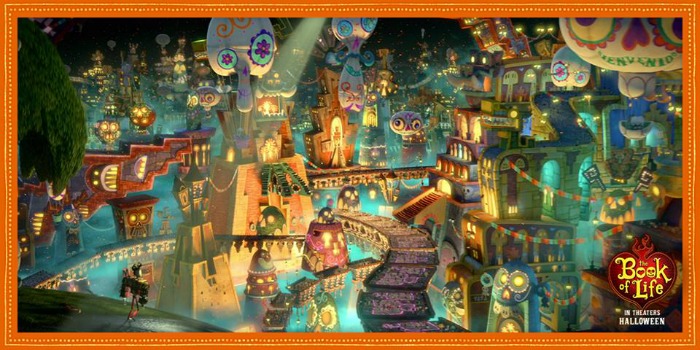 The film is visualizing amazing. It has a great soundtrack (including “Creep”), a great story and sayings that you’ll be repeating long after the film is done. It also features the voices of some of the biggest Latino actors and other star favorites. It’s one film that will quickly become a family favorite.

About The Book of Life

[pullquote width=”300″ float=”left”]”Anyone can die, but these kids will have the courage to live.” [/pullquote]

THE BOOK OF LIFE, a vibrant fantasy-adventure, tells the legend of Manolo, a conflicted hero anddreamer who sets off on an epic quest through magical, mythical and wondrous worlds in order to rescue his one true love and defend his village.

Once you see the film, you’ll want to pick up a few The Book of Life-inspired toys – and we have the scoop on where you can find them! Head over to Cost Plus World Market Book of Life Shop and find a colorful Tin Keepsake Box, Guitar, Maracas, Manolo Rubber Duck Bath Toy, Kaleidoscopes, and more.

Check out more pictures from our fun day: 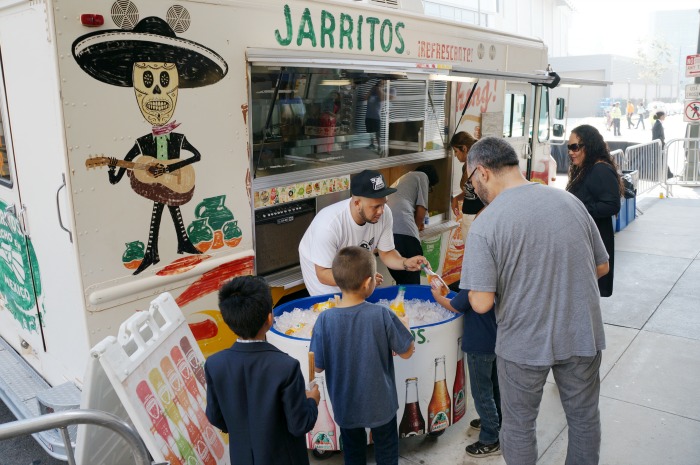 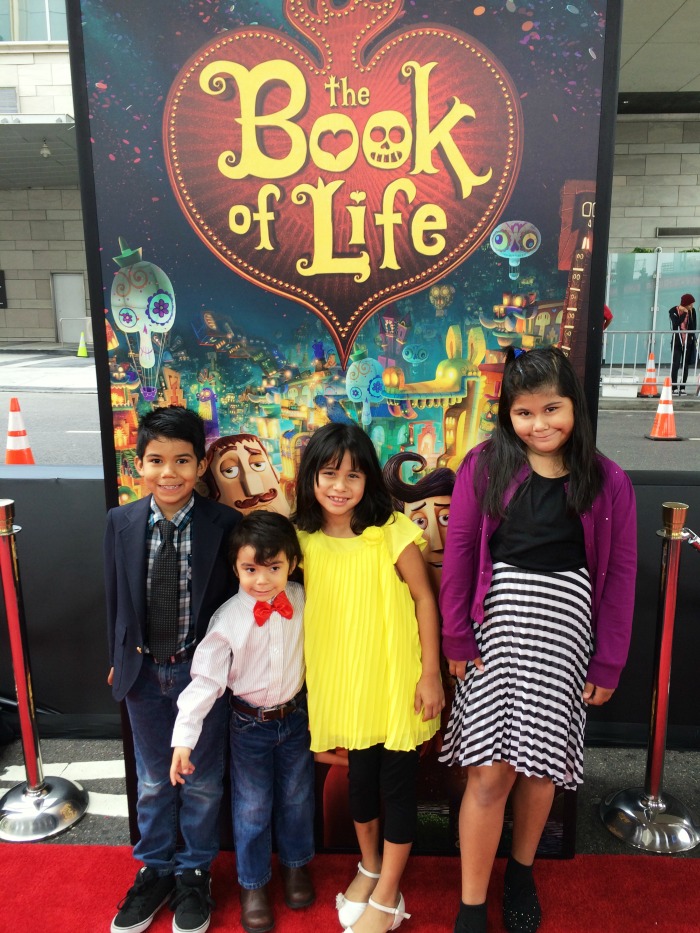 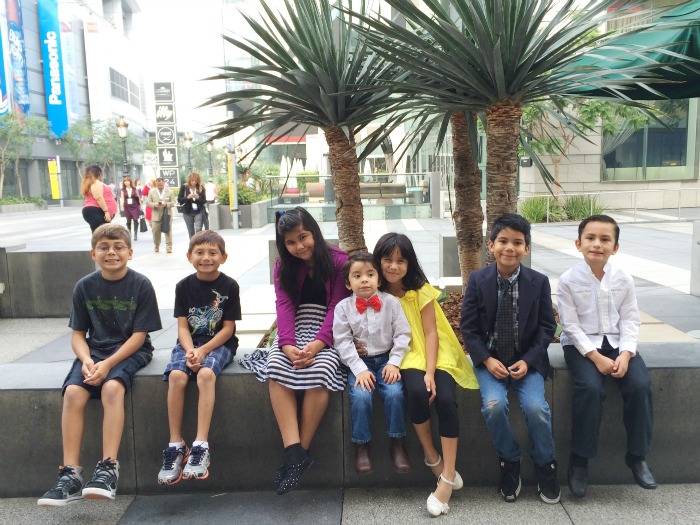 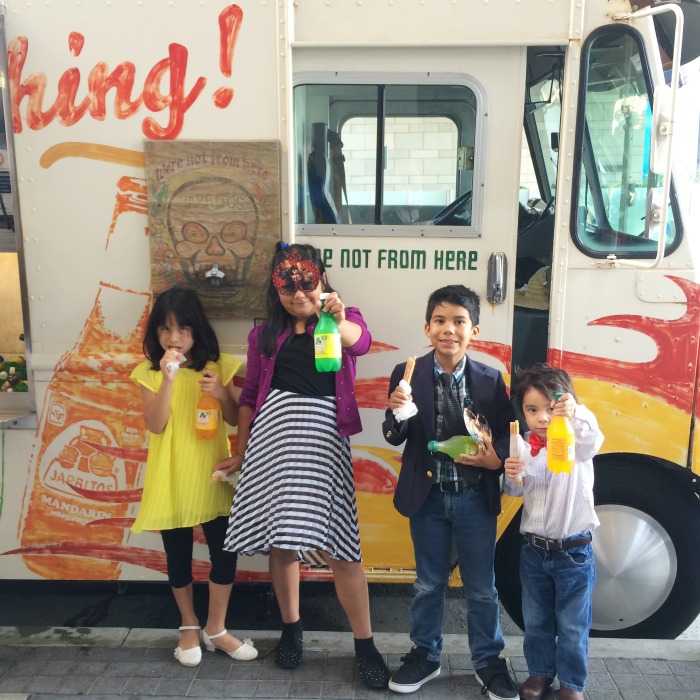 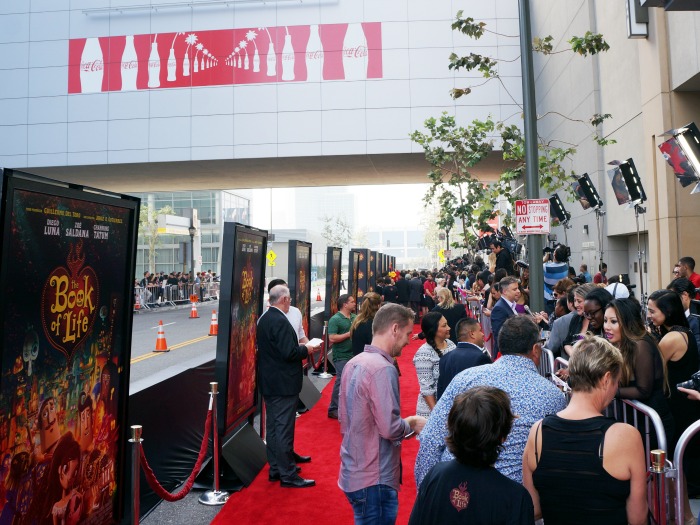 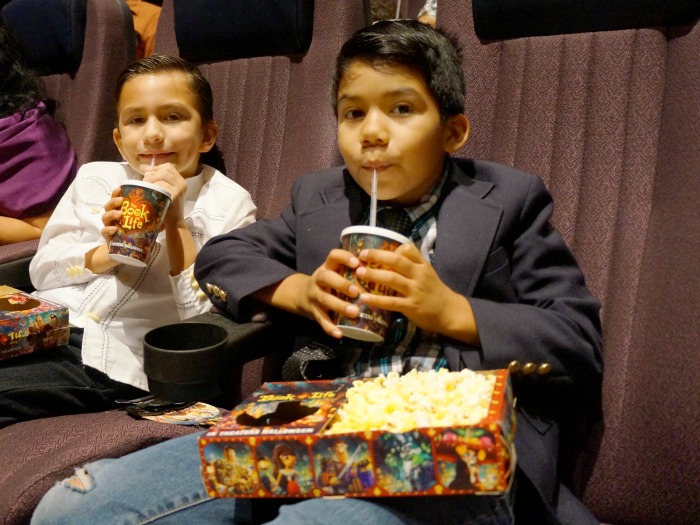 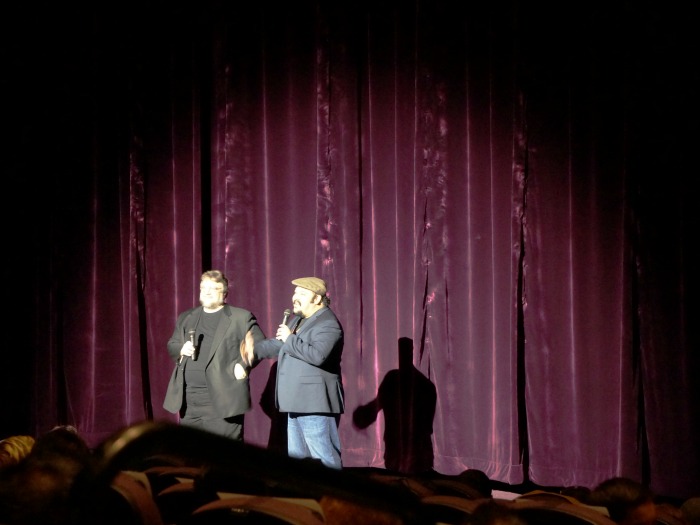 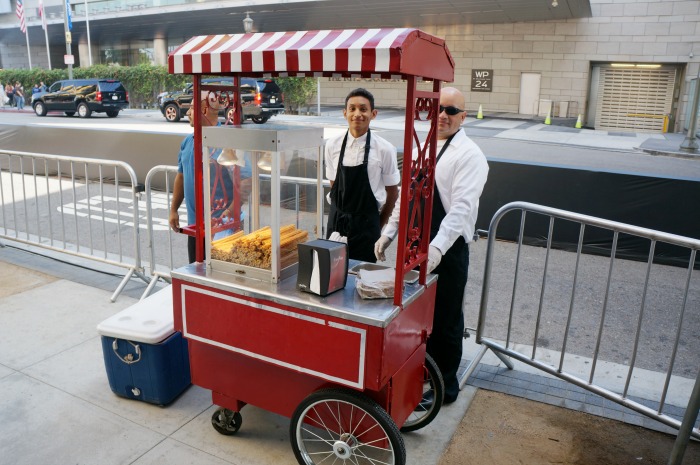 [disclaim]This is not a sponsored post. I was invited to cover the event as a member of the press. All thoughts and ideas remain my own.[/disclaim]