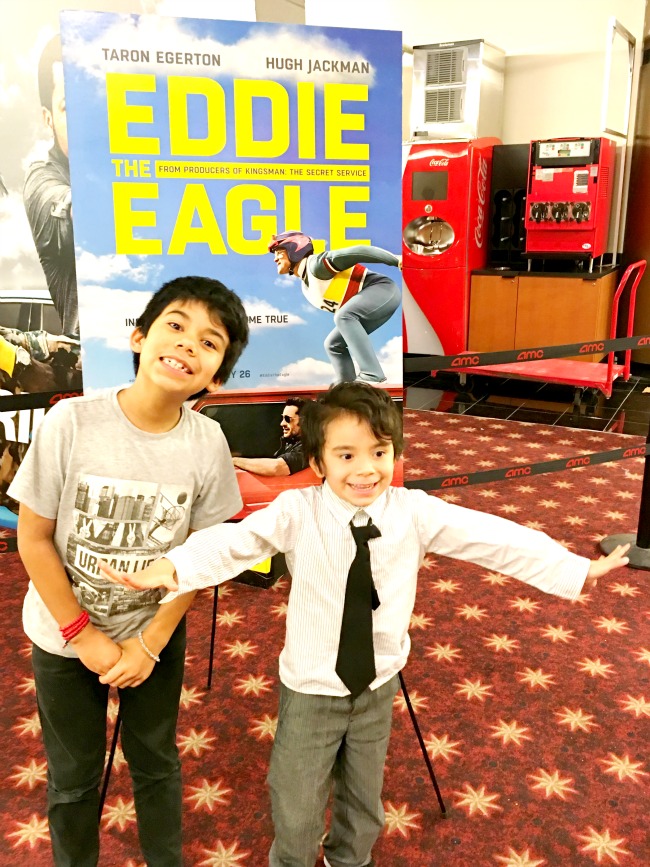 [disclaim]This post was sponsored by Eddie The Eagle through their partnership with POPSUGAR. While I was compensated by POPSUGAR to write a post about Eddie The Eagle all opinions are my own.[/disclaim]

“I like Eddie the Eagle because it makes me feel like I can accomplish anything.” Those were the words of my eight year old son, and echoed by the four year old too. I took them both to screen Eddie the Eagle with me, partly because I didn’t have a sitter, and partly because I knew it was a sport related movie and I’ve yet to see one that I didn’t like. Instead, it turned out to be one of those life-changing movies that even now, continues to be referenced at home by the kids, and we’re always drawing parallels to it when we talk about our daily life.

Inspired by true events, Eddie the Eagle is a feel-good story about Michael “Eddie” Edwards (Taron Egerton), an unlikely but courageous British ski-jumper who never stopped believing in himself – even as an entire nation was counting him out. With the help of a rebellious and charismatic coach (played by Hugh Jackman), Eddie takes on the establishment and wins the hearts of sports fans around the world by making an improbable and historic showing at the 1988 Calgary Winter Olympics. From producers of Kingsman: The Secret Service, Eddie the Eagle stars Taron Egerton as Eddie, the loveable underdog with a never say die attitude. 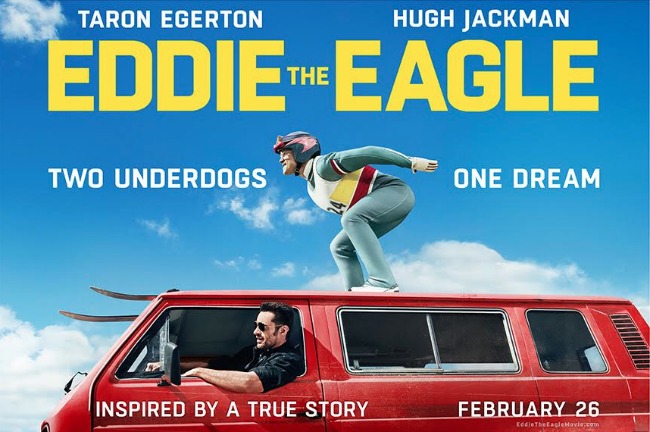 I’ve said it a million times before… I’m a huge fan of sports movies. They always seem to be incredibly moving, inspiring and uplifting. One person’s will to do their best and ultimately succeeding. Going into Eddie the Eagle, I expected as much. I didn’t know that it was inspired by a true story, let along know about Michael “Eddie” Edwards. For me, it was all about going in with an expectation that I would feel the motivation that I needed to feel this month. It turned out to be so much more.

I took both the boys to see the film, knowing that it’s rated PG-13. Thank goodness that there is only one scene where they talk a bit about sex. It went over my kids’ heads (whew!). There is no cursing, and with the exception of some mild violence, a pretty tame film. I’d say the old television clips of ski jumpers not making the landing is perhaps the most violent parts of the film. 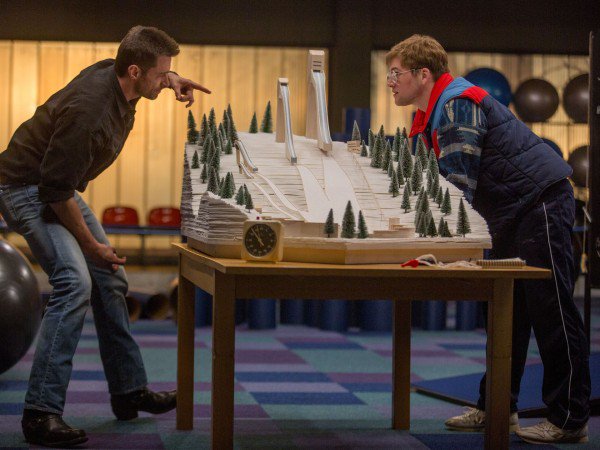 The entire film is basically one man proving everyone wrong. Going after his dream, even after everyone (except for his mom) tells him over and over that he can’t make it. It’s about Eddie (portrayed by Taron Egerton) giving it everything that he has every time he’s on the slopes.

At one point, there’s a quote read from a book written by one of the film’s characters:

“Knowing that doing your best is the only option, even if it results in failure.”

Eddie really seems to live by this motto, and teaches his coach (played by Hugh Jackman) a thing or two about proving others wrong and believing in a dream.

Eddie the Eagle quickly became on our favorite films and I can’t wait to take the family to see it again. A lesson in perseverance and emotional strength can never be taught enough, and hearing the kids say over and over, “Hey! I’m Eddie the Eagle” as they extend their arms out is a sign that they’ve really listened to the message of the film. And hopefully when they come across a situation where they’re told that they can’t accomplish their dreams, they’ll think back to Eddie and this film, and just go ahead and try their best anyway.

Visit http://www.foxmovies.com/movies/eddie-the-eagle to find out more about the film.