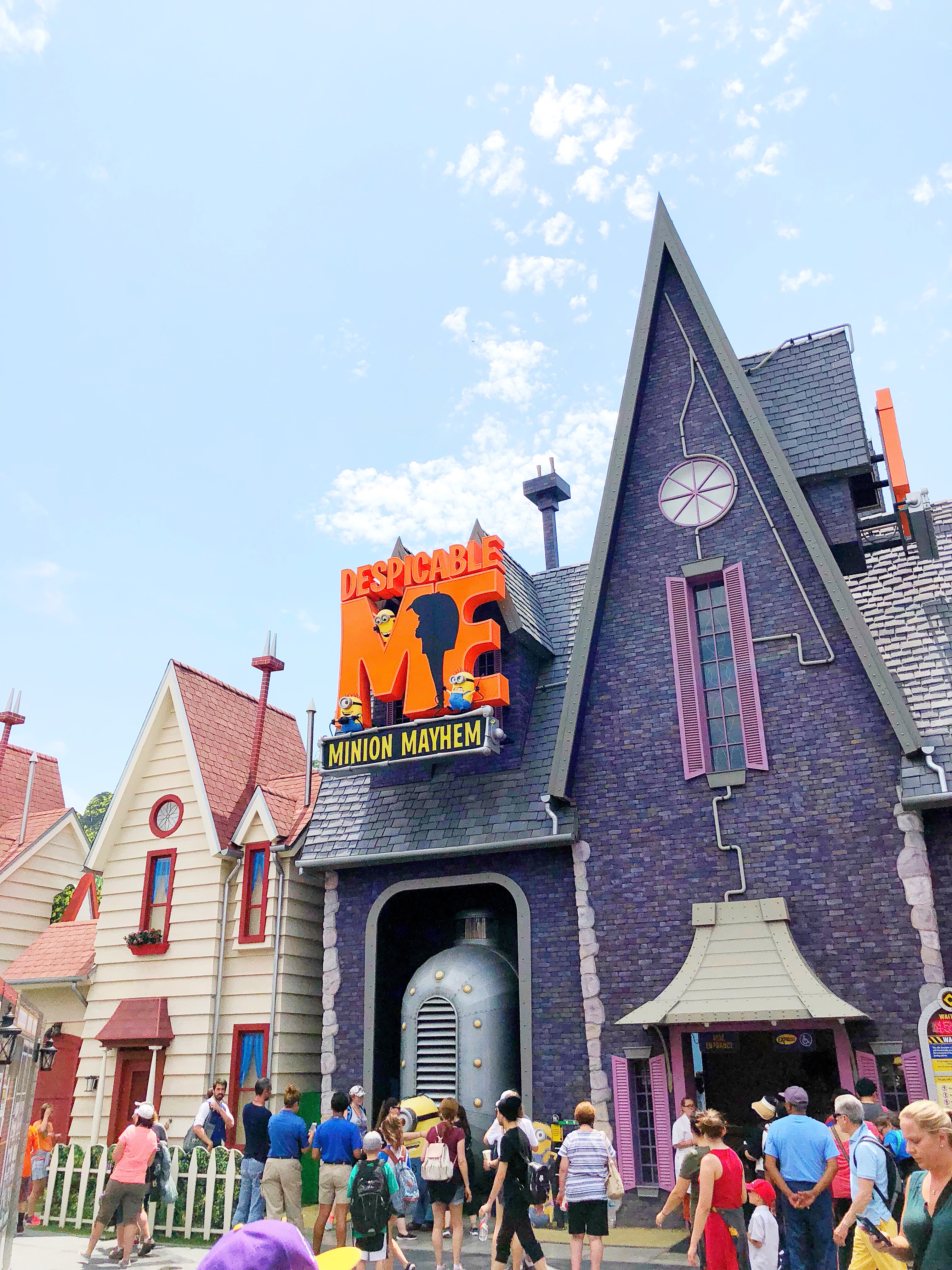 2014 is going to be the Summer of firsts for la familia Cordova. This last week I did a major one – taking the kids to Universal Studios Silly Fun Land. We had a minion-filled day, and we couldn’t get enough.

We visited Super Silly Fun Land and Minion Mayhem at Universal Studios Hollywood! This part of the park is off to the right. You’ll literally feel like you’re in the big amusement park featured in the film.

About Despicable Me Minion Mayhem

Experience Despicable Me Minion Mayhem and join Gru, his daughters and the mischievous Minions on a heartwarming and hilarious 3-D ride. Start your adventure in Gru’s home, where you’re recruited for his latest scheme — one where you’ll become an actual Minion.

This colorfully themed, interactive Minion-inspired outdoor venue is a literal interpretation of the seaside carnival from “Despicable Me,” designed to entertain guests of all ages with its more than 80 different water-play features. A nearby dry zone invites guests to climb, jump and slide, while a Minion-themed ride, “Silly Swirly Fun Ride,” will soar and spin guests around for a 360-degree view of “Super Silly Fun Land” aboard a fleet of uniquely styled ride vehicles.

Also, if you’re thinking about getting the Universal Express pass… here’s our experience with it.