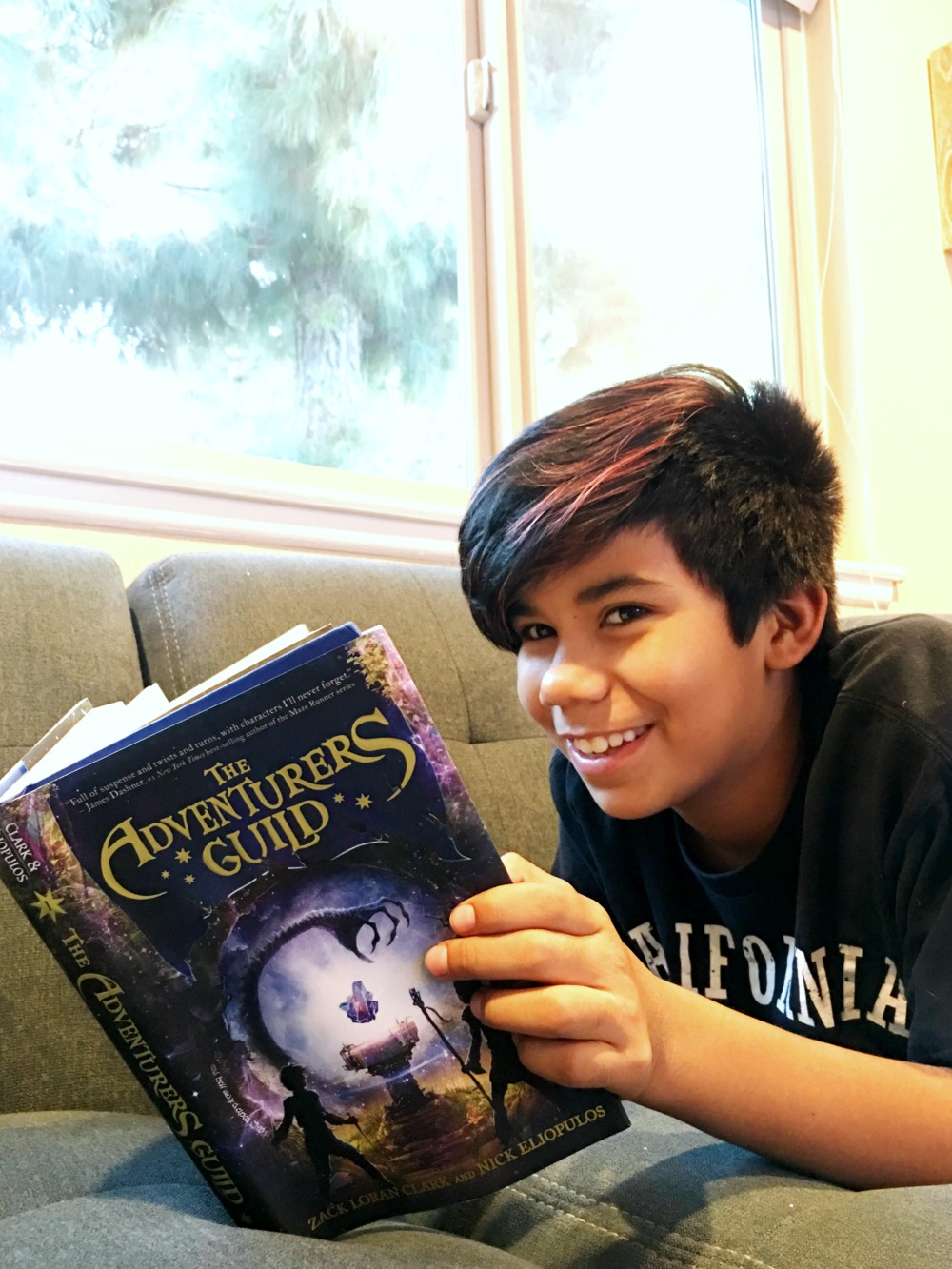 My oldest chiclet is nine years old, which means that his reading habits are constantly evolving (and thankfully he continues to read more and more as he gets older). Suddenly, I see less books with pictures, and more books with chapters. I’m happy to pick up some new books for him because I think it’s so important that he reads a diverse group of books. So of course I was super happy when Disney-Hyperion sent me a copy of The Adventurers Guild for him to check out. They’re also partnering with us for a giveaway where you can enter for a chance to win a The Adventurers Guild prize pack! More on that below.

The Adventurers Guild is the first book in a new series. It’s important to know this because chiclets seem to get hooked into books when they find that they their interest match up. This book is very fantasy-like with monsters and quests.

About The Adventurers Guild

Few ever asked to join the Adventurers Guild. . . . Their members often died young.
In one of the last cities standing after the world fell to monsters, best friends Zed Kagari and Brock Dunderfel have high hopes for the future. Zed desperately wishes to join the ranks of the Mages Guild, where his status as Freestone’s only half elf might finally be an asset. Brock, the roguishly handsome son of merchants, is confident he’ll be welcomed into the ranks of the Merchants Guild.

But just as it seems the boys’ dreams have come true, their lives take a startling turn . . . and they find themselves members of the perilous Adventurers Guild.

Led by the fearsome Alabasel Frond, the guild acts as the last line of defense against the Dangers—hungry, unnatural beasts from otherworldly planes. And when the boys uncover a conspiracy that threatens all of Freestone, Zed, Brock, and their new allies—Liza, a fierce noble, and Jett, a brave dwarf—must prove their worth once and for all.

This start of a thrilling new series is sure to be a hit with readers who like their fantasies clever and action-packed, with tons of humor and heart. 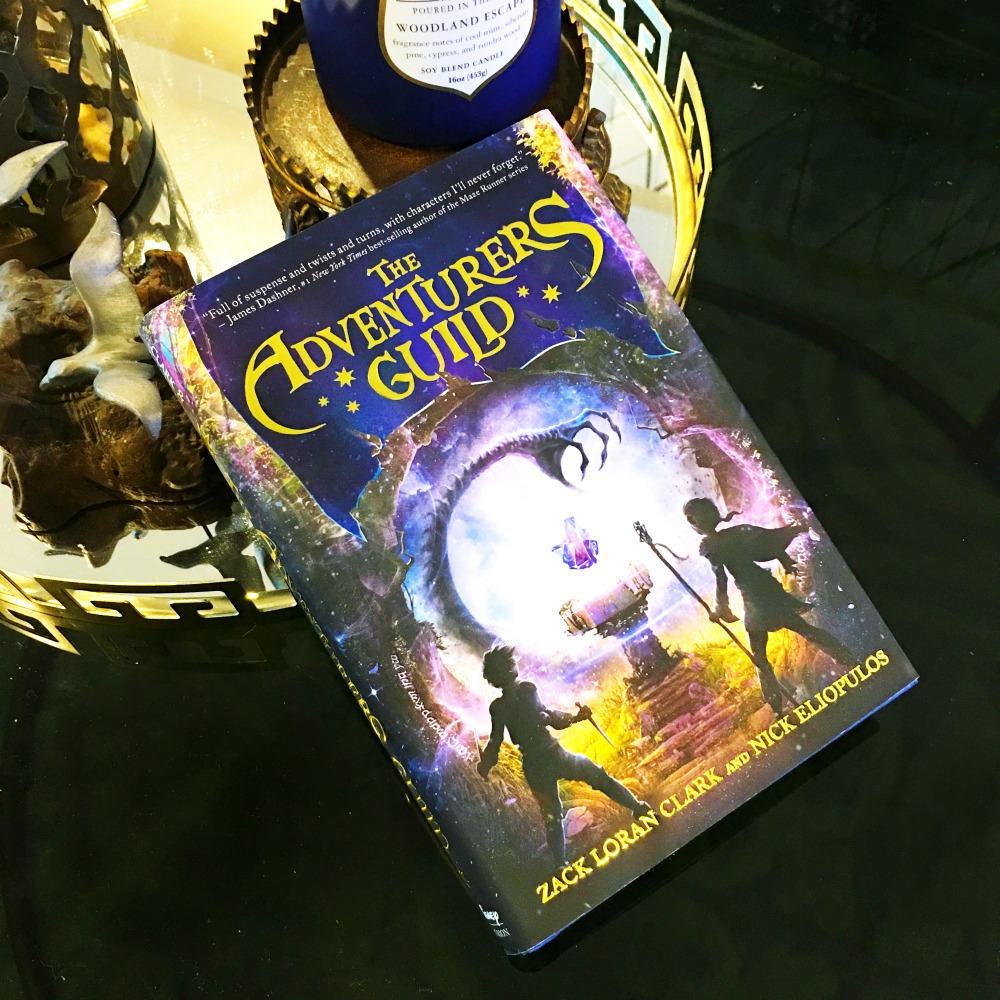 The Adventurers Guild by Zack Loran Clark and Nick Eliopulos

The book is really easy to read and follow along. It’s smart with a great story that keeps them hooked. My nine year old chiclet read the whole book in about an hour and he’s already looking forward to the next in the series. It’s a great intro book into Fantasy stories.

Zack Loran Clark and Nick Eliopulos are both editors based in New York. Best friends, they take a coffee break together every day and play Dungeons & Dragons every week. Zack fervently hopes that magic is real; Nick desperately hopes that monsters are not. The Adventurers Guild is their first novel. 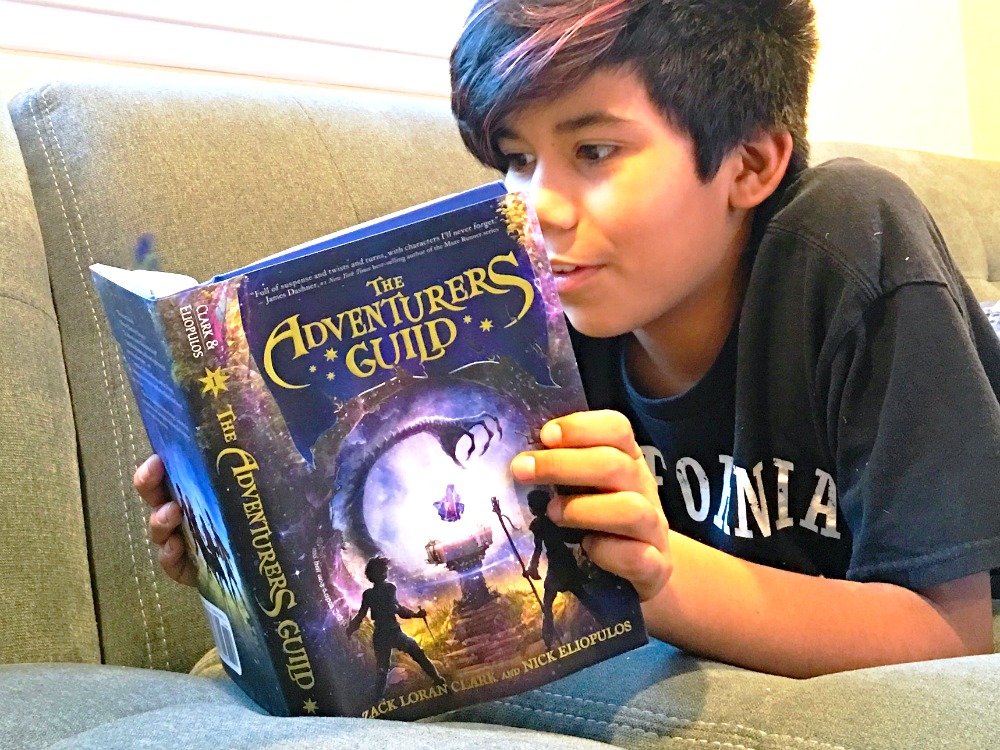 If you have kids ages nine to 12, then enter for a chance to win this book for them! One awesome reader will receive a copy of The Adventurers Guild, a branded bookmark plus branded baseball cap and hoodie. 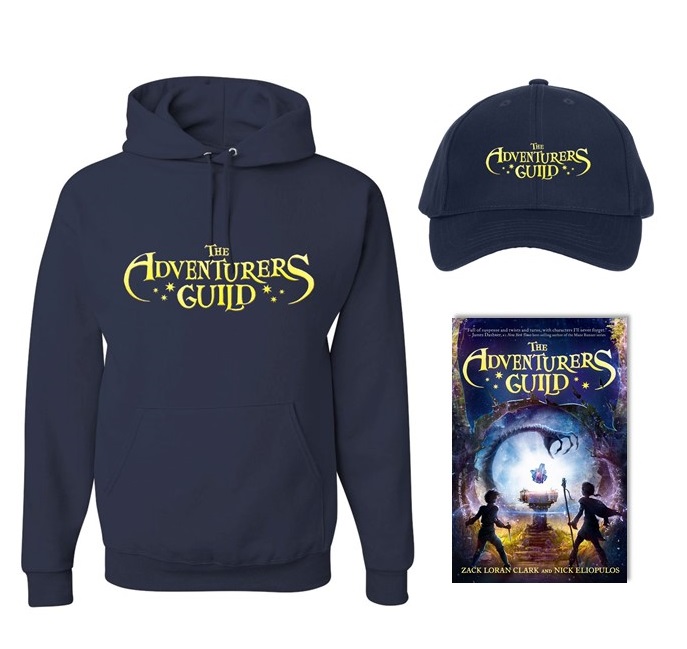 5 hacks for a weekday visit to Chuck E. Cheese’s
New on our Bookshelf: Bruce’s Big Move