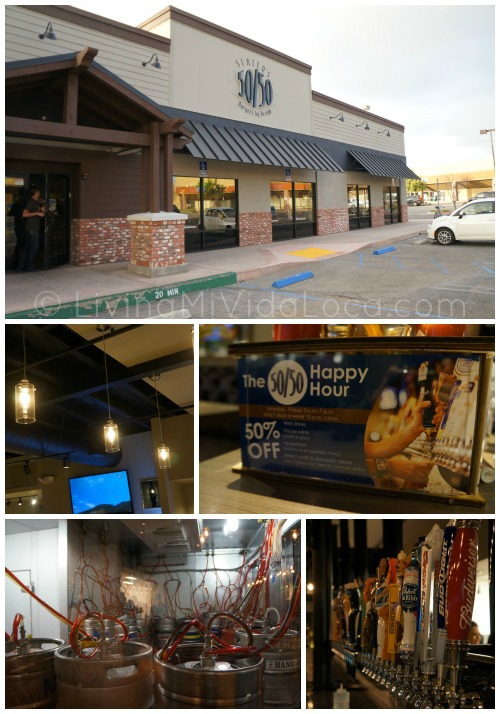 The newest Slater’s 50/50 opened earlier this month in the beautiful city of Lake Forest.

If you haven’t heard of Slater’s 50/50, the 50/50 represents the 50% ground beef/50% ground bacon burgers specialized at their restaurants. With names like “Peanut Butter and Jellousy” and Fritos® Crunch Burger” it has So. Cal. residents clamoring to score a seat for lunch or dinner at any of its 5 locations.

Being a vegetarian, I was very skeptical as to the type of food that I would consume at a place that is known for bacon and beef. First up, were the appetizers – Slater’s Vampire Dip and Beer Cheese Fries (chili on the side). 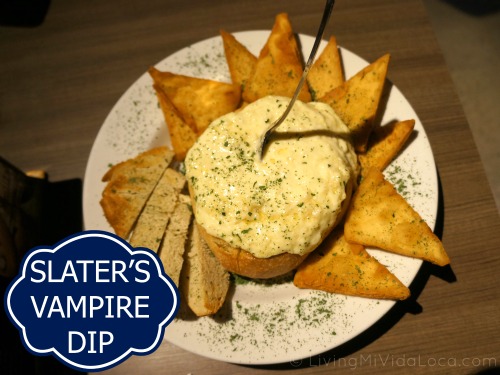 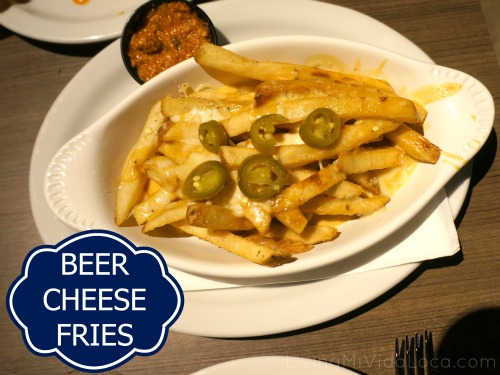 The Slater’s Vampire Dip comes served in a bread bowl with deep fried pita chips. The dip was super creamy, just a tad over-salted and extremely filling. It also tasted much better with the bread than the pita chips. One can really taste the garlic and cheese in the dip, but the artichoke – not so much.

The Beer Cheese Fries traditionally come topped with chili as they are served out of the kitchen. However, in the interest of keeping it vegetarian, we asked for the chili on the side and the hubster consumed it separately. I am a big jalapeño eater and I would have loved to have had about 20 more jalapeños sitting on top of the fries instead of just six. The beer taste was not overwhelming and I could taste it with every bite of my fries. 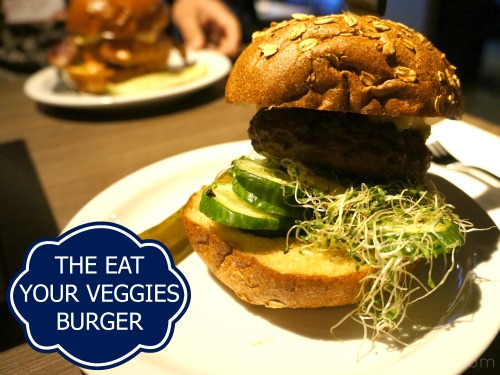 My main entree consisted of the “Eat Your Veggies Burger.” Chock full of veggies, this burger was as big as any other burger served and filled with alfalfa sprouts, avocado mash, cucumber slices and garlic aioli on a honey wheat bun. The veggie patty – about an inch thick – is deep fried to enhance the flavor and tasted a bit like an egg roll, as opposed to a traditional “fake meat” patty. It was quite tasty and after half of the burger, I hardly had room for desert! 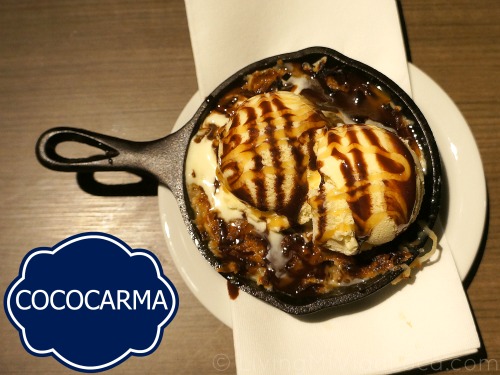 I was hesitant about ordering the Cococarma as our desert choice because of the description: A toasted coconut, caramel and chocolate cookie baked in a cast iron skillet, served à la mode. The description alone gave the impression of something overtly sweet and chocolatey – neither of which I am a fan of. However, it turned out to be my favorite dish of the evening. The coconut offset the sweetness in the chocolate and the vanilla ice cream toned down the flavor in the entire dish. A portion of the toppings were crystalized which led to the crispiness that one had in every bite. I am a major fan of this desert. And one desert can easily feed two.

I look forward to going back to Slater’s 50/50 – and perhaps trying out some different menu items, and most definitely, the homemade bread pudding! It is a few inches thick and looked absolutely divine.

This is not a sponsored post. I was invited to preview the menu items to facilitate my review. All thoughts and opinions remain my own.