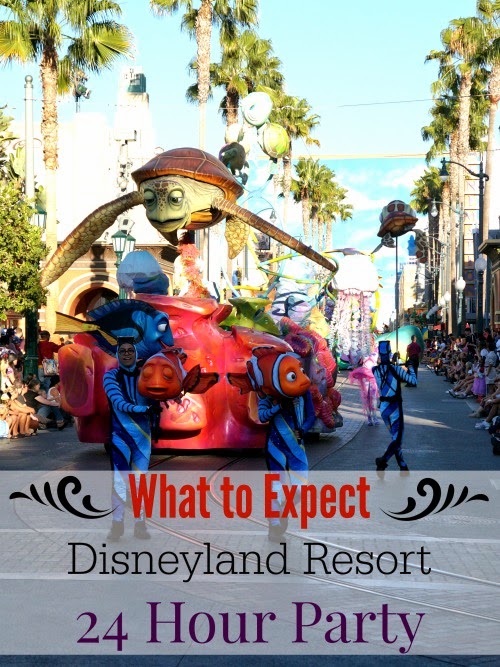 The Disneyland Resort will kick off the summer travel season with a 24-hour, coast-to-coast celebration that invites guests to “Rock Your Disney Side” from 6 a.m. Friday, May 23, to 6 a.m. Saturday, May 24, 2014. This gives you 24 hours straight to laugh, scream, dance and embrace your own Disney Side – that fun, playful side that emerges as they enter a Disney park.

The Disneyland Resort is pulling out all the stops with some special sightings, food and entertainment including Disney pirates, princesses, villains and a few rarely seen characters. They will stay in the parks all day and all night, and invite guests to dress up for the occasion, too. Guests may join the party dressed in costume, perhaps as their favorite Disney Hero or Villain. Costumes should be child-friendly and adhere to any guidelines determined by Disney.

Rock Your Disney Side

The fun begins in the Esplanade outside the entrances to Disneyland and Disney California Adventure parks, where guests will discover Olaf, the lovable snowman from Disney’s blockbuster animated film “Frozen, represented by a larger-than-life sand sculpture. Fireworks and live entertainment will entertain guests as the parks open at 6 a.m. Pacific Time.

At Disneyland, exciting entertainment will include the “Avengers Super Hero Movie Marathon” throughout the day and overnight in the Magic Eye Theater in Tomorrowland. Nighttime highlights will feature an after-midnight performance of “Mickey’s Soundsational Parade” and dance-till-dawn parties at the Tomorrowland Terrace Dance Club and the Sleeping Beauty Castle Forecourt Dance Club. In addition to 24 hours of atmosphere entertainment and appearances by Disney characters, the Disney Villains are planning an overnight “takeover” of the Royal Hall in Fantasy Faire.

Disney California Adventure invites guests to kick off summer with an all-night “Mad T Party,” dancing in Pacific Wharf and Paradise Garden, and a special 3 a.m. performance of “World of Color,” the water spectacular with nearly 1,200 dancing fountains. 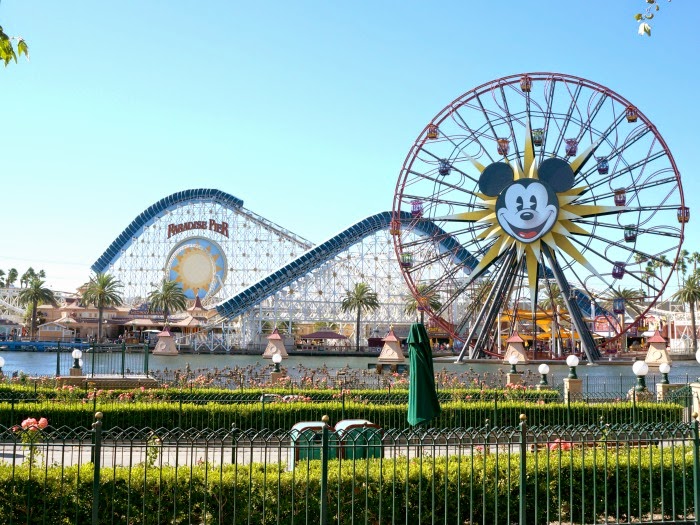 If you can’t make it to the Disneyland Resort’s All-Nighter, try to make it in during the Summer. When you come in, you’ll have the opportunity to enjoy the newly reopened and enhanced Big Thunder Mountain Railroad, along with dazzling summer entertainment that, beginning in mid-June, will include “Frozen” characters in a special pre-parade float for “Mickey’s Soundsational Parade.” The pre-parade unit features Princess Anna and snowman Olaf frolicking in the snow while Queen Elsa is depicted in her icy domain.

Other summer entertainment at Disneyland includes daily performances of the enchanting “Mickey and the Magical Map” stage show, nightly performances of both “Fantasmic!” and “Magical” fireworks, featuring aerial flights by both Tinker Bell and Dumbo, and a variety of new entertainment daily in Big Thunder Ranch Jamboree. At Disney California Adventure, guests continue to enjoy the thrills and fun of Cars Land and the after-dark excitement of “World of Color” and “Mad T Party.”

This is not a sponsored post. I will be attending the all-nighter at Disneyland as a member of the press. All thoughts and ideas remain my own.