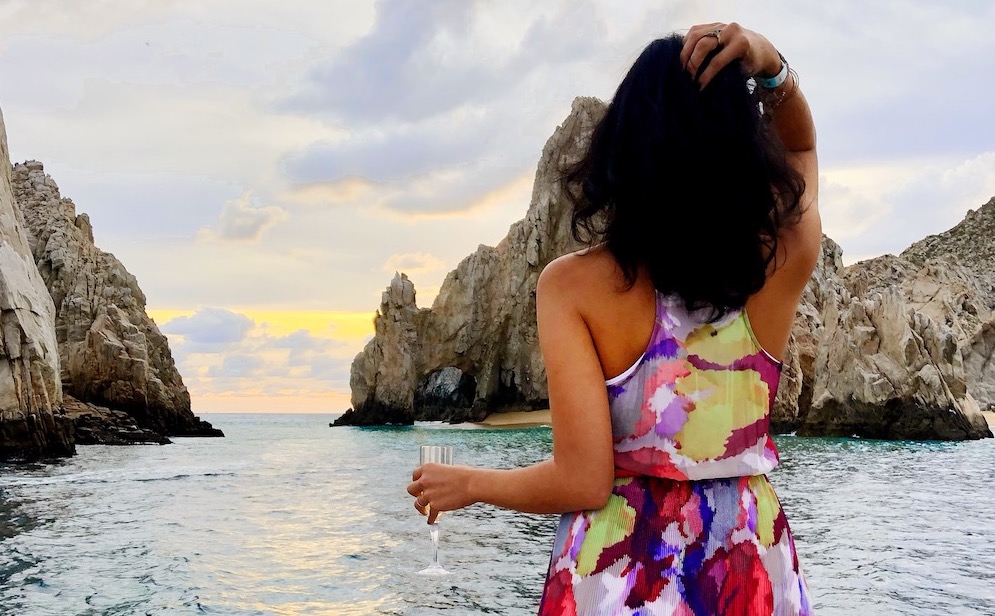 This pelvic congestion syndrome conversation is in partnership with Kaiser Permanente Orange County.

Those who know me know that I’m completely transparent. I put something out there, and I take any and all questions regarding the subject. With that in mind, I’m completely open to sharing my experience regarding pelvic congestion syndrome (which is essentially caused by too much blood in the veins around your lower abdomen). The short time I’ve had it, I can already tell you that it has changed my life – and not for the better.

It all started back around March 2018 when I was having a lot of sharp pain, which I assumed were stomach cramps, around my pelvis because I had been working out. When it first started, it felt a lot like menstrual cramps. As time went on, it went from feeling like menstrual cramps to feeling like contractions. And it only got worse. It went from happening in the day time to me not being able to sleep from the pain.

I’ve never been one to head to the doctor for any small issue. Although I think most women are like that. We either figure that it’ll go away on its own, or we just don’t make time for it. That’s exactly where I was at, until it got to be too much. I had gone from trying to deal with it by taking ibuprofen, to taking ibuprofen and downing it with a few cocktails. And this was my coping mechanism… every.single.day. Alcohol was the only thing that really helped but even I could see that if I kept going down this route, I could potentially develop another problem that I wouldn’t be able to fix.

So I did it. I set up an appointment for May 1st. I went in and I told the doctor all of my symptoms. In the end, they ruled it to be a type of stomach flu. It made sense – because it did feel like I had food poisoning. So, I figured it would go away on its own. On May 10th, my primary care doctor ordered a pelvic ultrasound which showed pelvic congestion and started me on Naprosyn and Tylenol #3. Of course, I had no idea what that was because it was literally the first time I had ever heard of it. So I wrote it down and then went to pick up my medications in the pharmacy downstairs – Tylenol with Codeine and Naprosyn. It wasn’t until later that I would find that neither one helped to control my pain. Weeks went by and I was still feeling pain every single day. I started to completely freak out and would go online to look up worst case scenarios. Finally, I set up an appointment with an OBGYN.

On May 17th, I met with Dr. Gareth Forde and I told him all of my symptoms. He reviewed the ultrasound right there and then (one of my favorite reasons for choosing Kaiser Permanente is having access right away to these tests). We further discussed pelvic congestion syndrome. We went over all of my history again. I told him about how the pain was worse before my period, how I bled more during my period, and that pain during and after intercourse was now a normal thing. I also told him how the medication prescribed to me just wasn’t helping. I even went as far as to tell him about how my consumption of alcohol had increased. I told him everything because I didn’t want to leave anything to chance.

We went over everything again and Dr. Forde asked if I was on birth control. He thought that hormones might help to lessen the pain. I told him I wasn’t, but that if needed, I’d be ready for a hysterectomy ASAP (that’s how bad the pain was). Instead, he prescribed Prometrium, a hormonal pill that also acts similar to birth control. Mind you, during this visit Dr. Forde also mentioned how he thought it might be constipation and he also prescribed a twice daily dosage of stool softeners.

So I did it. I filled my prescriptions and took the hormones… and they helped! It took a few days for them to really kick in, but in the end, it lessened my daily pain to practically non-existent (other than when I was on my period). After a month on them, Dr. Forde suggested I stop taking them. But he also said that he could prescribe them again if I found myself in a lot of pain. To this day, I have not filled the prescription again. 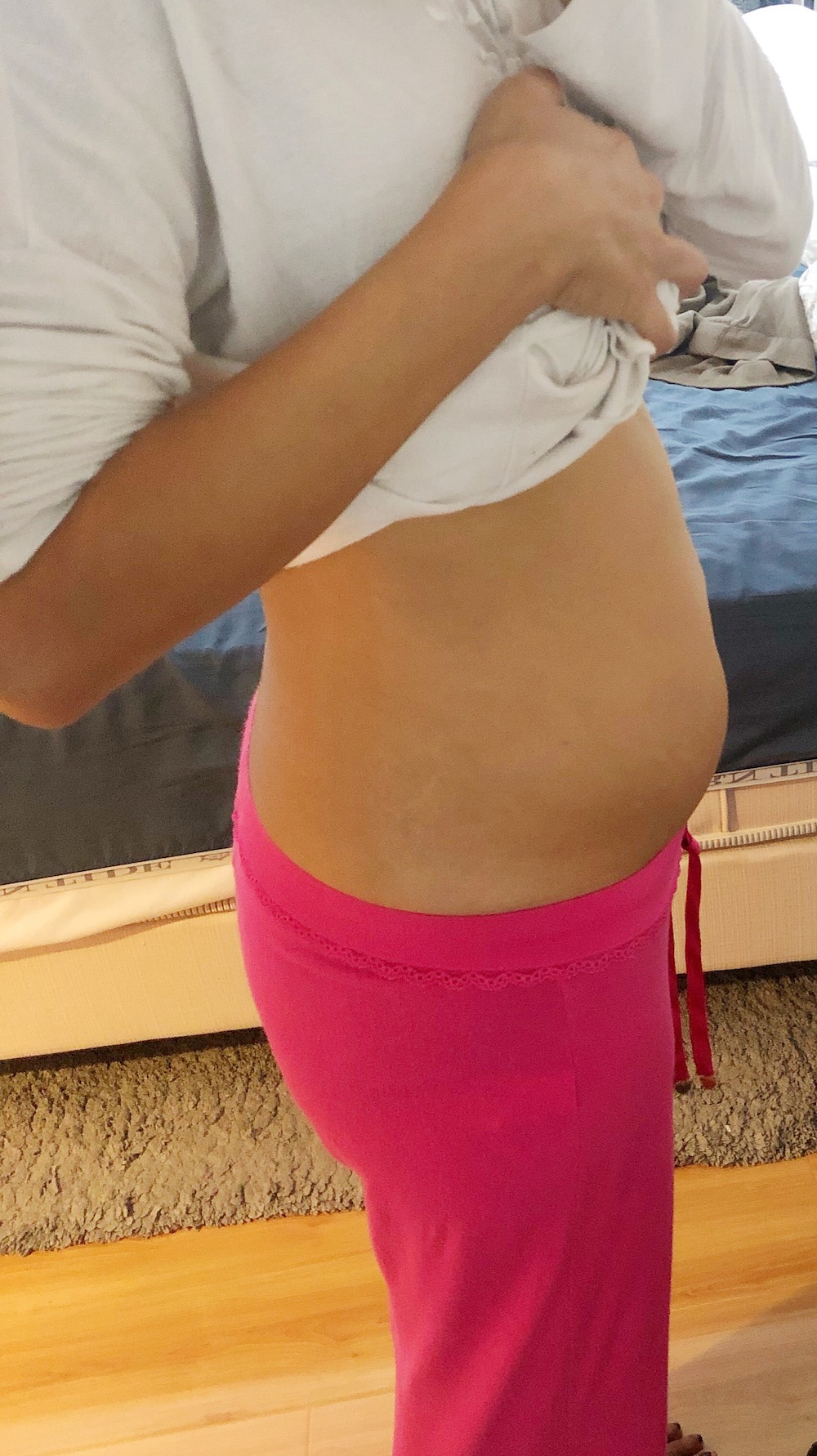 Here’s the thing – my pelvic congestion syndrome has not gone away and it will never go away. The pain goes away on some days, but then I have other days where I can barely get to the car. I also have extreme exhaustion and going to bed at 7pm has been the norm for me when I’m at my worst.

Sometimes, going up a couple of stairs is incredibly painful and walking a few feet might as well be walking a mile. I’ve found ways to cope with it like making sure I don’t walk too much (thus, I’ve gained a few pounds), keeping an heated electric throw blanket on me when I’m sitting down, turning on the heated car seats in my Kia the moment I get in the car (even if it’s 80+ degrees out), elevating my legs, not eating too much (because chewing makes my pelvis hurt more) and a few other coping mechanisms.

While most times it just pain that I’m dealing with, it has come to develop fully adding other symptoms like a swollen stomach (I was up to about 10 pounds over my regular weight last weekend), lower back pain, IBS, and exhaustion. It feels like a never-ending cycle, but I am determined that it doesn’t set my daily lifestyle for too long. 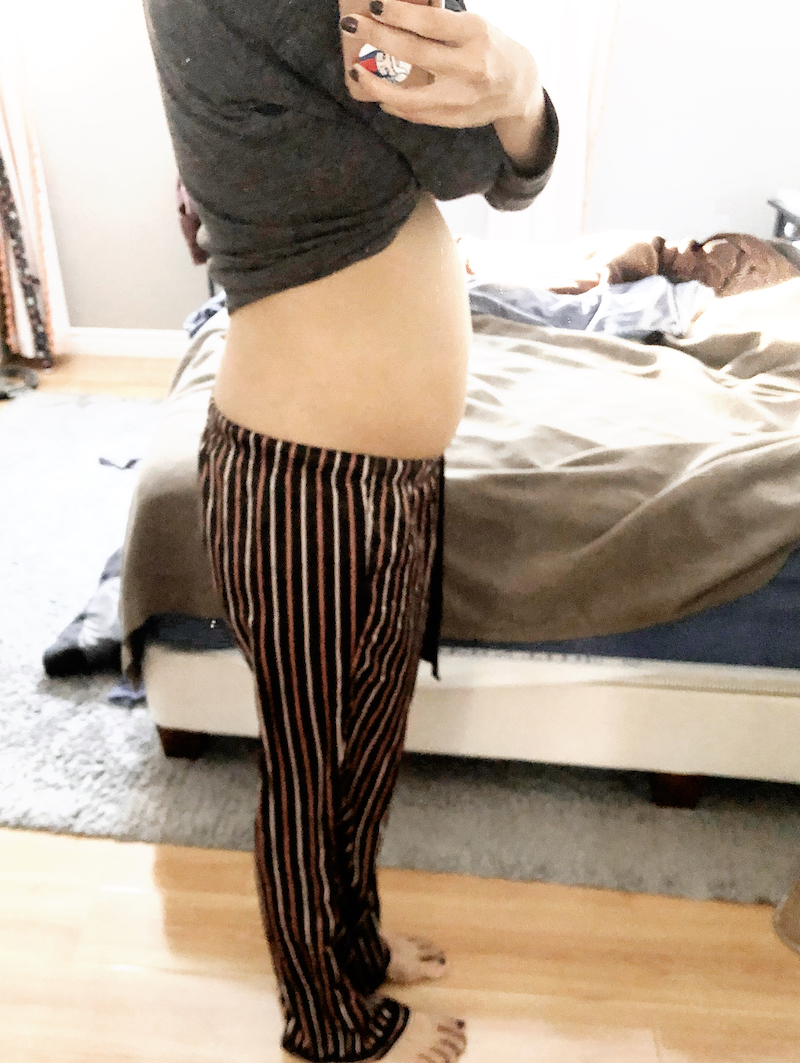 Pelvic congestion syndrome can cause bloating and make you extremely uncomfortable.

Is vaginal rejuvenation the secret to better sex?
Microneedling before and after with PRP results after my second treatment