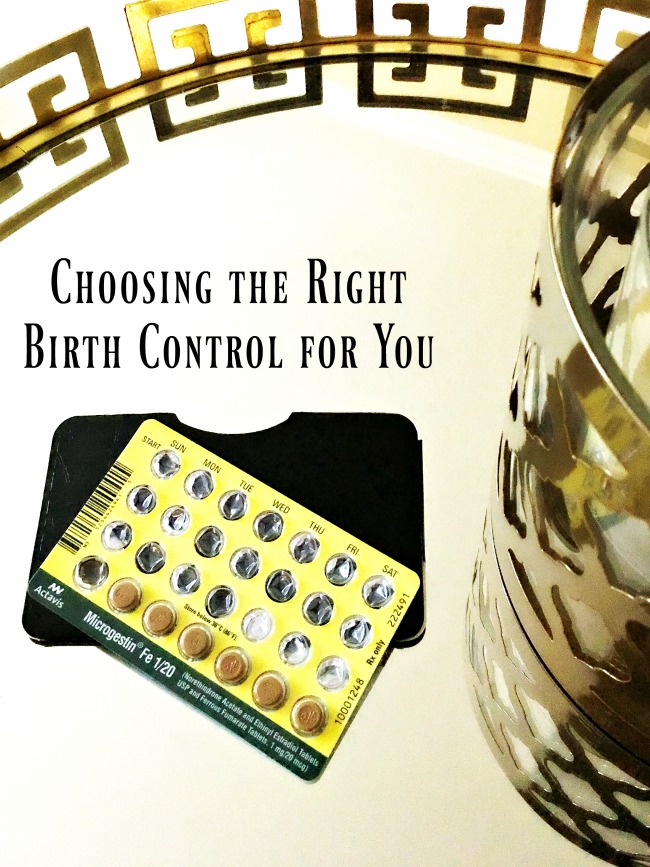 This is a sponsored post in partnership with Kaiser Permanente.

I’m currently on birth control. More specific… I am officially on my fourth week of my birth control pack! And I’m not really looking forward to starting them up again next week. If you’re also in the midsts of choosing the right birth control for you or have questions on how to get birth control at Kaiser, then the birth control overview below might come in handy. After all, we don’t want to pull and forget to pray (a little TMI, but isn’t this whole post too though?).

p.s. Join the Facebook convo on birth control and tell us which birth control method you prefer. Nothing like a littler sisterhood talk in a safe space.

Birth control is so overwhelming and I really don’t want to read a thousand articles on all the differences, so I jumped on a call with Dr. Neelu Arora from Kaiser Permanente Orange County so I could ask all my questions including how to get birth control at Kaiser, and round them up for you. If you find it helpful, I’d love it if you were to leave a comment or share the post.

Traditional birth control pills are the most popular birth control method because you get it right there and then. It has estrogen and progestin hormones, although your doctor may prescribe a pill that has a lower dosage of the hormones if you’re sensitive to medication (like I am). Most patients are prescribed the medium strength medication and they’ll go down to a low dose if the patient is overtly sensitive to the side effects or get spotting in between periods. If you have too much regular bleeding, then the doctor might recommend going for a higher strength. Remember though, the more consistent you are in taking the pill, the less chances you’ll have of breakthrough bleeding or pregnancy.

If you decide to get on the pill on your next doctor visit, it will be as simple as filling the prescription and setting a daily timer to take the pill. Of course, the pills take a little bit of time for our bodies to adjust so you may have some symptoms that you’ll have to deal with for a while. Dr. Neelu Arora suggests that patients try the pills for at least three months before moving on to another method, and if you’re a teen who has heavier periods, this is the birth control method that the doctor is most likely to prescribe because it helps to decrease heavy periods.

There is also the “minipill” that has only progestin hormone. This type of pill is usually prescribed to women who are nursing, or may have other medical conditions where you would want to avoid estrogen. Note that it is a little less effective at preventing pregnancy as compared to the traditional birth control pill, which is why doctors suggest pairing the minipill with condom use.

The patch has similar hormones to the birth control pill, but it doesn’t go through the gastrointensital tract so you may not feel the nausea.

Way back when there was a birth control patch that was on the market that eventually fell out of favor because it released too many hormones into the body and caused deep vein thrombosis (DVT), which is when a blood clot forms in one or more of the deep veins in your body, usually in your legs. Nowadays, the only FDA-approved birth control patch is Xulane and it is carried by Kaiser Permanente as well. The hormones are higher because there is more hormones absorbed through the skin. The patch is replaced on a weekly basis, the fourth week (when you get your period) you would go without a patch.

According to Dr. Neelu Arora, the birth control patch would be good for someone that is under 35, non-smoking (to reduce the chance of DVT), and who is under 200 pounds because the patch has only been studied in women that are 200 pounds or less. If you have high blood pressure or migraines, the patch would not be suitable for you.

The Depo-Provera shot is a higher dose of hormones given to you by a nurse every three months. Because the hormones have to last three months, the shot has definitely been associated with increased appetite. Some women tend to gain weight, and it mostly happens in teens because they’re not as careful with their diets. It’s also 97-98% effective because it has a lot of hormones and we don’t have to worry about taking it on a daily basis (which means no user error). A common side effect during the first three to six months is irregular spotting, but as time goes on the spotting will get lighter, or you may stop having a period after six to twelve months.

The shot is very convenient and great for someone who cannot remember to take the pill everyday. The injection is progestin only, so somebody that has high blood pressure or smokes would be a candidate for the shot.

The hormones in the NuvaRing is similar to those in the pill and patch. The vaginal ring is placed once into the vagina and stays there for three weeks. You would take it out when your period starts on the fourth week. From what Dr. Aurora told me, the ring is flexible and you insert it like a tampon. Because you replace it once a month, this birth control method is great for women who don’t want the daily task of a pill, or even the weekly task of a patch.

The Nexplanon is a thin plastic rod that is inserted just above the elbow on the inside of the arm. It works like the shot, but a doctor would have to be the one to put the rod into the arm. It is replaced every three to four years. Because of the length of time that it is used for, it is most popular with younger patients who want the convenience of not dealing with birth control pills and who have not had a baby before.

Two of the most popular IUDs are Mirena and ParaGard. Mirena lasts for five years and has a low dosage of progestin hormone, kind of like the minipill. It works just inside the uterus to reduce bleeding. The ParaGard is a copper IUD that lasts 10 years, and it has no hormones. They are both 99% effective. IUDs work best for women who are not wanting a pregnancy and like the convenience of not thinking about birth control for years. IUDs also have very few side effects, with the exception of some cramping that you may experience the week the procedure. IUDs also tend to be a bit more of an expensive device (however, most Kaiser Permanente patients won’t incur a charge).

So there you have it, the most common birth control methods and the low down of what you can expect from each one. As a Kaiser Permanente patient, I’m fortunate to be able to choose which one works best for me. For now, I think I’ll stick with the pill. I am experiencing a lot of the side effects, but my acne has also been reduced and that basically trumps every other side effect.

Oh, and did I tell you that I didn’t know that Kaiser Permanente wasn’t going to charge me for my pills? I went to the counter to pick them up after my physical and I just stood there after I had them in my hand. I waited for them to give me my total and nothing… so I just walked out thinking that there had been some type of mistake. I told this to Dr. Aurora and she said that they’re able to offer this benefit because Kaiser Permanente does not have a contract with every drug manufacturer. They focus on just a few to get the best discount.

Unfortunately, we didn’t talk about permanent options like tubal ligation and vasectomies, so we’ll save that discussion for another day. Hope this guide helps you choose the right birth control for you.