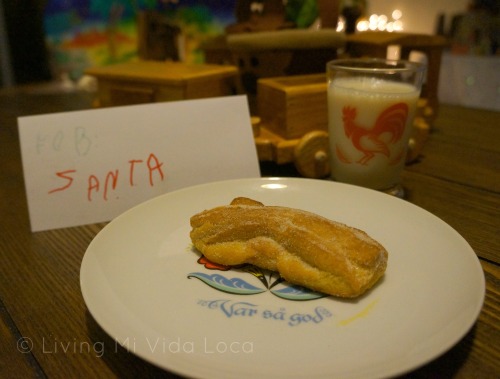 In our Latino household, our kids leave pan dulce (sweet bread) for Santa, instead of cookies. A sweet sugary piece of goodness that goes so perfect with my cafe. This coming year will be all about combining heritage and traditions with the world that we live in today. It’s starting a few days early since this is one of those traditions that has been altered.

When I was younger, I NEVER left anything for Santa. In fact, the few times that I remember really being in the Christmas spirit we would do it Latina style. For me, that meant that I kept a close eye out for the brightest star in the sky. My mom would tell me that when I saw the brightest star, it meant that Santa had arrived with gifts. I would stare out the window with my brothers for quite a while. We would all go back and forth from the kitchen to the living room whenever we thought we had spotted the brightest star. Then on one of those times, one of us would be right and the gifts would be there waiting to be opened. It was as though they appeared magically. It was a great tradition.

Now, with my oldest being more modern than I was, he expects Santa to come down the chimney with his gifts and stop by the coffee table for a treat before he heads back out. We put our own twist on the tradition this year as a sign of things to come. He didn’t see it as weird or different, so we’re rolling with it from here on.

So… what did Santa get as a snack in your home?