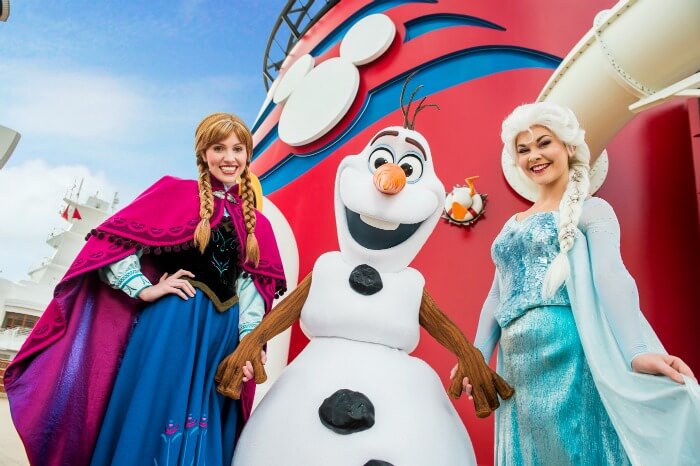 Have you started planning a Summer adventure? If you have kids who LOVE “Frozen,” you’ll be happy to know that beginning this summer, Disney Cruise Line guests can immerse themselves in the animated hit “Frozen” with brand-new experiences inspired by the film, including a spectacular deck party, a three-song stage show production number, new character meet and greets, storybook adventures ashore and more.

Icy adventures and fun for the entire family throughout the day include all-new meet and greets and themed experiences:

A Day of Frozen Fun, Including New Deck Party

Debuting this summer, on select Disney Magic and Disney Wonder sailings to Europe and Alaska, Disney Cruise Line guests are transported to the land of “Frozen” when the ship is transformed into a winter wonderland and a day of frozen fun culminates with an extravagant celebration with friends from the Kingdom of Arendelle.

This summer, friends from “Frozen” are making their stage show debut at sea in the Walt Disney Theatre aboard the Disney Magic. In the Disney Cruise Line original production, “Disney Dreams … An Enchanted Classic,” Anna, Elsa and Olaf join the line up of beloved Disney characters who together teach a young girl the power of her dreams.