Always on the hunt for a grocery deal, but not sure what to do when there’s so much you can’t finish it all? Last week, I did my usual round of Ralphs Grocery store for “Managers Specials”, and I hit the bargain-hunters jackpot. Fruits, breads, vegetables, lunch items, fresh herbs… the list goes on, but to make a long story short, I got five bags of fresh groceries for $14, including lots of fresh basil. Today we’ll be preserving fresh basil by freezing it in ice cube trays to use later. 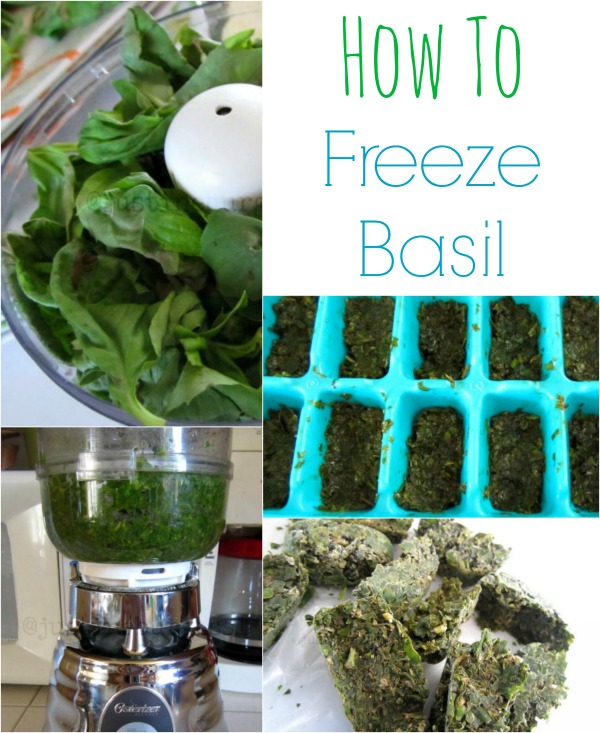 Some items I could immediately freeze or store, and the rest we ate fairly quickly…other than a giant package of fresh organic basil that I would up getting for 99 cents (originally $4.99). I used three leaves for baking a chicken… and then had no idea what to do with the rest of it.

Due to the humidity last week (and the fact that it was way too hot to run my oven to dry herbs) I decided that my best course of action for preserving all of the fragrant goodness of the basil was to freeze it. While I could have frozen whole leaves, I instead decided to make basil cubes that I could pop into recipes as needed.

First, I carefully cut the leaves from the stems (the stems smell delicious, so I kept them in a little bundle to help fragrance my kitchen for a couple days). I then washed and gently dried the leaves, and placed them in my “food processor” (in reality, merely a glorified attachment for my Osterizer), filling it to the brim. 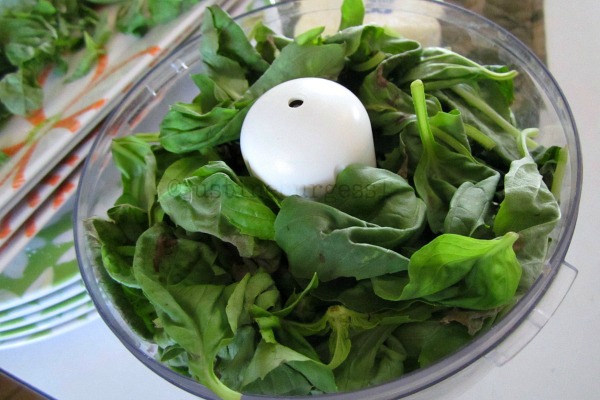 Next, I poured a little bit of water and some olive oil on top of the leaves. Some recipes will say to use only water; some say only olive oil (the oil helps keep the leaves from turning brown), and some just freeze the chopped leaves as-is.

I used both (more for my convenience than anything- plus I was almost out of olive oil), using about 2 tablespoons of water and ¼ cup of olive oil. I blended the mixture to a pesto-like consistency, adding a little bit more olive oil until I was satisfied with the texture. You can use a little or as much as you like. 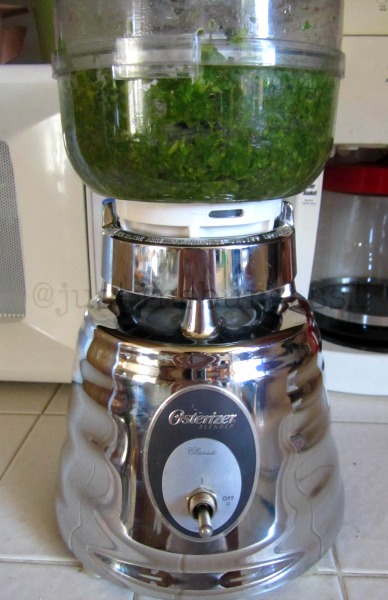 I then scooped the mixture into an ice cube tray. I only filled the cube sections halfway – once the basil is in pesto form, it’s far more concentrated, and while I love basil, I don’t want to surprise some poor unsuspecting test subject…er, family member…with too much in a meal. 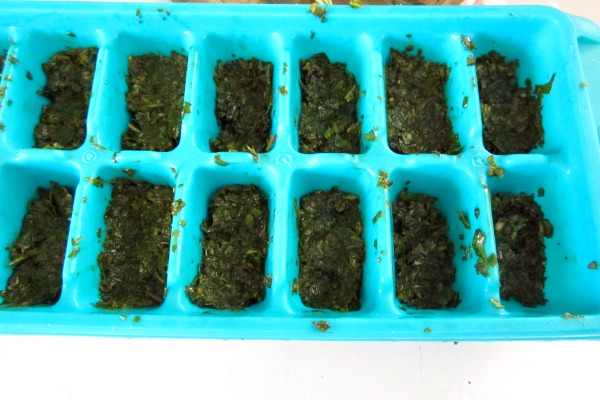 Once they were frozen, I popped the cubes out of the tray (super simple- the oil made them slide right out) and put them into a bag for my food sealer, vacuumed out the air, labeled the package (lest they be mistaken for some other herb) and popped them right back into the freezer.

The cubes were…interesting looking. My husband thought they looked like something from a Cheech and Chong movie, and I kind of have to agree. 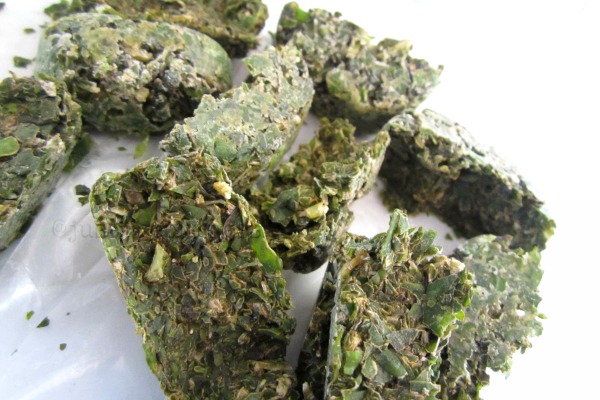 On the plus side, when I need them, I can just take out one or two cubes and then reseal (you can also use a regular zip closure bag for storage, but vacuum sealing helps it last longer- plus it’s fun!). Super easy, and now I have (cheap!) organic basil to use year-round!

Continue Reading
You may also like...
Related Topics:recipe
Guest Posts