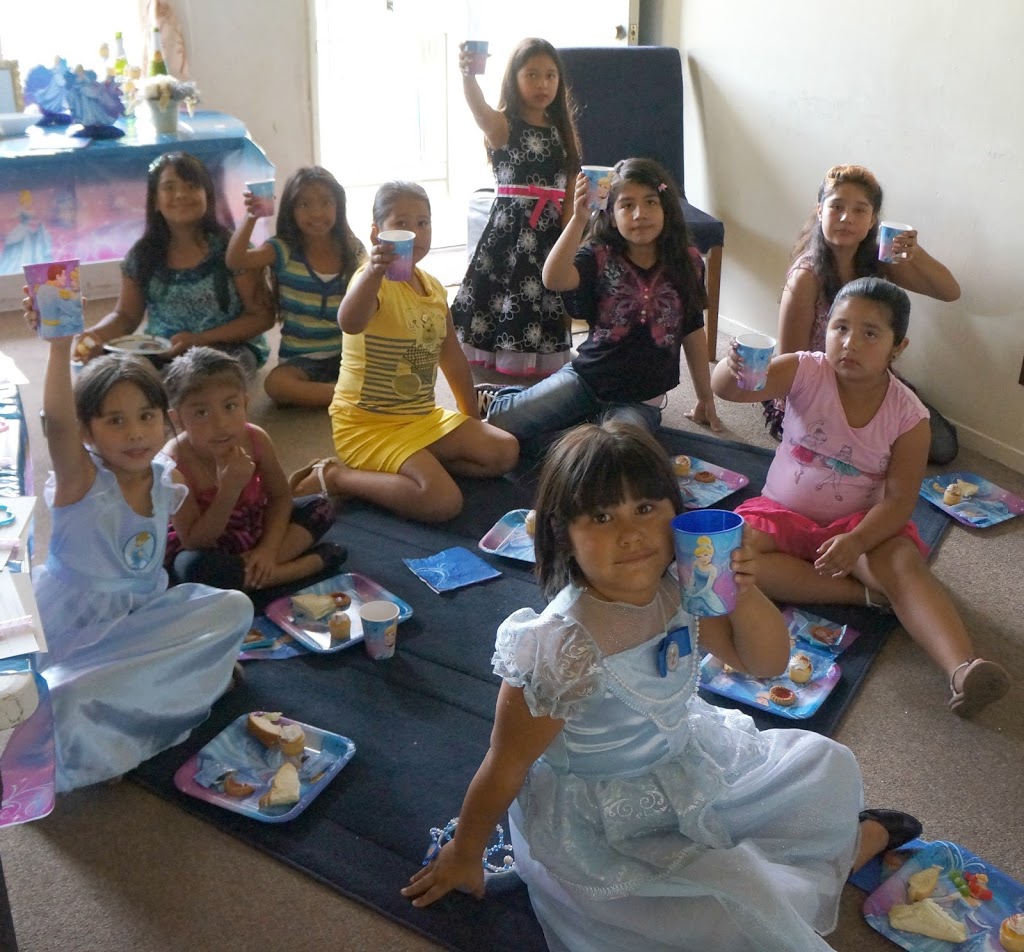 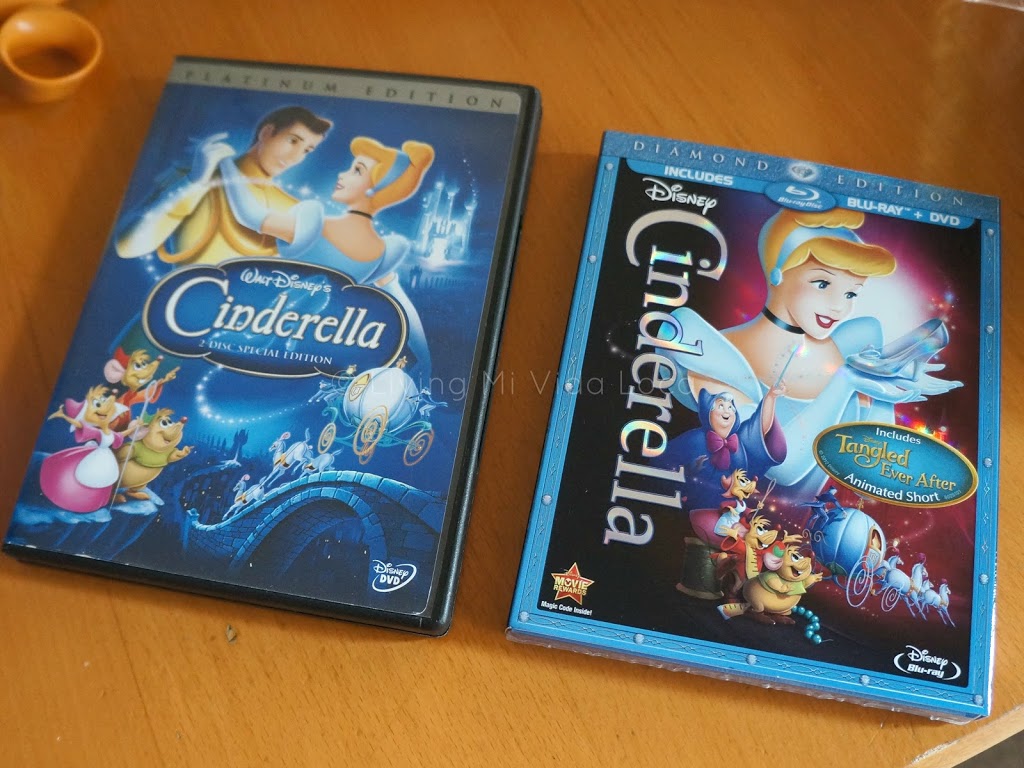 We’ve been planning for a Cinderella viewing party for my nieces and their little friends for a couple of weeks now. Of course, we couldn’t do much until I went out and purchased the movie, because although I did have the Platinum edition, I wanted to show the little girls the Diamond edition that has the Blu-ray/DVD movies. We did just that last weekend after the Walmart Retailnment Event featuring Princess Cinderella.

My nieces got dressed and I took them to Walmart for the highly publicized event. There were A LOT of parents and kids there and just about every little girl had on a princess outfit! I was happy to see that my nieces fit right in. For some odd reason, I thought that they would all be dressed as Cinderella so it would look like a little Cinderella army. Instead, every single princess was represented – including Jasmine and Snow White. It was super fun to see that. 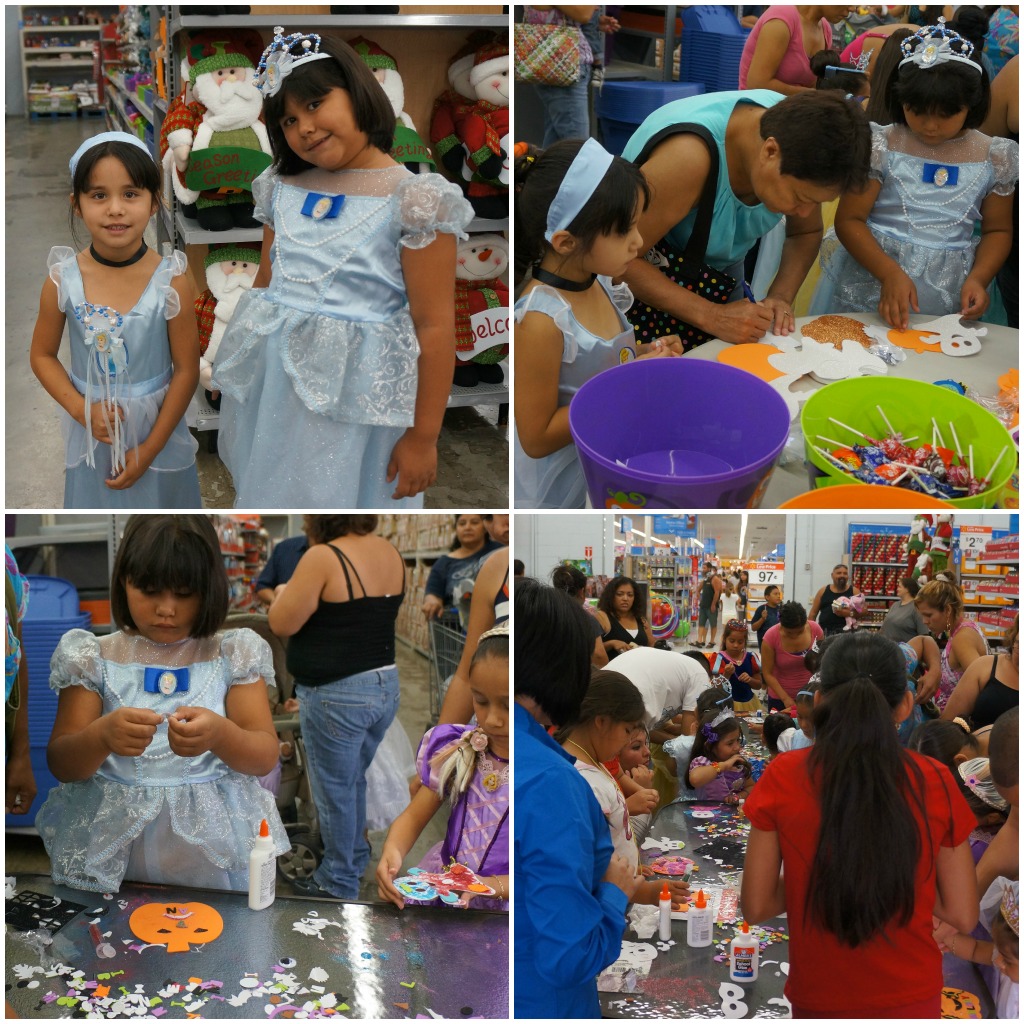 Our Walmart raffled off Cinderella dolls in lieu of pictures with Cinderella. Neither of my nieces won one, but that was okay because we were headed for something bigger – Cinderella on Blu-ray and DVD.

We headed straight to the entertainment section of the store before it got too busy. The Cinderella display was very easy to spot. It’s in the shape of Cinderella’s magical carriage and the gold-trimmed Blu-ray movies made it look even more glitzy.

We pulled out the iPad and started up the Disney Princess Royal Ball app. Like the Marvel edition, the Royal Ball app allows you to scan a specially-marked product for virtual goodies. In this case, scanning the cover of the Cinderella on DVD gives you extra options that you can use when you create a carriage or dress yourself as a princess. 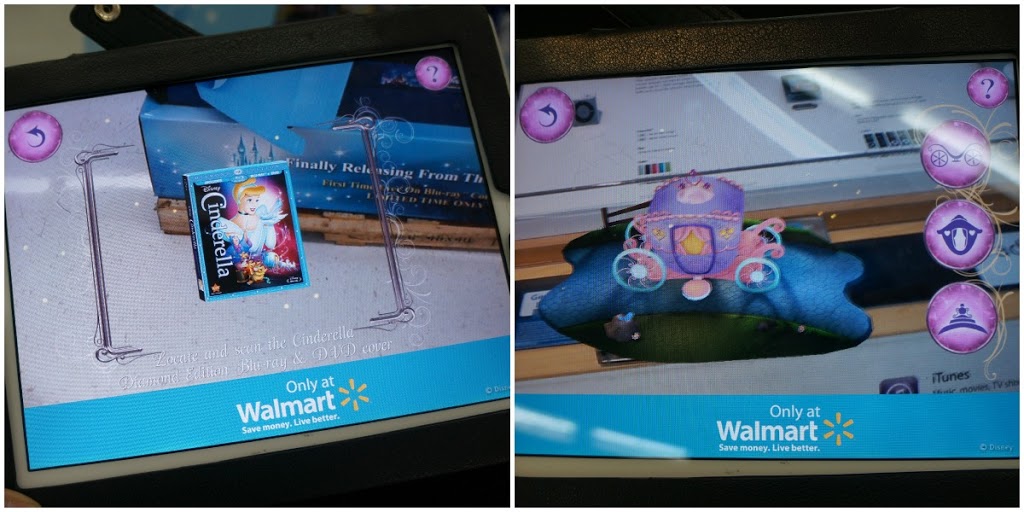 Then, of course, my youngest niece gets to playing with the app in the store and all you see is her going in circles because she’s doing the royal ball portion of the app – the one where you follow the princess on the screen and dance like she’s dancing. It’s fun to do, but when you do it in the middle of a busy store it looks a little awkward.

We needed just a few things more for the party later that afternoon, mainly the ingredients for the sandwiches, a Cinderella-themed table cloth and cupcakes. So we throw in the movie into the cart and make our way to the food section briefly stopping by the party and baby section. Unfortunately, I didn’t find a Cinderella-themed table cloth at that Walmart either. However, the baby section was perfect because it carried those Fruities by Disney. It’s basically fruit mashed into a texture resembling applesauce so the little kids can just suck it out of a pouch. A few of these pouches bought us about a half hour more of shopping without my baby having a meltdown.

We came across a sampling table as we headed towards the bakery section. You know what they had to sample? A Cinderella cake! What perfect timing. The woman cutting the cake and handing out the samples also had little Cinderella rings, coloring pages, an activity page and… an extra tablecloth! She was awesome and gave me extras of everything for our party and the tablecloth too. She had a big hand in pulling our party together. 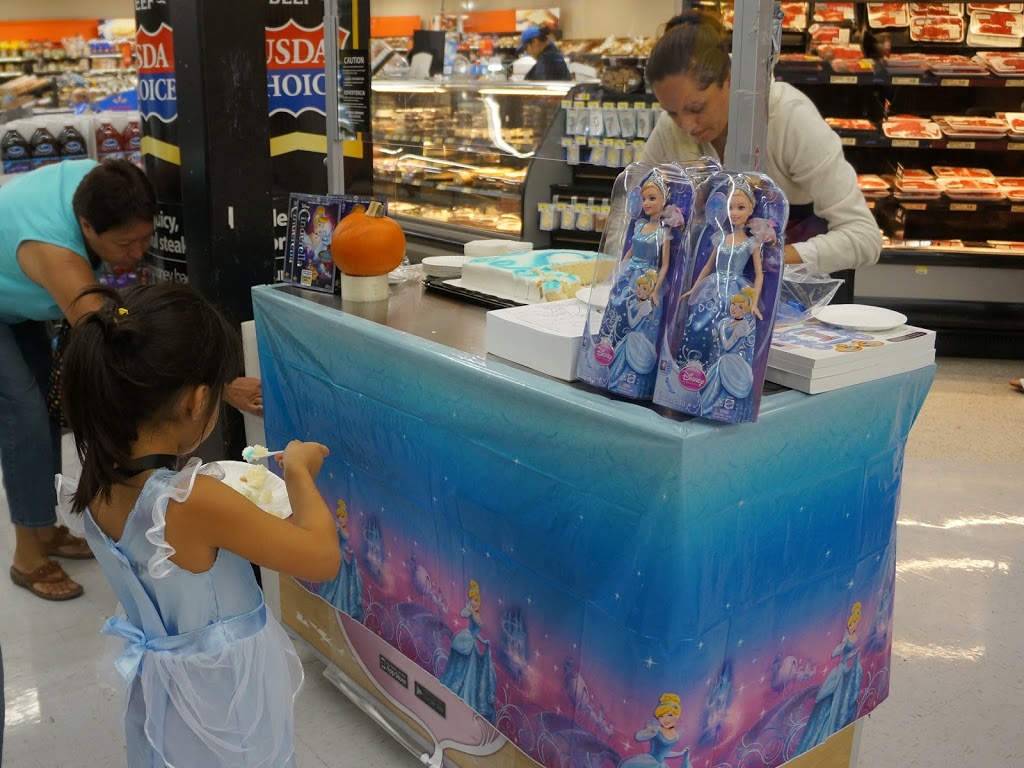 We headed home and quickly set up the scene for the girls and their friends to have a fun Cinderella experience. I think we did a great job in setting up the table for the food and thanks to our new friend at Walmart – the activity table had more than just jewelry on it. 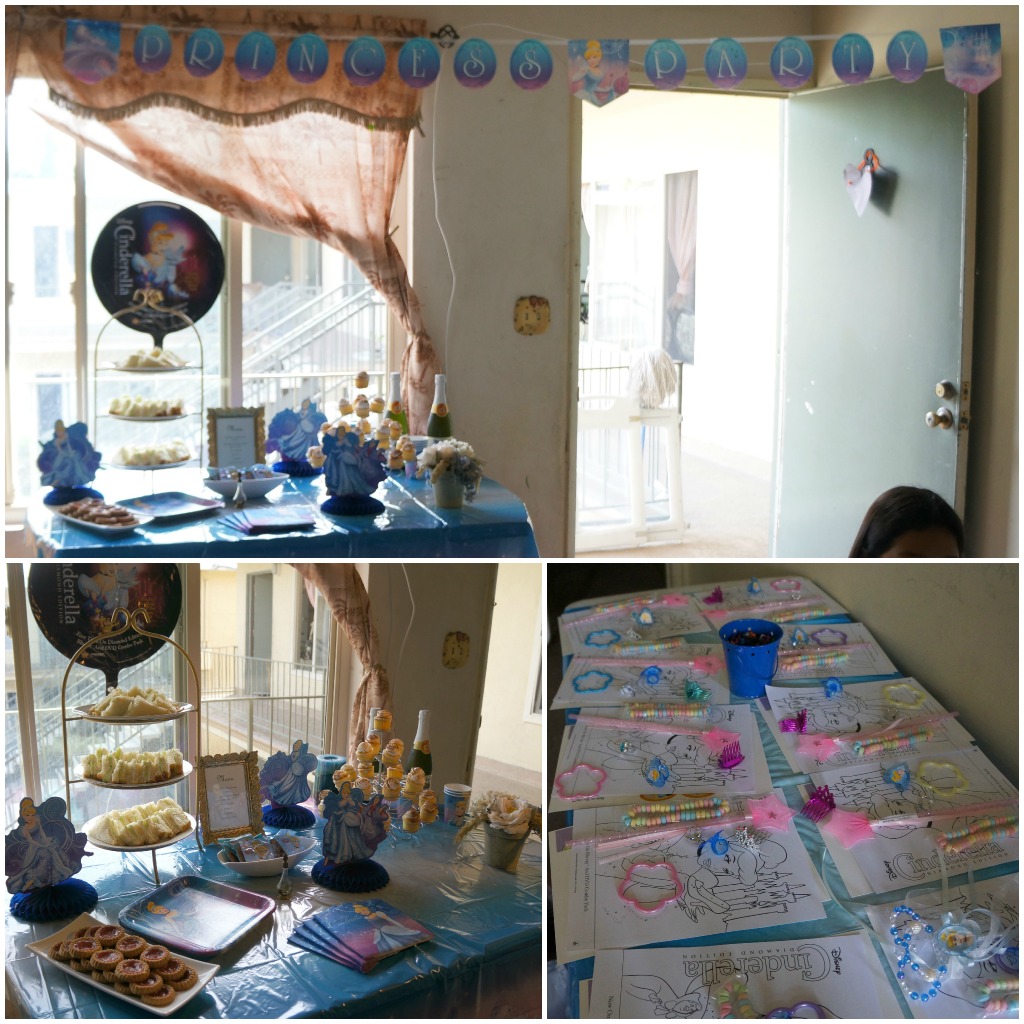 The girls piled in one by one and by the start of the party, we had a few extra attendees who had gotten word of the Cinderella screening. That was okay though because we had enough goodies for everyone. We watched Cinderella in its entirety, served sparkling cider in beautiful Cinderella cups, painted nails, accessorized and colored. The party was very fun and it gave the girls a chance to be girls without boys around. We finished our Cinderella party with a raffle. We gave away all the centerpieces, banners and extra faux jewelry we had left over. All the girls went home happy and my nieces were the talk of the apartment complex for the rest of the weekend.