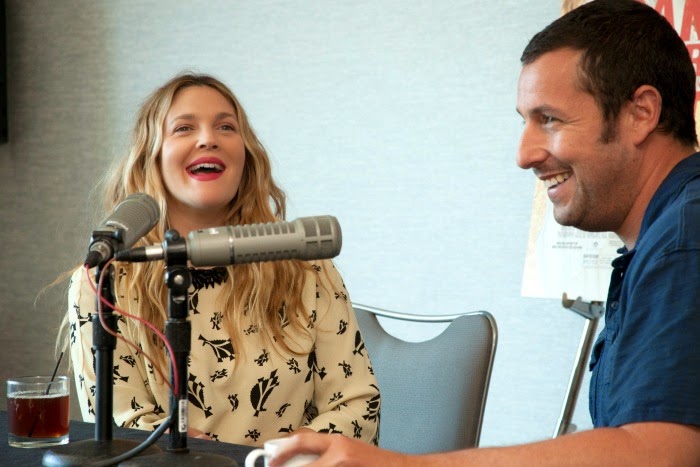 One of my favorite on-screen couples are back on in Blended, out in theaters on May 23, 2014. Drew Barrymore and Adam Sandler are back together, and after screening the movie, definitely adding another hit to their list.

After a disastrous blind date, single parents Lauren (Barrymore) and Jim (Sandler) agree on only one thing: they never want to see each other again. But when they each sign up separately for a fabulous family vacation with their kids, they are all stuck sharing a suite at a luxurious African safari resort for a week. 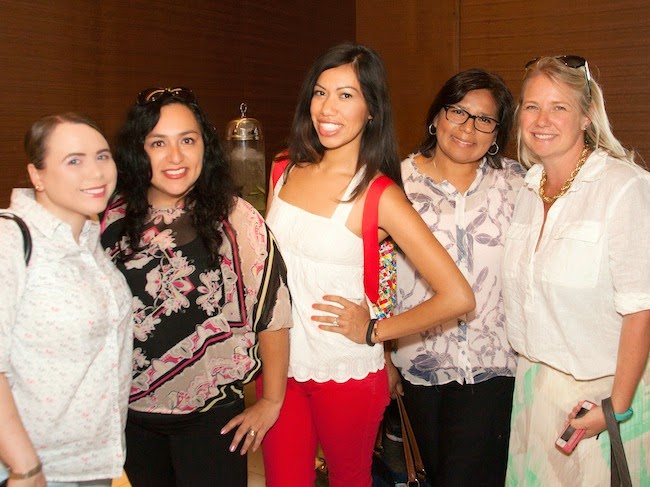 A group of bloggers and I had the opportunity to watch the movie last week and then talk to Drew Barrymore and Adam Sandler about the film and their past projects. It was an amazing time and gave us the chance to get an insight into their relationship, their current businesses (including Flower Beauty Makeup & Cosmetics by Drew Barrymore) and what’s in store for them in the future. 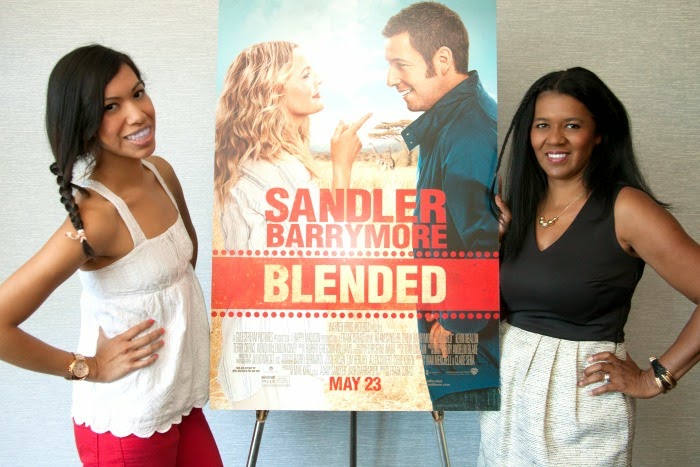 After the movie, we headed back to Loews Hollywood Hotel where we polished up a scrumptious lunch and then sampled Drew Barrymore’s Flower Beauty Makeup and Cosmetics. It was my first time using her products. I was very impressed by the packaging, and even more so by the colors. We went home with some of her nail polish and eye shadow, but I’m definitely heading to Walmart and getting Flower Shine On Lip Gloss in My Little Buttercup.

Drew Barrymore created Flower Beauty Makeup & Cosmetics to offer women the opportunity to save their money, and still get quality cosmetics. They save their money by not paying for advertising. Instead, Drew Barrymore, the proud owner, takes pride in promoting Flower, which in turn allows them to put all of their resources into the formulas and packaging, and not into advertising.

Beauty Makeup & Cosmetics is custom-formulated with the same ingredients used in luxury make-up. Their exclusive botanical-infused Soft-Focus Complex illuminates for a lit-from-within effect. All products are proudly made in the USA and are never tested on animals. So be em-FLOWER-ed. Find out more at http://flowerbeauty.com and purchase at your local Walmart.

We had fun doing our hair and makeup, and then Drew Barrymore and Adam Sandler walked through the door. They took some time answering our questions and left us wanting another film featuring this favorite on-screen couple.
Drew, were you pregnant making the movie? We were trying to figure it out.

Mr. Adam Sandler: For about 10 scenes.

Ms. Drew Barrymore: I was at the end of the movie.

What was the most emotional part of the film for you?

That just slayed me reading it. And then, the mom line, that you’re a good mom, too. But, then watching the movie, the scenes that kills me every time I’ve seen is Espn saying, mom said she had a great time. And, you know, that whole scene. I can’t even talk about it.

Mr. Adam Sandler: Emma [Fuhrmann]. She’s a great actress. She breaks your heart, that girl. And I love when Drew is singing Somewhere Over the Rainbow, and the kids are affected by it. It’s great. It’s a lot of sweetness.

All of your characters had a lot of big adventures in this movie, and I was wondering if you guys got to have any adventures off camera while you were on location?

Ms. Drew Barrymore: In Africa, it’s hard not to.

Mr. Adam Sandler: Every weekend was pretty awesome. And when we weren’t working, we went somewhere neat, and there were always animals involved. And the kids got to see everything. It’s just neat. Going out to eat there was cool.

And it was, like, do not open these windows, or monkeys will ransack your room, we’re not kidding. And, of course, everybody would forget and leave their windows opened. I’m sure some people like me were sort of, like, “bring it!”.

I want to see this. And they really would ransack the room. It looked like one of those scenes in a movie where you’d walk in, and you’re like, somebody’s been here. It was crazy. It was so cool.

The supporting cast was really awesome. Like, the Shaq [Shaquille O’Neal] cameo, was that part for him?

Mr. Adam Sandler: Yes, I love Shaq. I got to know him, and just thought it’d be funny. And in a lot of romantic comedies, the best friend is a certain type of guy that–I don’t know. It’s just more, plays the field a little bit.

And I just thought it’d be slightly different if Shaq was his best friend. And he’s a great guy.

Ms. Drew Barrymore: And he is.

Mr. Adam Sandler: And he’s funny. I’d never seen anybody like this guy. When he walks in anywhere–we shot at Dick’s Sporting Goods.

And it was open. So, there we’re, like, a thousand people walking around buying things, and they’re like, is that Shaq? He’s just kind to everybody who came up to him and took pictures with them all. And he’s just a great man.

Adam and Drew were so much fun to chat with, and they even took the time for a few selfies! Catch Blended out in theaters everywhere on May 23, 2014. 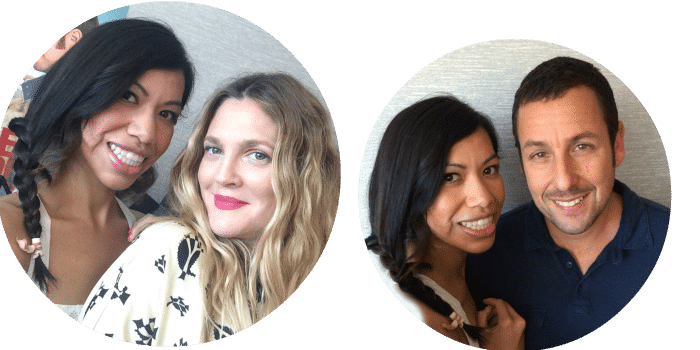 [disclaim]This is not a sponsored post. I was invited to this Blended event courtesy of Warner Bros. Pictures. All thoughts and ideas remain my own.[/disclaim]