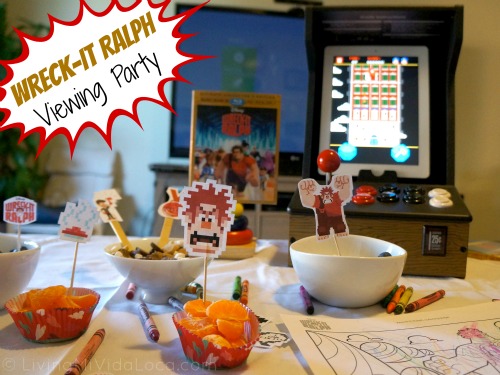 We had an amazing weekend, and it all started on Friday when we sat down to watch Wreck-It Ralph. My older kid had seen it before, but I was still out in the cold because I hadn’t had an opportunity to see it. However, the hubster said that it was one of his favorite Disney movies and that he couldn’t wait to see it again. Unfortunately, the kids and I run pretty low on patience so we sat down to watch it along with some snacks and a few activities before he got home from work. 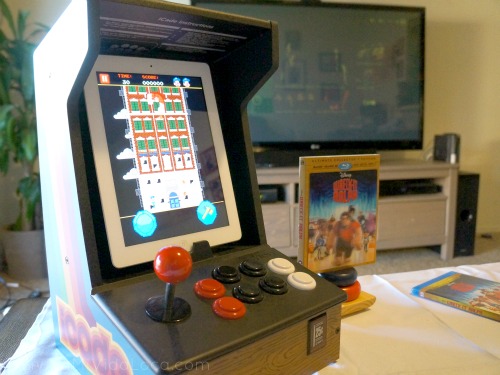 The boys started by playing Fix-It Felix on the iPad (atop the icade for a more realistic arcade feel). After a few rounds, we switched over to coloring while I put together a healthy snack for them to devour while watching Wreck-It Ralph. 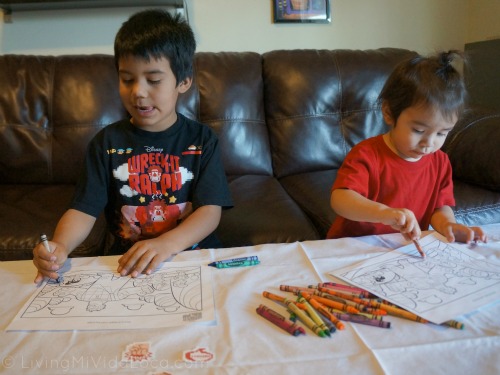 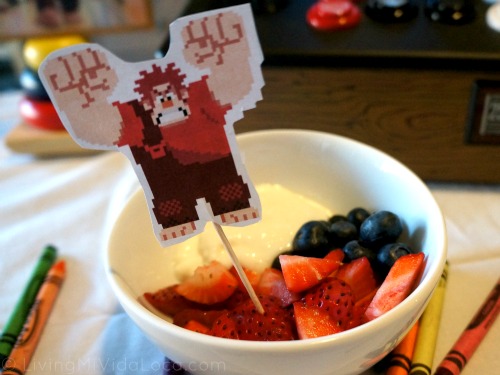 Snacks are super simple at my home, mainly because I lack imagination when it comes to recipes. I cut up some strawberries, set them next to blueberries and then filled in the rest of the bowl with low fat honey-flavored yogurt. A few cuties placed inside red cupcake holders made a great addition to the set-up. And because I like to snack on junkier foods while I watch kid movies, I set out some s’more-flavored Goldfish crackers. This way, we could get the junky feeling, without being overly junky. 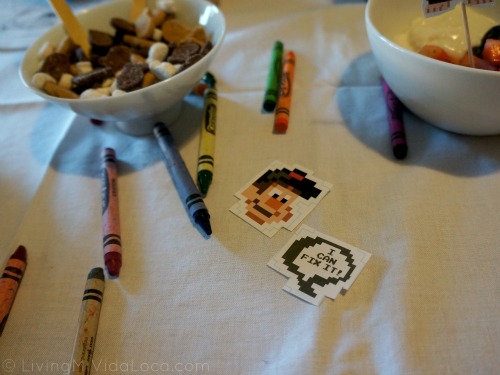 I went the extra mile for the kids by printing out some Wreck-It Ralph stickers – but taped them to popsicle sticks and toothpicks instead. The remainder of the images, I set out on the table to add theme to the tablecloth.

We had a great time watching Wreck-It Ralph, and like most Disney movies, tears were shed, cheering was loud and snacks were devoured. I really liked the movie, especially the end and I loved seeing all the old-school gaming characters that come out. The story was well-thought out and I can definitely see us watching it over and over again. In fact, my kid is still reciting the beginning of the movie!

When you watch Wreck-It Ralph, I recommend that you have some healthy snacks around to munch on because you’ll want to scarf down every bit of sweet goodies that you have at home. Like the movie commercials have shown you, you’ll see visions of sugar and spice and everything nice – and that will get your sweet tooth going.

Wreck-It Ralph is available via HD Digital and HD Digital 3D Versions. Buy it on Blu-ray™ Combo Pack, Blu-ray 3D™, DVD, SD Digital and On-Demand on March 5, 2013. Stay connected with the latest news and information about “Wreck It Ralph”: 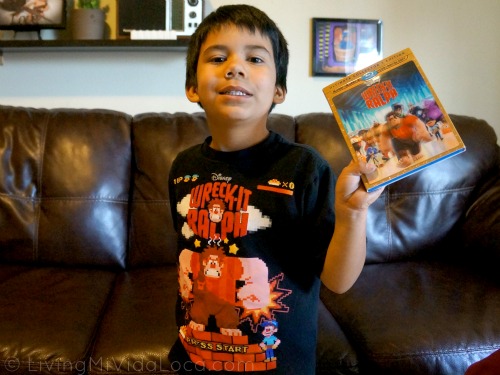 This is not a sponsored post. I received the movie to enjoy at home with my family. All thoughts and opinions remain my own.