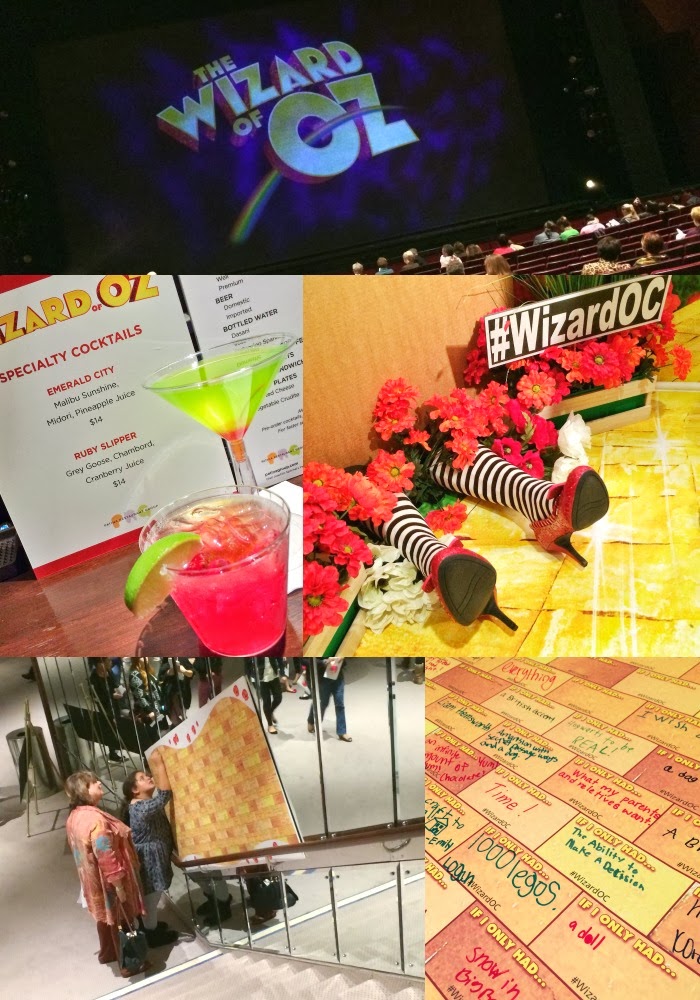 Having the chance to experience broadway shows like The Wizard of Oz at Segerstrom Center is what makes life in Southern California so awesome. Last night, I had the opportunity to see The Wizard of Oz on stage, for the first time, and I really wish I had brought my six year old to see it. I know that he would have loved it – and I could have taken advantage of the “Kids’ Night on Broadway” special that Segerstrom Center for the Arts is hosting whereby kids get in free, with a paying adult.

The musical follows the movie so we are treated to “Somewhere Over the Rainbow” in the first 20 minutes. It sets an amazing precedent for the rest of the show – and it is just as amazing as the pictures in this post. The colors are AMAZING, the lighting effects are spot-on and the special effects are a great addition without taking any of the integrity show. 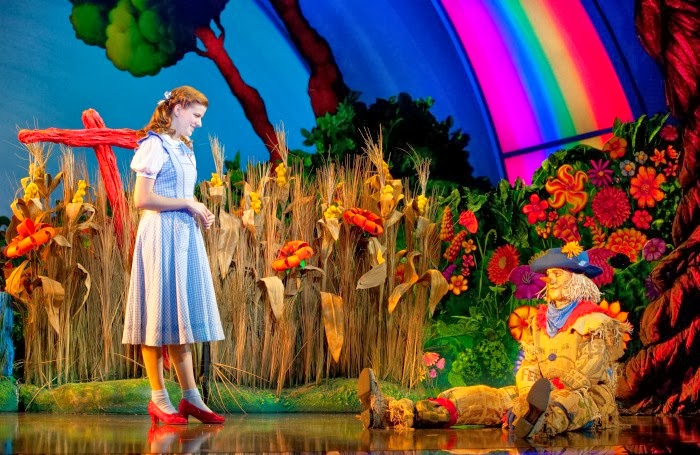 The actors portrayal of the characters are matched only by the setting of the show. The set designers took into consideration that the farm would have to look vast and wide, so they created Dorothy’s house at an angel to make it look bigger than it really is. You can also see the play with dimensional buildings in Emerald City. And oh, the color!!! So much color. It’s just absolutely gorgeous – and thanks to your Wizard of Oz movie marathons, you’ll be able to appreciate just how close to the movie they chose scenes and the detail that was put into the show. 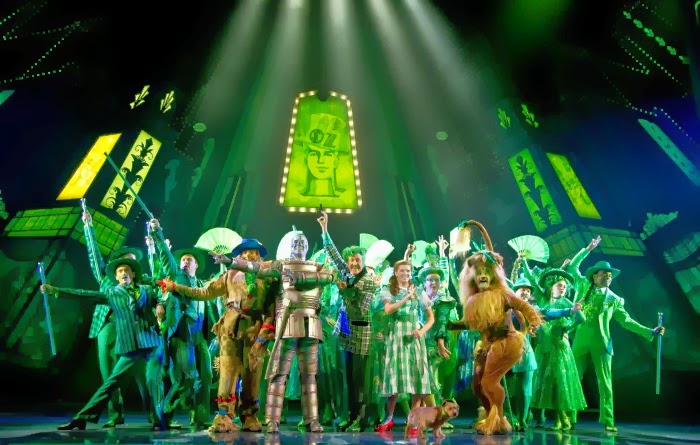 This show is a perfect introduction for kids to go into the musical big leagues. With The Wizard of Oz, I would just like to note a few instances where kids may be a little nervous:

Thunder. The thunder and lighting may be a title too much for the kids – but it’s amazing to see it play out on stage.

Special effects. The Wizard of Oz uses haze, smoke, dry ice and fog during the performance along with periodic strobe lights.

Monkeys. You know those flying monkeys in the movie? Yes, they’re in the show too. They are a bit creepy because it really looks like the wings are on the human. So yes, creepy. It’s also dark when they’re out on stage so they look like gargoyles. 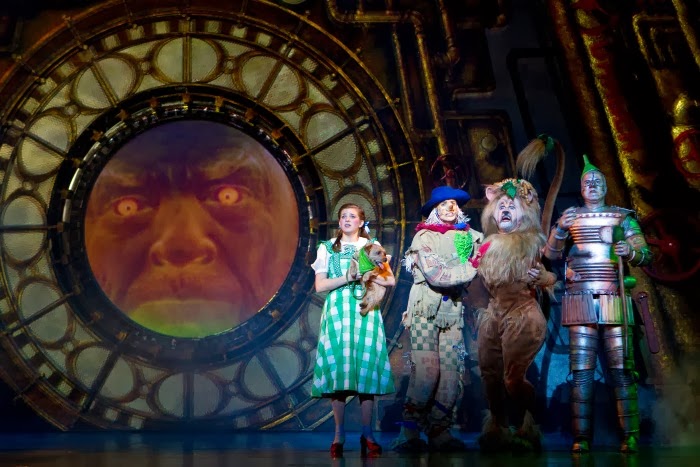 My favorite scene is where the Tin Man is introduced into the show. The tapping number is my absolutely fave. Seeing how the first part in black and white is played out on stage is pretty cool too. If you’re in Southern California, I invite you to check out the show. It’ll be playing at Segerstrom Center until February 23rd. 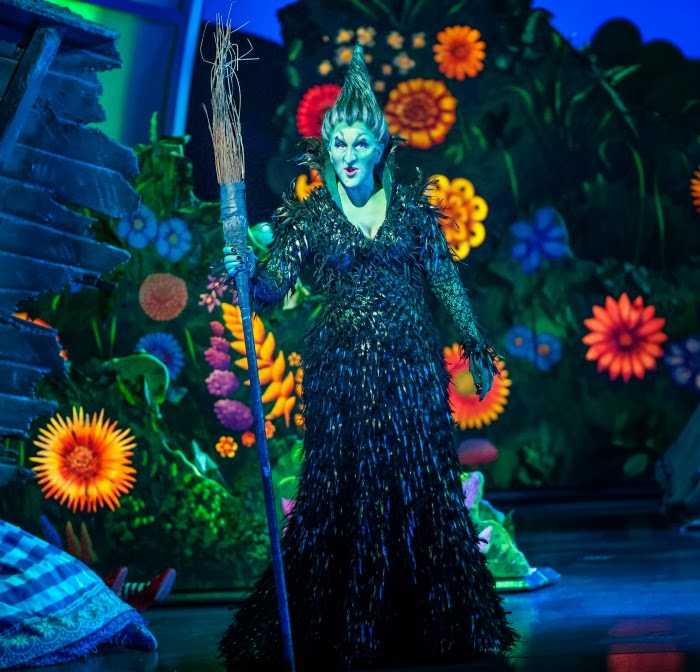 The Wizard of Oz

All pre-show activities will take place one hour prior to each performance and include:

The Yellow Brick Road to Oz where guests can write down on paper made bricks what they would ask the great and powerful Wizard if they had the courage and the chance.
One vast There’s No Place Like Home map for patrons to mark where they call home.
A hands-on Tornado Demo that includes facts about these fierce and destructive windstorms.
There will be a fun Photo Opportunity featuring the iconic yellow brick road. Guests are encouraged to post photos on their social media sites and use hashtag #WizardOC.
Audiences can browse the Fun Facts Display containing trivia about all things THE WIZARD OF OZ – from the original books to previous stage productions to the immortalized 1939 classic film.

Kids’ Night on Broadway takes place February 12 and 13 and includes additional pre-show activities for children. For each full-priced adult ticket purchased, a child’s admission will be free. This offer is valid for young people ages 5 – 18 and the promo code is: KNOB.