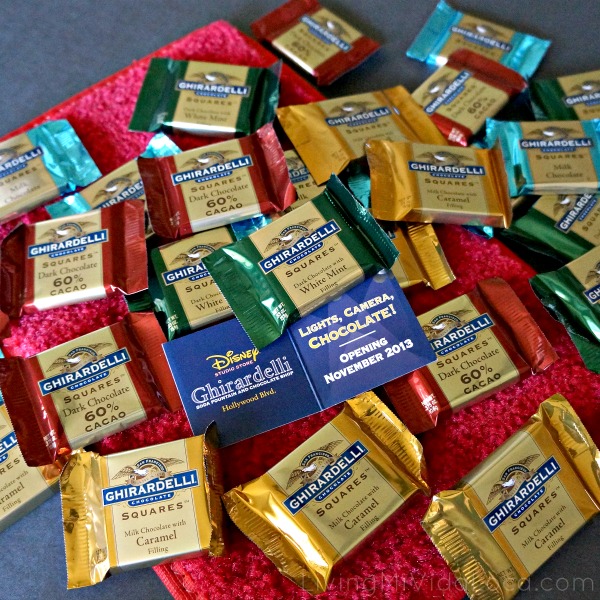 I’m not a big chocolate eater – unless it’s GOOD chocolate, and preferably dark. Ghirardelli offers the most wonderful dark chocolate, and now I’ll be able to purchase it at The Walt Disney Studio’ El Capitan Theatre and Disney Studio Store on Hollywood Boulevard.

It’s Ghirardelli’s first shop in LA! The existing Disney Soda Fountain will close on September 29th and reopen on November 15 where they will offer more than just chocolate. Stop by the shop for world-famous hot fudge sundaes, shakes, floats and other gifts. Enjoy a complimentary sample of the signature Ghirardelli Squares chocolate during your visit.

To celebrate the opening, Ghirardelli Chocolate will feature a specially created sundae treat for the opening of Walt Disney Animation Studios’ new animated movie, “Frozen.” This sundae treat will be available during the month of November.

This is not a sponsored post. I received chocolates to celebrate the new store opening. All thoughts and opinions remain my own.

Preserving fresh basil by freezing for later use
So Good Moms’ Night: What to Serve