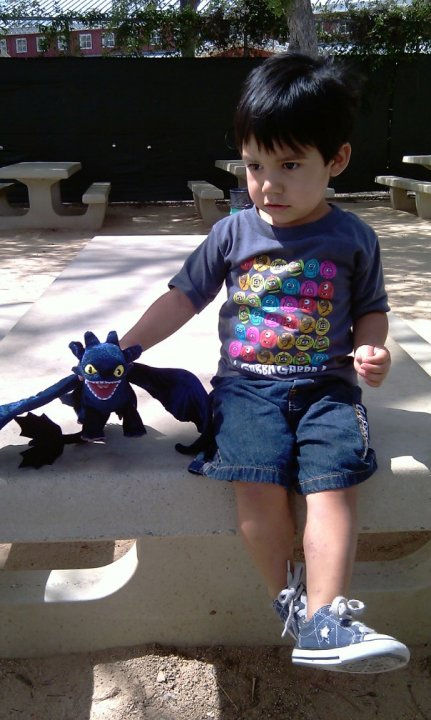 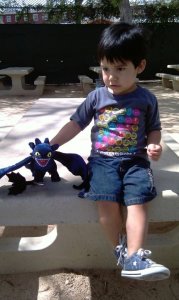 We’ve been big fans of “How to Train Your Dragon” since it’s release in theaters. We went to go see it and then later bought it on Blu-ray. Our favorite character is Toothless (pictured here with my son back in 2010).

So imagine my surprise when I come to find out that “How to Train Your Dragon” is also a LIVE show! Yes… and it’s coming to the Honda Center. We’re super-excited to be going in January. Thankfully, my youngest will be a year and a half by then and Toothless will hopefully not be too scary for him.

The show had a critically acclaimed launch in Australia and New Zealand and now that it’s in the US, it’s getting an even bigger following! It features more than a dozen dragons, some with wingspans of up to 46 feet, Viking warriors and world-class circus artists and acrobats combined with a heartwarming story (which I’m sure you’re familiar with).

You can go to www.dreamworksdragonslive.com for on-sale dates and other ticket information.

Pre-sale tickets for the Anaheim, CA are available NOW. The show will take place January 17th through the 20th. I hope to see you there!


Additional tour markets in 2013 will be announced soon on their site.