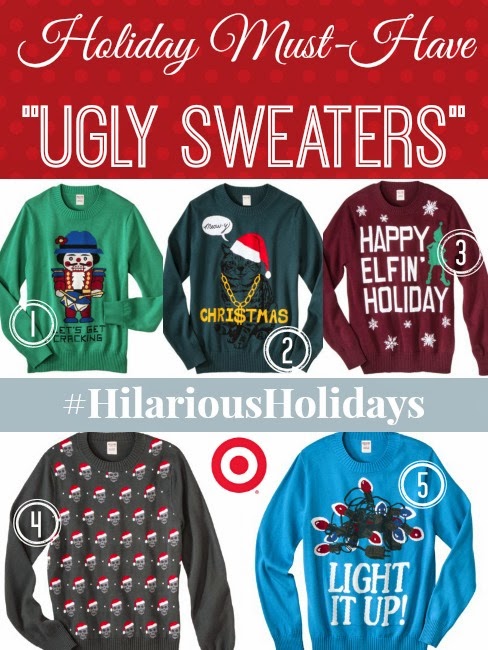 Ugly sweaters and its parties are something that are relatively new to me. This year, I’m totally jumping on the bandwagon and grabbing one for myself (and probably hubster too).

When Target reached out to me asking me what “ugly sweater” fun I had planned, I realized that I hadn’t thought about it yet! So I headed to my favorite Target (the one with Starbucks in it) and tried on a few. They have some really fun ones, and not so ugly!  I decided on the one with the little Santa skulls. Cute, right? 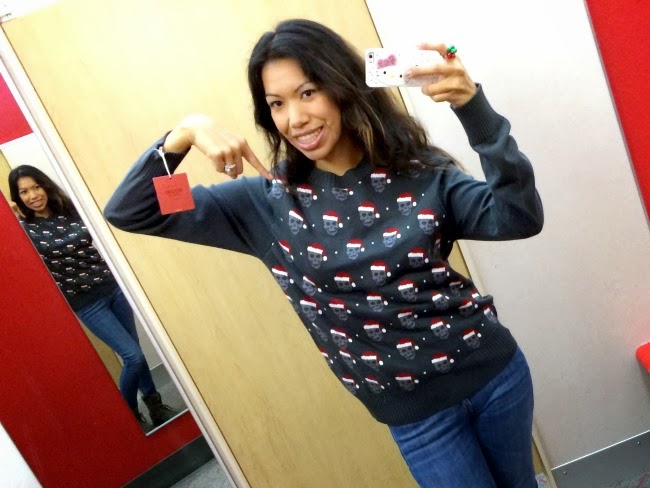 After I grab my favorite ugly sweater from Target, I plan on wearing it to Knott’s Merry Farm and don it during their annual ugly sweater contest. It’ll be another first for me, and I have all my fingers crossed that I’ll win. If not, at least I’ll look cute in my sweater! Follow along more ugly sweater fun using hashtag #HilariousHoliday.

This is a sponsored post. I received a gift card to facilitate this post. All thoughts and opinions remain my own.