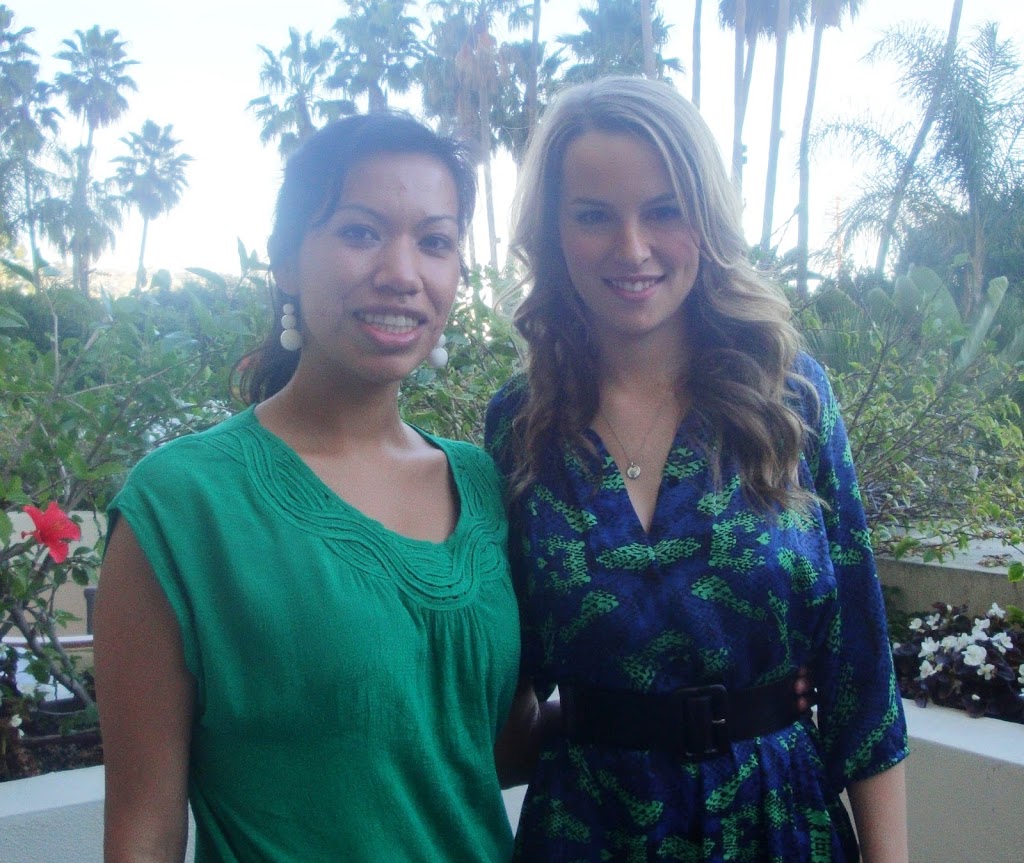 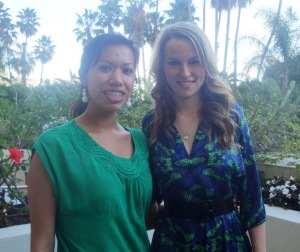 I had the opportunity to attend a junket where I met with the talented Bridgit Mendler. We were a small group of about 10 moms and our daughters/nieces. We discussed Bridgit’s newest movie, The Secret World of Arrietty, her burgeoning career and what’s it like to be an up-and-coming star. Here’s some of the questions that we asked, and what she had to say.

Q : What was your favorite part of playing Arrietty?
BRIDGIT MENDLER : I think she’s a fun character. I think she’s pretty spunky, she’s pretty cool. I like that she has her heart in the right place. So, [it] felt like she was giving some good messages.

Q : Can you relate to her?
BRIDGIT MENDLER : I think I was pretty adventurous when I was younger. And I liked exploring outside and I was- I was into climbing trees and rocks and all that stuff.

Q : Being famous, is it harder to go places like shopping?
BRIDGIT MENDLER : I do have trouble with that sometimes. And, and so sometimes I try and wear a hat or sunglasses and a lot of times people are respectful. But sometimes they get really excited and you can’t blame them for like wanting to say hi. And I’m so happy to meet the fans of the show. And it’s really flattering. But, I’m not always looking my finest

Q : Do you ever miss not being famous, being able to go out without paparazzi?
BRIDGIT MENDLER : I haven’t had to worry about paparazzi. I don’t consider myself quite famous. I think I’m like a kind of a familiar face. But they really don’t give me too hard of a time with it. I do think it would sometimes be easier if I didn’t have to worry about hiding, because I can definitely tell when somebody notices me and I kind of like start to try to hide a little bit.

Q : What was the funnest part of the process?
BRIDGIT MENDLER : I think it was fun because I kind of got into this story. As I was recording, I really felt like I was, in the movie. I was in the story. And each time I went, I felt like I was just watching a movie, so it was always really fun to do.

Q : During the adventure scene, were you ad-libbing?
BRIDGIT MENDLER : Well they wanted us to adlib for that part. So, for that part I kind of just had to watch the scene and then just try and go for it.

Q : What was the hardest part?
BRIDGIT MENDLER : Those adlib bits where I have to make a grunt or a heavy breathing at some point. And [LAUGHTER] you just have to pick the moments do it a little bit more exaggerated than what you’d actually do, because if you think about it, if you’re actually doing that, you might make some noises. But not as much as they kind of need to hear when you’re in an animated movie. It’s a challenging thing [LAUGHS] because you’re not actually doing the motions.

Q : What would you tell girls, a suggestion related to pursuing careers?
BRIDGIT MENDLER : I think a great thing about Arrietty is she has a really pure curiosity for the world? She just wants to see things and she wants to meet people. But she has really great intentions, and she meets this boy, Shawn, who is kind of having a rough time. And she’s able to be a really good friend for him. And so I think it’s a great message of friendship and adventure. And I think it’s good. I think all girls should feel empowered like they can go out and conquer the world. I think it’s important.

Q : When you were younger, what other careers did you want?
BRIDGIT MENDLER : You know, I was a kid who wanted to do everything. I wanted to be a chef, a gymnast, the President, a lawyer, I wanted to be everything. So through my job, I can do a lot of different things.

Q : Are you steering yourself towards being a musician or an actress?
BRIDGIT MENDLER : I feel like I really want to devote enough time to both of them. But I, I haven’t really had time to get music off its feet so well. So I’m kind of hoping to focus more on that this year, just with the upcoming release. 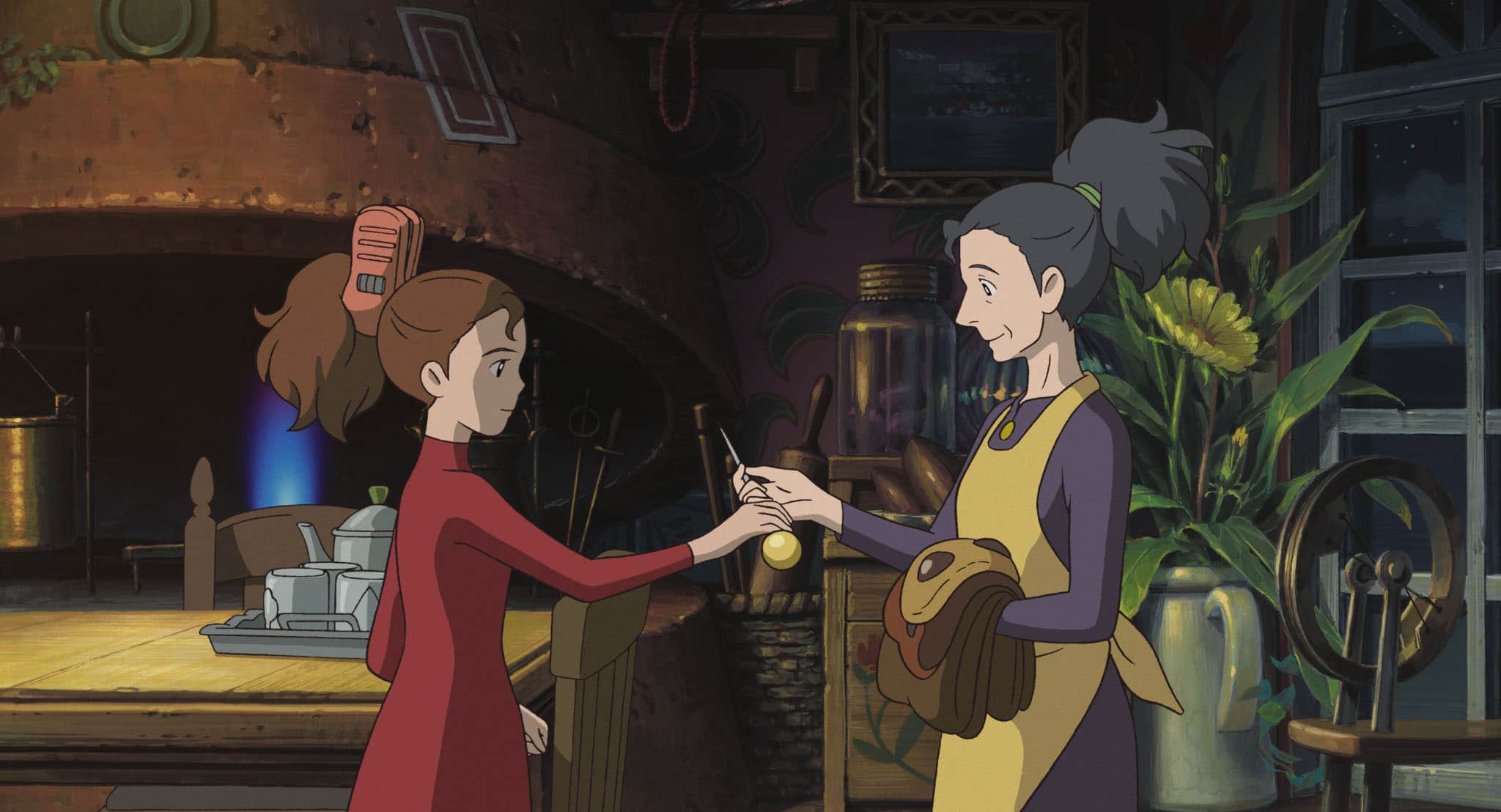 About The Secret World of Arrietty

Residing quietly beneath the floorboards are little people who live undetected in a secret world to be discovered, where the smallest may stand tallest of all. From the legendary Studio Ghibli (“Spirited Away,” “Ponyo“) comes “The Secret World of Arrietty,” an animated adventure based on Mary Norton’s acclaimed children’s book series “The Borrowers.”

Arrietty (voice of Bridgit Mendler), a tiny but tenacious 14-year-old, lives with her parents (voices of Will Arnett and Amy Poehler) in the recesses of a suburban garden home, unbeknownst to the homeowner and her housekeeper (voice of Carol Burnett). Like all little people, Arrietty (AIR-ee-ett-ee) remains hidden from view, except during occasional covert ventures beyond the floorboards to “borrow” scrap supplies like sugar cubes from her human hosts. But when 12-year-old Shawn (voice of David Henrie), a human boy who comes to stay in the home, discovers his mysterious housemate one evening, a secret friendship blossoms. If discovered, their relationship could drive Arrietty’s family from the home and straight into danger. The English language version of “The Secret World of Arrietty” was executive produced by Kathleen Kennedy and Frank Marshall, and directed by Gary Rydstrom. The film hits theaters Feb. 17, 2012.

Disclosure: I received no compensation for this post. I was invited to attend a press junket for the film as a member of the media. All thoughts and opinions are my own.