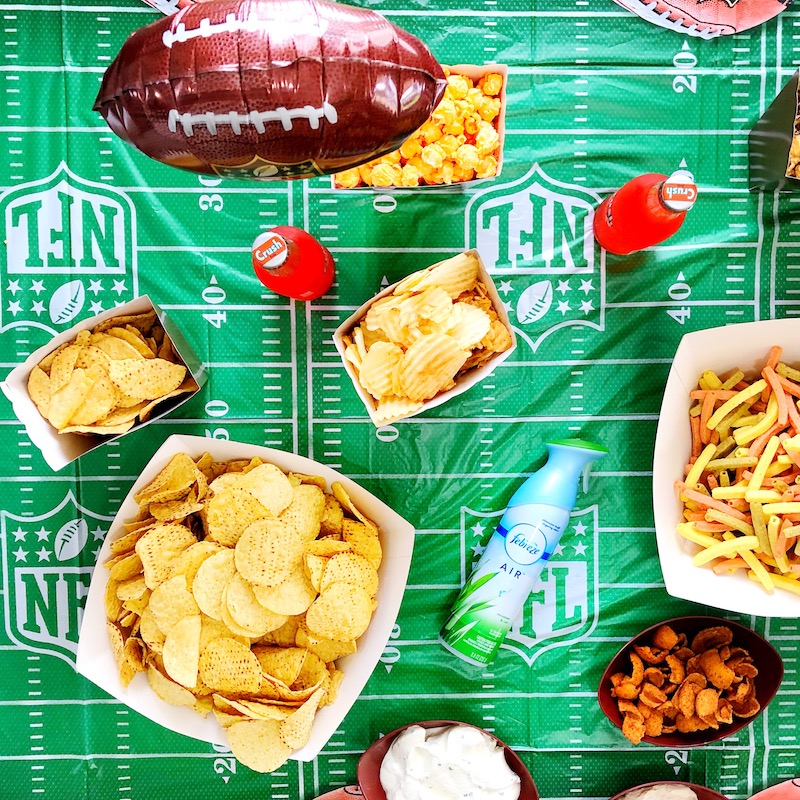 This is a sponsored post in partnership with Febreze.

So this is how my big game party prep is going so far… I have (most) of the food purchased, I have decorations ready to be hung, and I have my odor-eliminating MVP of the party, a bottle of Febreze AIR, all ready to go. So, while it’s going to be a raining Sunday for us, the fiesta is going to be a blast as we hang out, consume way more calories than we should, and patiently wait for the commercials to come on. Through it all, I know I’ll be giving the Febreze AIR a run for its money as we deal with food smells all mixed together like pizza, wings, mozzarella sticks, chips, dip and who knows what else. 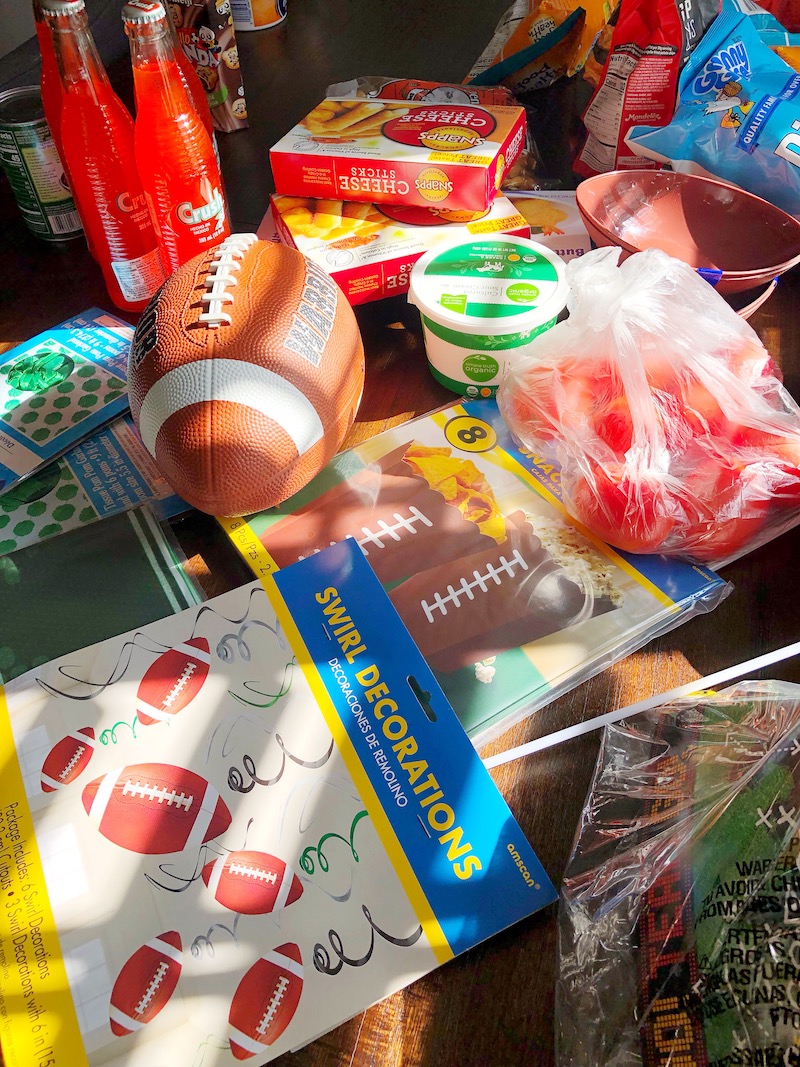 This week, I started prepping by going to the party supply store and picking up some cute football decorations. Turns out – a party for the big game is a lot more fun with football shaped snack holders! Who knew? So, I picked up a few of those, some football shaped bowls and hanging football cutouts. 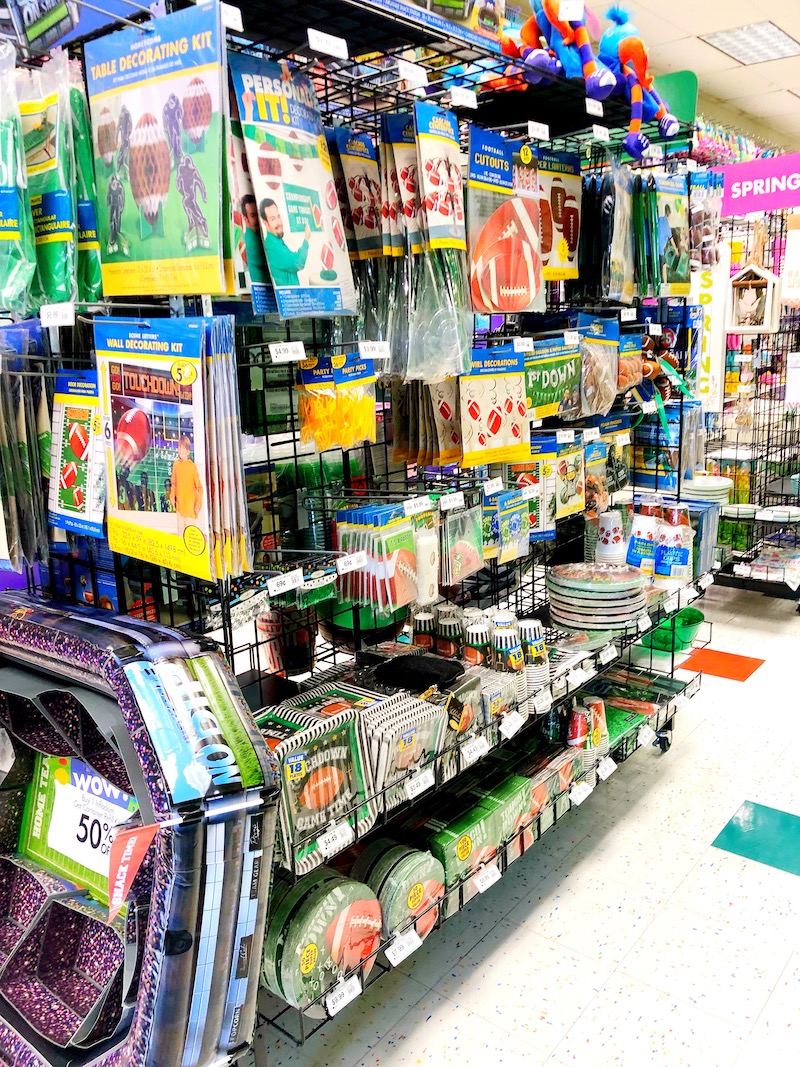 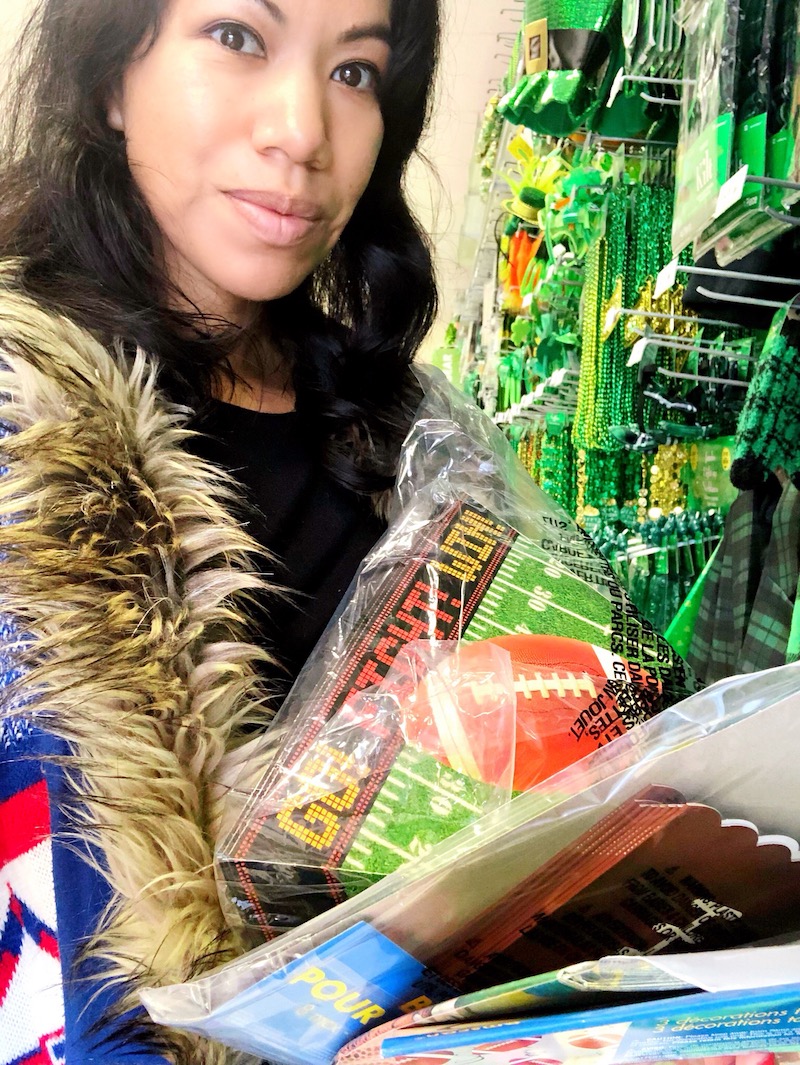 Mind you, I have no idea what really happens during a football game, but I do know that I love the idea of cheering someone on and taking short breaks to watch really entertaining commercials (by the way, have you seen this hilarious video starring Terrell Owens? He reminds you why you need to include Febreze Air on your shopping list).

After the party supply store, I hopped over to the grocery store for some fiesta basics – chips, dip, mozzarella sticks, pretzels and so on. I also threw in an extra can of Febreze AIR… para el baño. Better safe than sorry. 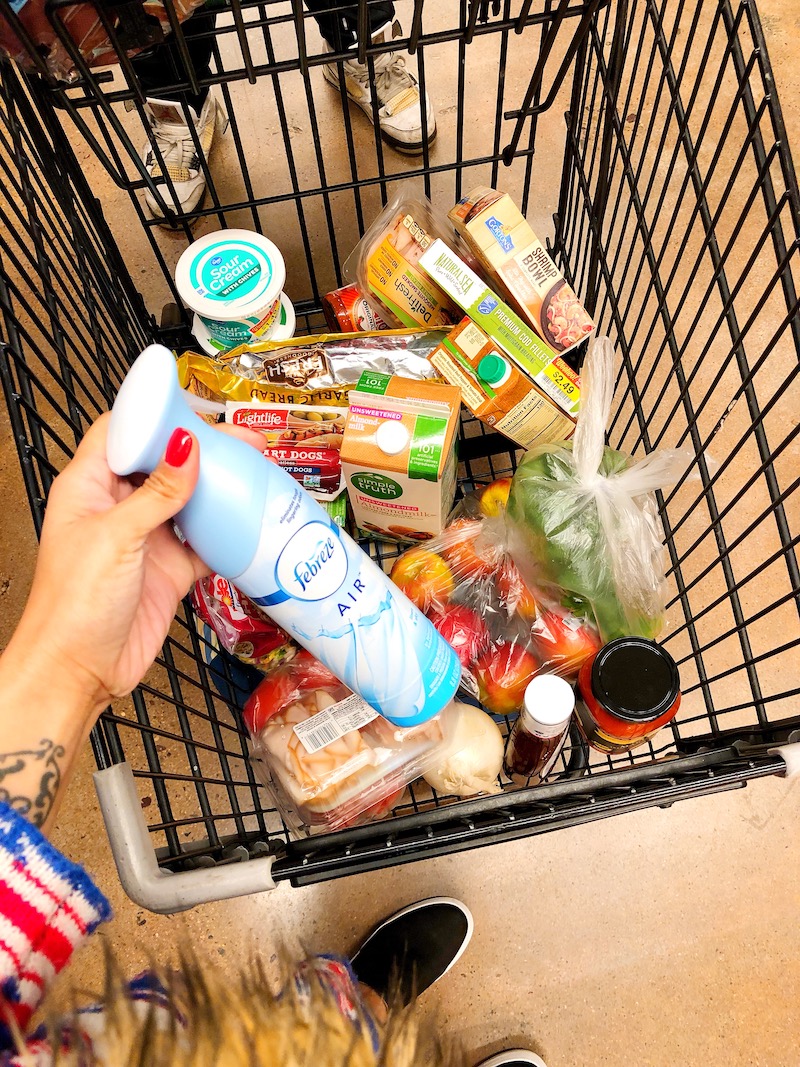 So now all that’s left is to get the full menu and finish up grocery shopping. I’ll get my home ready by just picking up, vacuuming and sanitizing restrooms, and spraying Febreze AIR so my home doesn’t just look clean, but smells clean too. Then I’ll just order some pizza and get the fiesta started.

If you’re hosting this year, I would recommend you shop early for the snacks that aren’t perishable. Also – check out your local dollar stores for footballs. These are great to just have on the table as decorations, and the chiclets can reuse them later after the game. 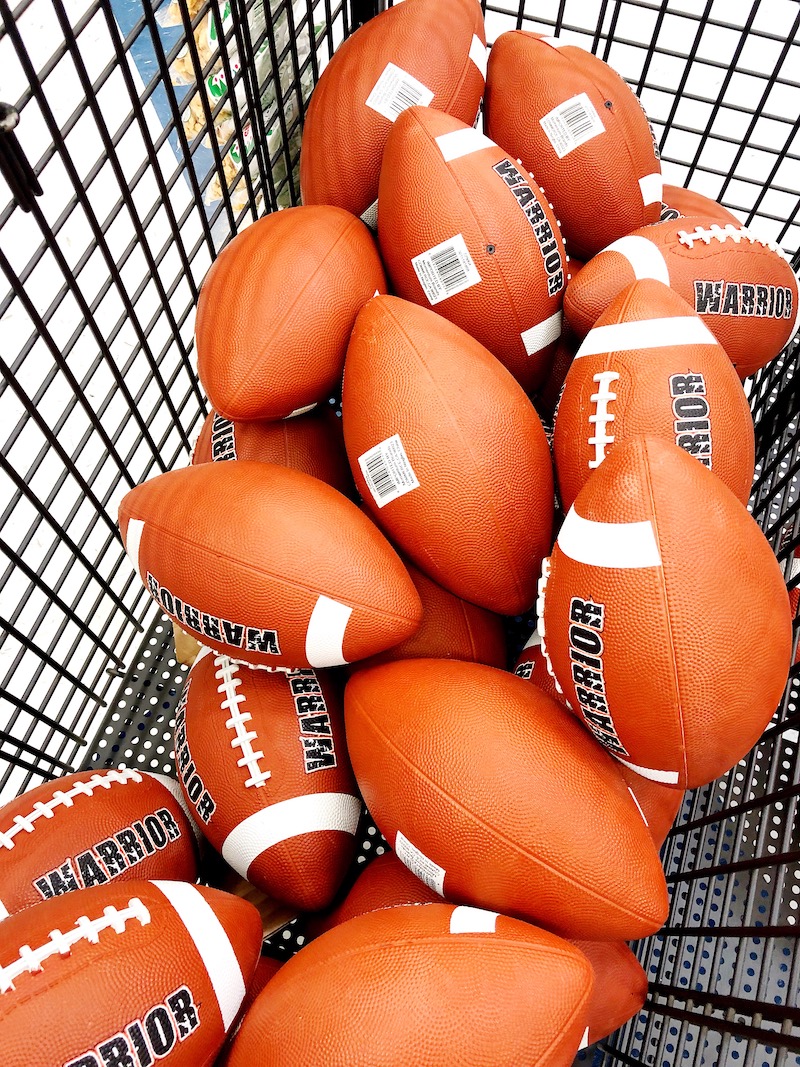 I would also put together some easy recipes. I’ll definitely be doing some keto-friendly party foods like the bacon wrapped jalapeños and buffalo wings. They’re super easy to put together and always a big hit! 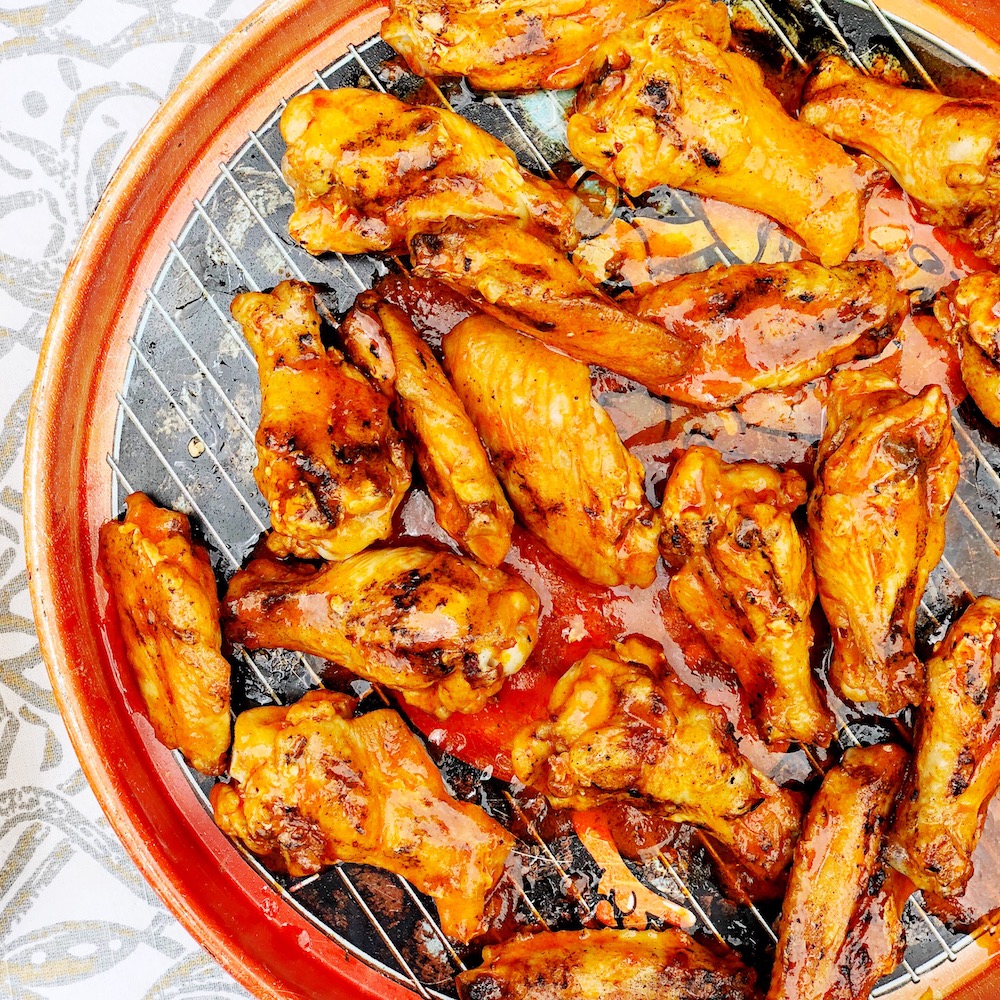 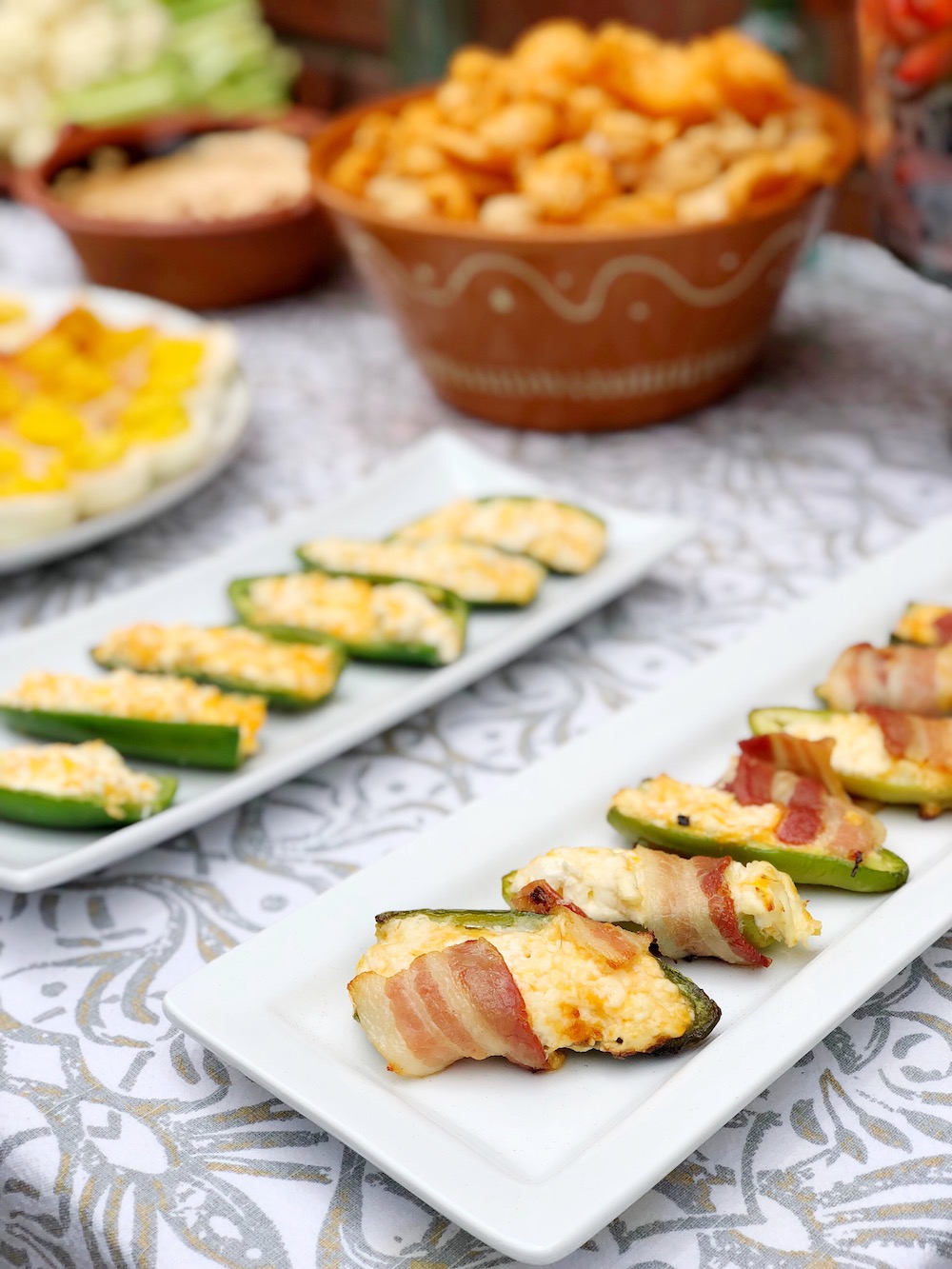 And while it’s all fun and games getting prepped, I’ll make sure to use the Febreze as needed throughout the game. We’ll be inside and all the smells will get mixed together – and that is not always so appetizing. Febreze is basically the odor-eliminating MVP of any party. 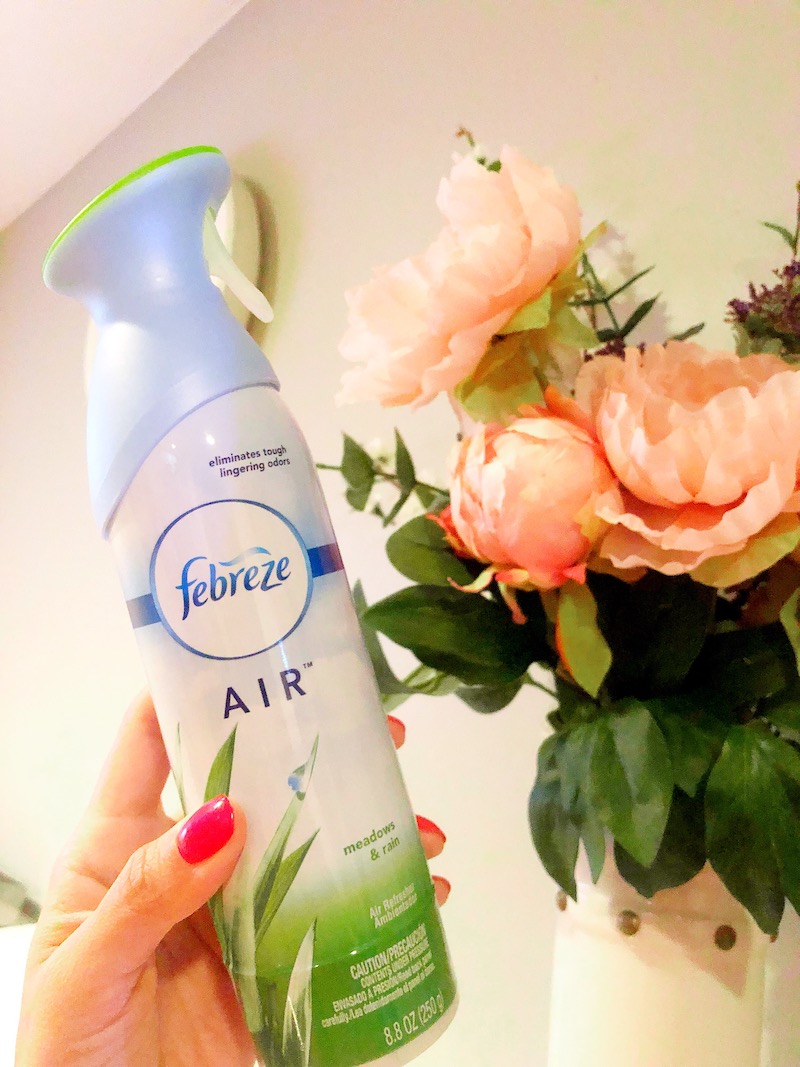 As you get ready for the big game, I highly suggest you get yourself some Febreze. It will save you – and your home – from all of those offensive odors, pregame, postgame and all the time in between. 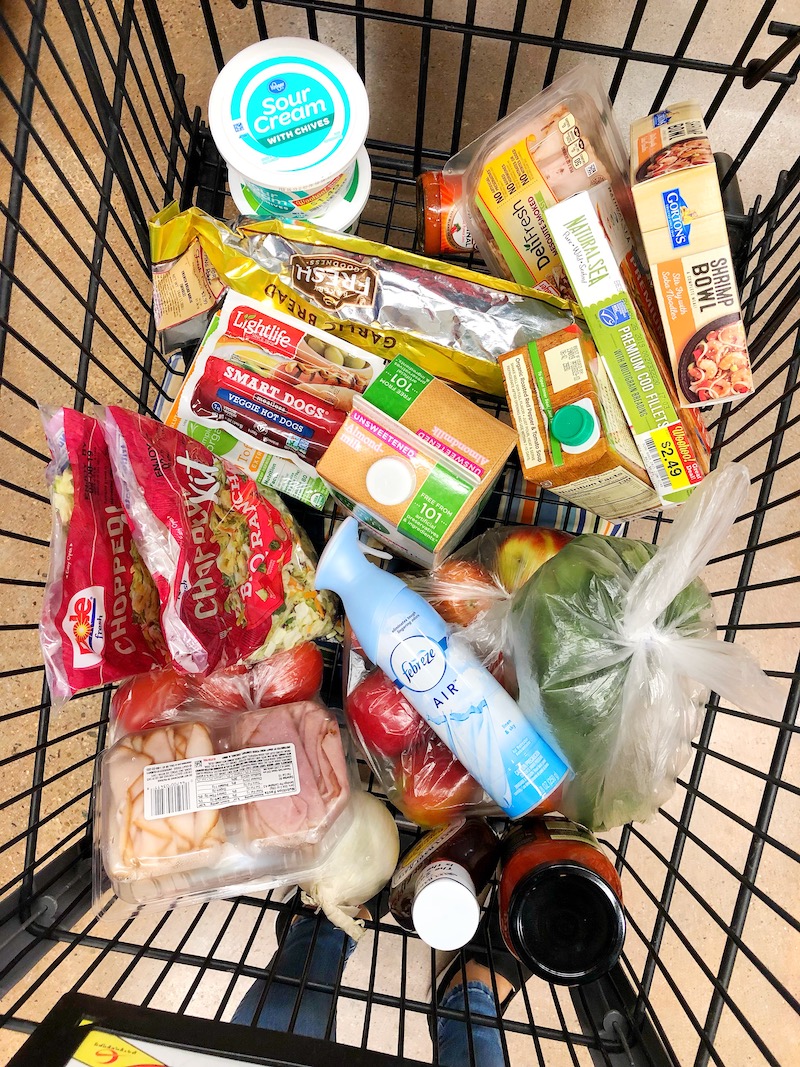 It’ll especially come in handy in the cleanup… because you know the next day is a school day and the house has to be in order by then. Febreze Air is great at removing any lingering odors and getting your home back to smelling fresh and clean after the party. Febreze has got you covered. What’s on your menu for the big game?

We had a fabulous fiesta! It took under thirty minutes to set up everything in our dining space. Of course, we did start our prep with a little Febreze AIR before setting up to make sure everything smelled beautiful.

We ended up serving pizza, chicken wings, a ton of snacks (including Popcornopolis popcorn!) and drinks. Refills were easy as the day went on and we still had enough for leftovers the following day! 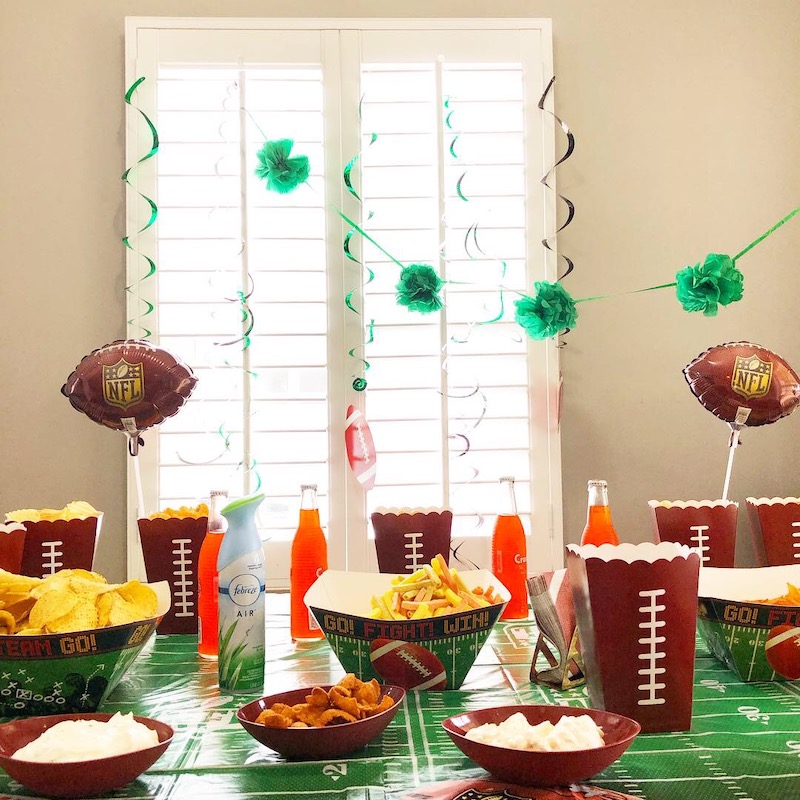 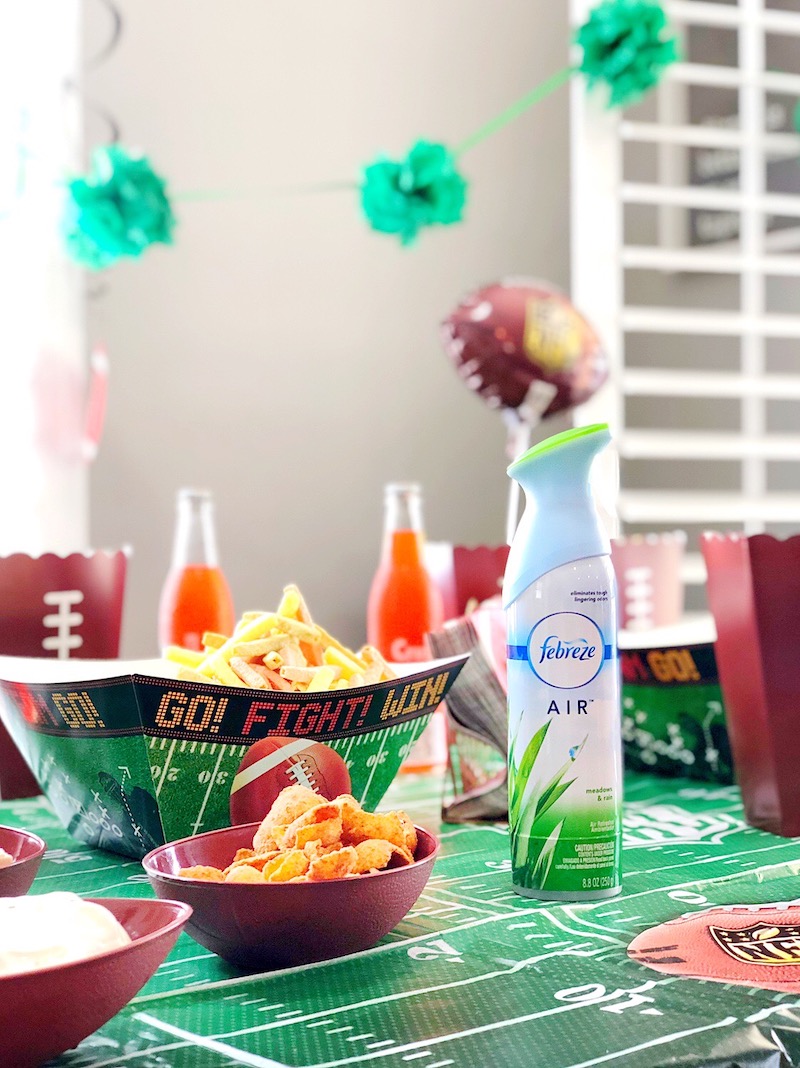 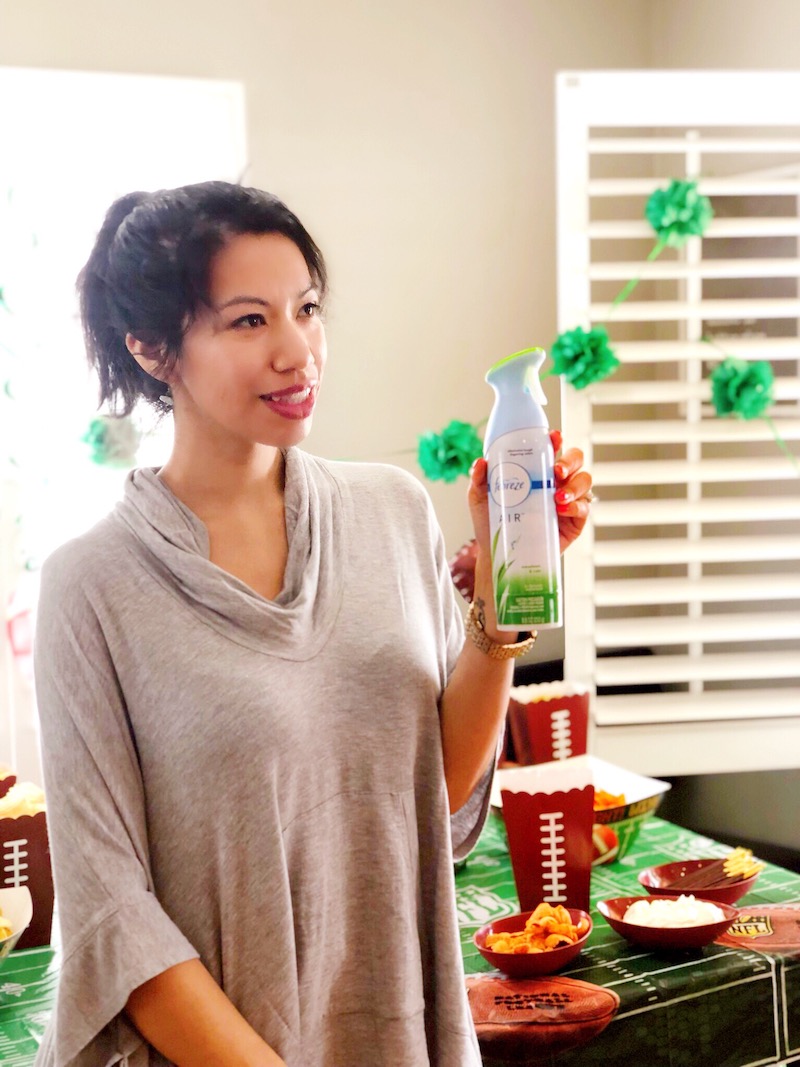 Cleaning up was just as easy – and it started the way it began, with a burst of Febreze AIR. 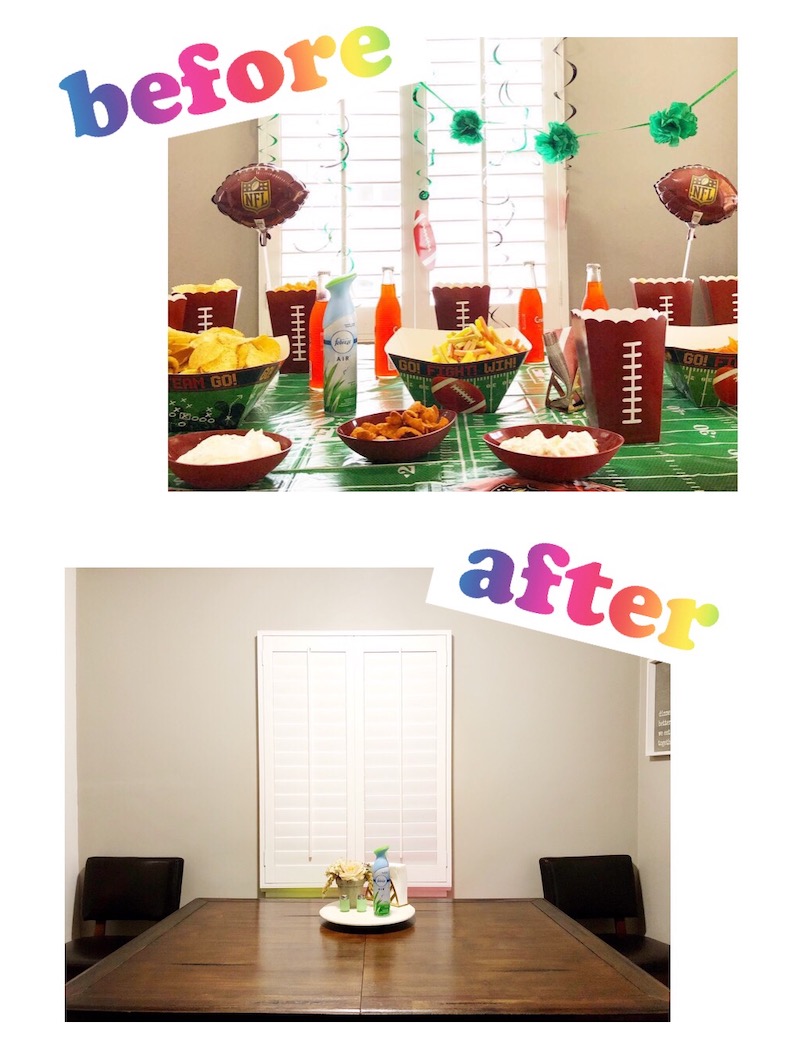 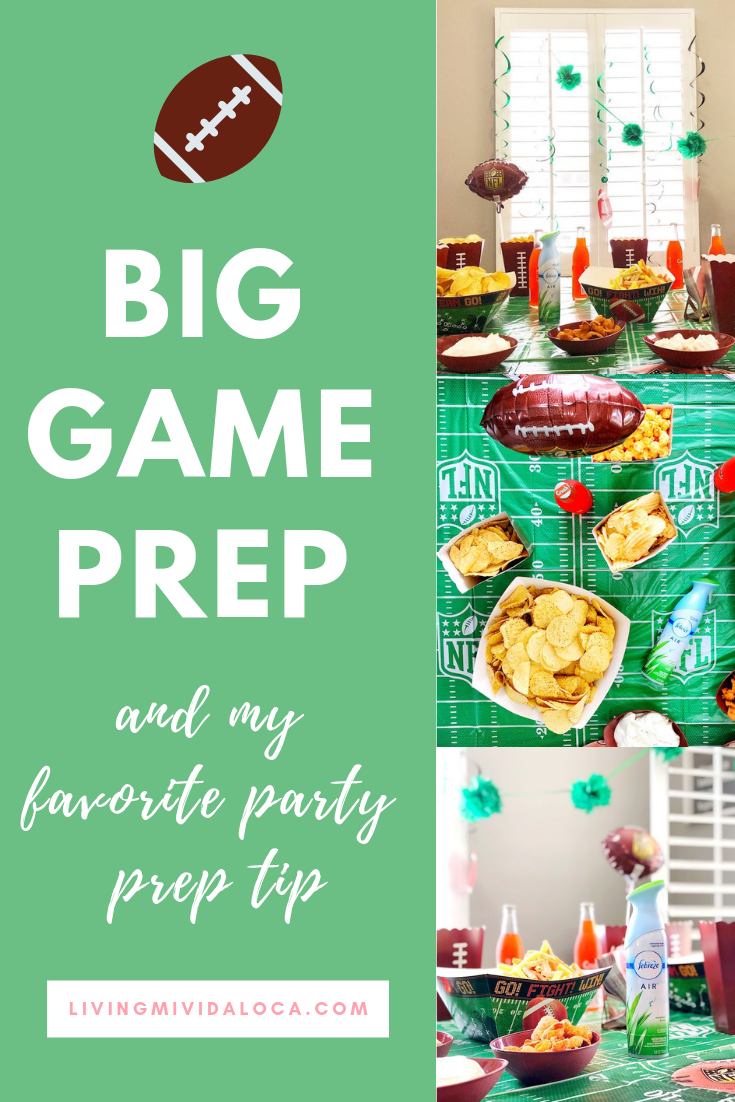