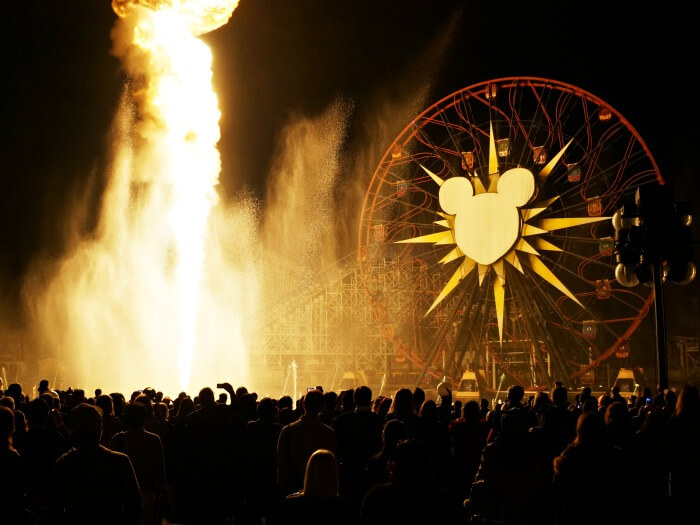 We had the opportunity to see the world premier of World of Color – Celebrate! at Disney California Adventure. I really wish I had chosen a better spot though because Neil Patrick Harris was there to kick off the show. We still caught the fantastic show and the mesmerizing special effects. Read on for fun facts on this new show and make sure to catch it at Disney California Adventure beginning May 22, 2015. 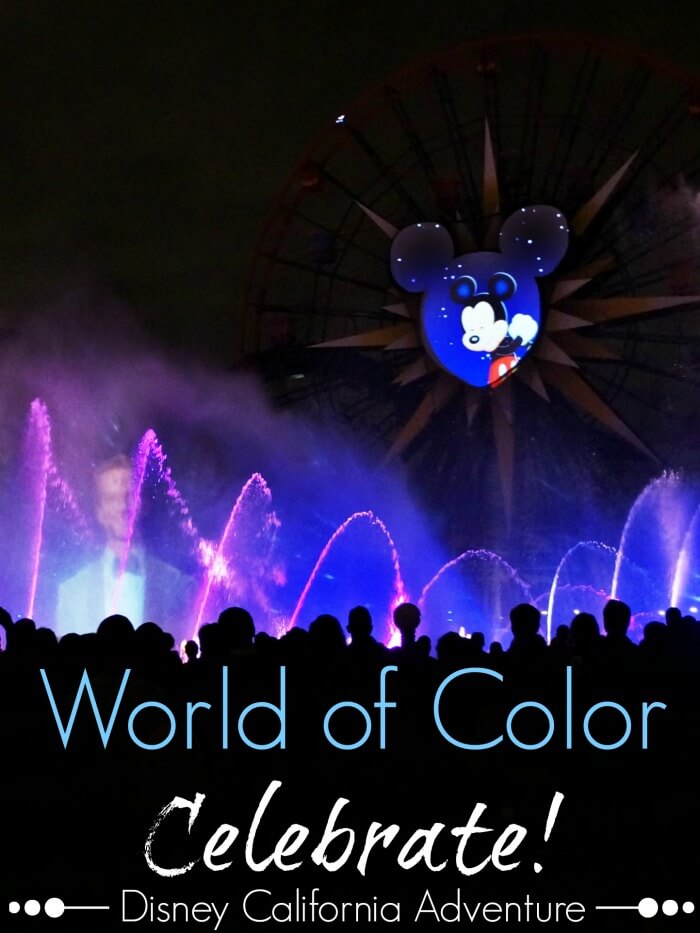 To commemorate the 60th Anniversary of the Disneyland Resort, an all-new, special edition of “World of Color” illuminates the night in a glittering, contemporary celebration of the colorful world of Walt Disney, whose pioneering vision brought to life Disneyland, Mickey Mouse and a treasury of films and characters. Featuring Tony and Emmy Award-winning Neil Patrick Harris and the one-and-only Mickey Mouse as our hosts, the nighttime lagoon spectacular takes audiences on a sensational journey through the unparalleled imagination of Walt Disney to see how his extraordinary dreams came true.

A Wonderland of Color, Music and Animation

“World of Color – Celebrate!” unfolds in five sequences:
Opening: The “World of Color” overture and the magic of Tinker Bell’s pixie dust introduce our hosts, Neil Patrick Harris and Mickey Mouse.
It Was All Started By A Mouse: From black-and-white cartoons to Technicolor stardom, “World of Color – Celebrate!” honors Mickey Mouse.
The Golden Age of Animation: A dazzling exploration of Disney animated features stirs hearts with a kaleidoscope of happy memories.
The Dream of Disneyland: A celebration of Disneyland, the “Happiest Place on Earth,” from Walt’s opening day dedication to creating smiles around the world.
Finale – Infinity & Beyond – A Celebration for Years to Come: The inspiring finale expresses the wish that everyone stay “Forever Young” and hold on to their dreams

The lush score, which interweaves a variety of themes and tunes into a single piece of music, was recorded by an orchestra in London, England, at famed Abbey Road Studios. 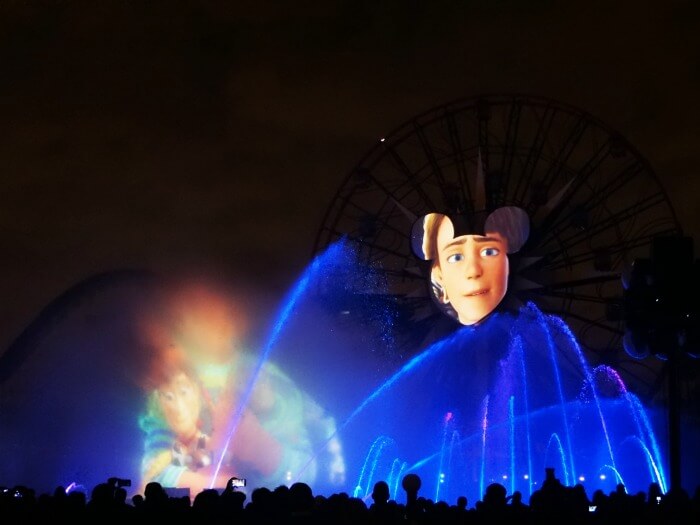 [disclaim]This is not a sponsored post. I was invited to join the Diamond Celebration festivities as a member of the press. All thoughts and ideas remain my own. [/disclaim]