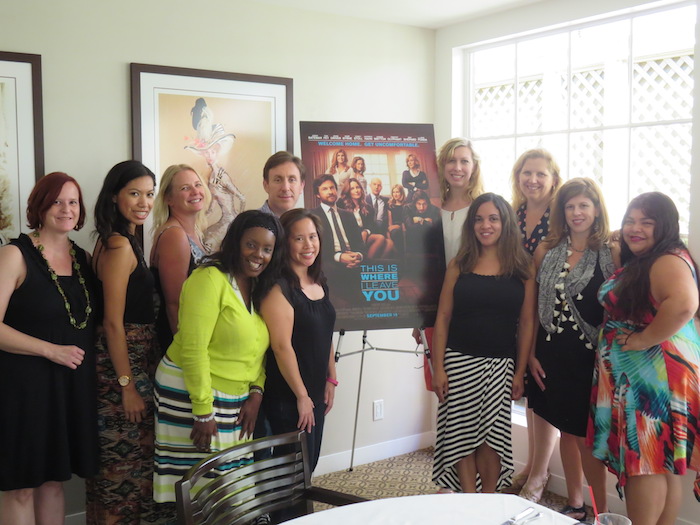 This Is Where I Leave You is currently out in theaters, and perfect for adults who want a funny and relatable film to watch. Both the book and the screenplay of This Is Where I Leave You were written by the super talented Jonathan Tropper and I recommend it for adults who are looking for a film that does a great job at storytelling. The film has characters who we can all relate to, and talent all the way around. I will definitely say to leave the kids at home for this one. There’s cussing, subject matters that will bring on too many discussions later, and the story in general that is very much made for adults.

I, along with a few other bloggers, chatted with the amazing Jonathan Tropper during a recent trip to Warner Bros. He was so nice and open about answering questions related to the film, and gave us some great insight on the film. I invite you to read some of the behind-the-scenes commentary on the film and then see the movie at a theater near you.

Of course, there are a few spoiler alerts – it’s at the very bottom with a full disclosure.

Chatting with Jonathan Tropper on “This is Where I Leave You”

[question][Was the cast] who you pictured in your head? Was there someone that was a surprise?[/question]
Mr. Jonathan Tropper:Yes. To me, the big surprise was Adam Driver, which is certainly not you know how Phillip is described in the book. And honestly, when Shawn [Levy, Director] first mentioned that he wanted to go after him, I liked him on Girls. I just didn’t see how that translated into the role of Phillip.

The casting is really up to the director. And then when we showed up at the table read, the first time we had that whole cast together was at this table read not that far from where we’re sitting now.

And they did it. And Adam started reading his part. I immediately wanted to go back and write like 10 more scenes for him just because he has such an unexpected and interesting way of delivering the lines and interpreting the character.
And he’s just very unpredictable. I think he just brought it home in such a great way.

[question]How hard was it to get it made into a film?[/question]
Mr. Jonathan Tropper: It took five and a half years and a lot of heartache. And you know it’s one of those things where when you look back, you’re like I don’t know why I had the nerve to think we could do this. What I had early on was the studio really liked the material. It didn’t mean they were going to make it but they wouldn’t let it die.

And I had two producers specifically, Paula Weinstein and Jeff Levine, who produced the movie. Their company’s called Spring Creek Productions. They’re the ones who brought me into Warner Brothers. They just were adamant that this is a movie they wanted to make. So, even when it died on the vine a few times, they just always found a way to revive it and show the studio how it could be done. And so, yes, it took about five years and many, many drafts and a lot of heartbreak.

[question]Blogger: How did you feel about Jane Fonda, given that you had mentioned her in the book? [/question]
Mr. Jonathan Tropper: Which I didn’t even remember till we were into shooting, and then somebody mentioned it to me. And I went over to her on set. And I said, you know, Jane, this is kind of weird. But I actually mentioned you in the book. And she’s like, I know. I mean there’s Jane Fonda the icon and Jane Fonda the actress. I was mentioning her as a piece of pop culture in the book.

And so, she insisted on coming in and auditioning for it. And Jason came in and did it with her. And you know she got it right there.

[warning]SPOILER ALERT[/warning]
[question]Can you talk about some of the choices you made between converting from book to film… cutting out certain parts just for flow of the movie? Why were there no balls on fire? [/question]
Mr. Jonathan Tropper: Right. So, the reason we changed the whole birthday cake thing was because we really didn’t want this movie to be mistaken for a broad slapstick comedy. And we didn’t want to give anyone ammunition. If in the first three minutes of the movie you have a cake going up someone’s behind and you have that whole thing happening, see, you can do kind of in the book because if you go back to the book, you’ll see I never actually narrate the cake–that actually happening.

I imply it in kind of a jokey way. And then I talk about the aftermath. But you know the thought of having to actually shoot that in a room with an actor and do that and knowing that in the first three minutes of the movie that’s what you were going to see was going to set a tone for the movie that I think was totally wrong. I also know that’s what would end up in the trailers and that’s what would end up in all the advertising. And you would just set the wrong tone. And so, what we came up with was something that’s a little more somber and a little more contemplative.

One of my favorite moments is the moment where he blows out the candles and we go to black. And you see This is Where I Leave You. And it’s very quiet. And I think that’s sort of setting the tone for the story that follows. So, that was sort of an easy cut to decide to make. And, yes, I’m sure there are a few people who will be disappointed that they’re not getting the drama of the cake up the ass. But it’s also probably really hard to find an actor who wants to do that.

PC: And here’s another spoiler alert – Jane Fonda’s boobies are NOT real in the film! Yes, I had the same question. 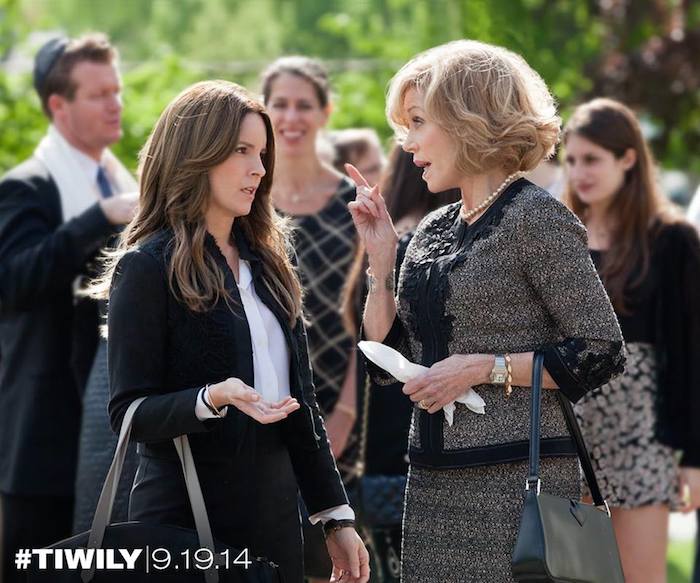 [disclaim]This is not a sponsored post. I was invited to screen the film and meet with author, Jonathan Tropper, on behalf of Warner Bros. Pictures. All thoughts and ideas remain my own.[/disclaim]