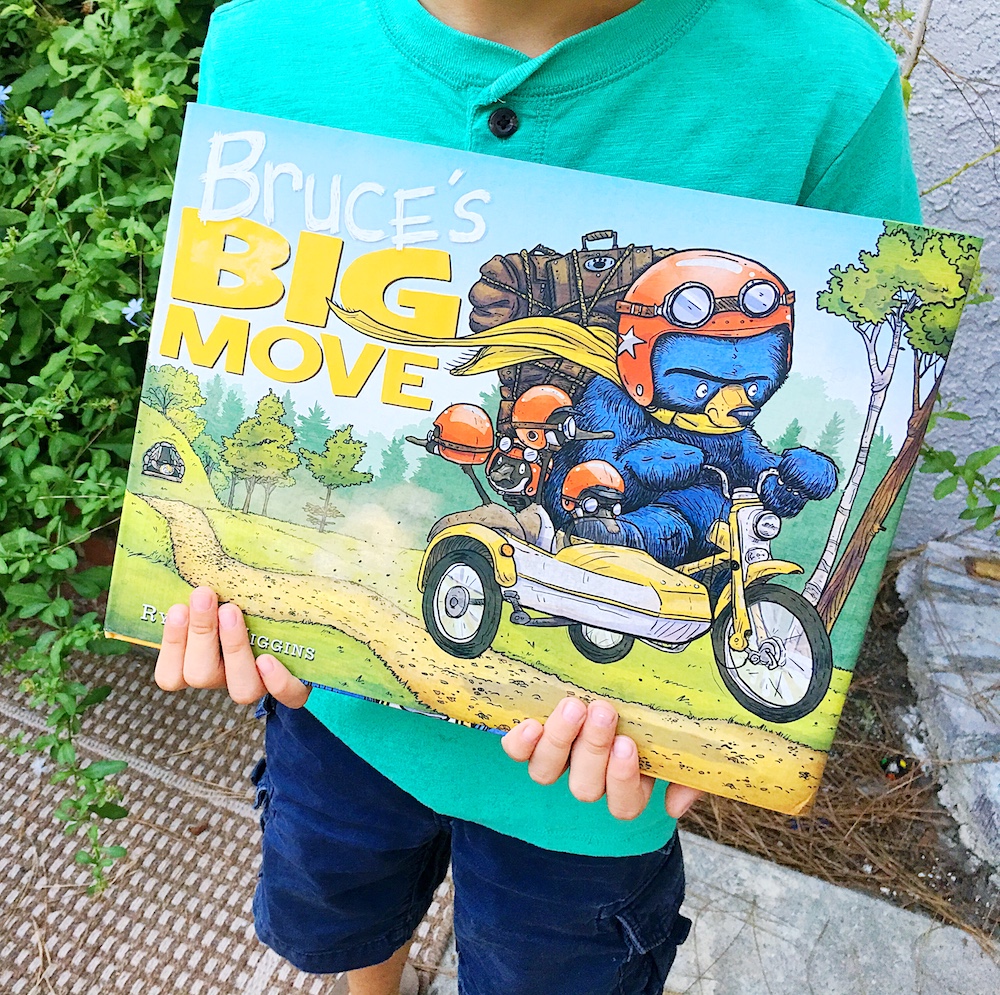 The chiclets have loved the “Bruce” series since “Mother Bruce” was first released last year. Last month, the last one, “Bruce’s Big Move” by Ryan T. Higgins, dropped and the chiclets are all about it – so huge thanks to Disney-Hyperion for sending us a copy!!! Yes, it’s made for chiclets ages 3-5 years old, but my 6 and 9 year olds have read it over and over. And it’s one book that never goes into the donation pile. 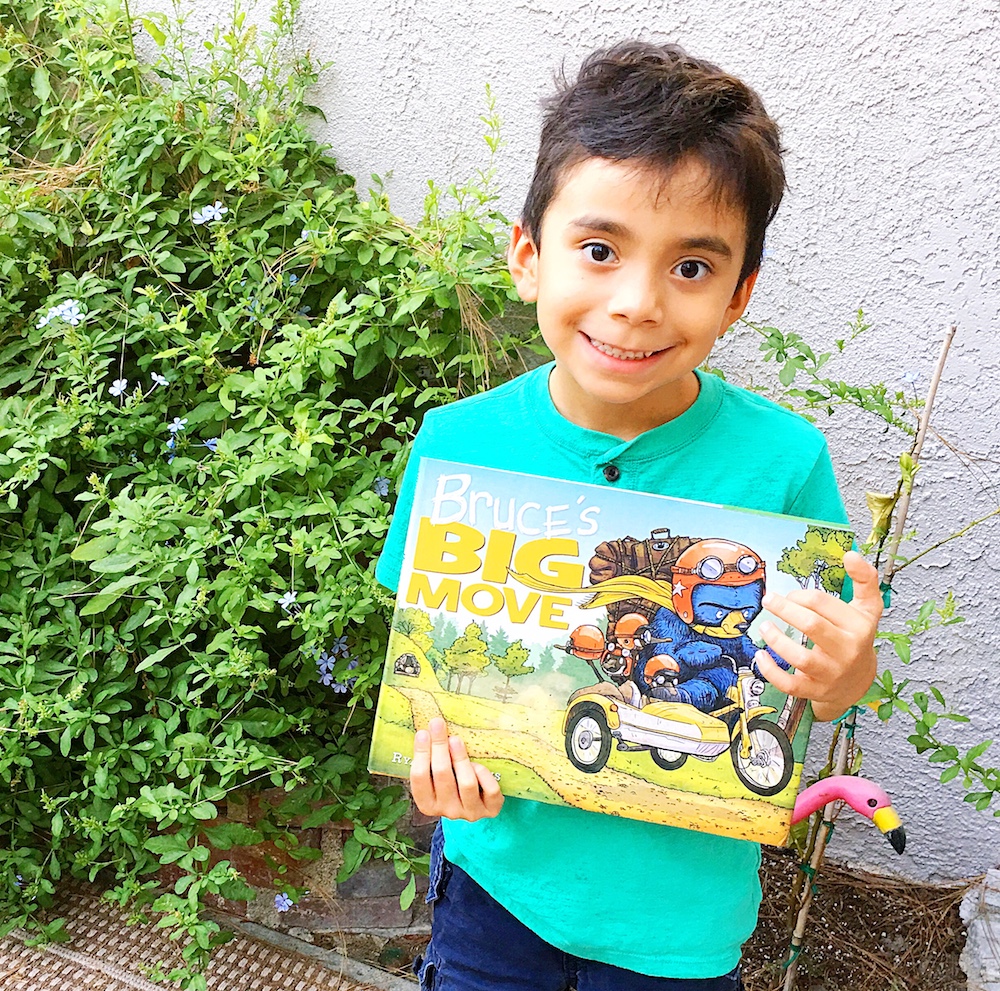 After the events of Hotel Bruce, our favorite curmudgeonly bear shares his home with not only his four geese, but three rowdy mice besides! Fed up with their shenanigans, Bruce sets off to find a rodent-free household. But as usual, nothing goes quite according to plan…

A hilarious sequel for fans of the previous Bruce books, as well as a standalone discovery for new readers, Bruce’s next reluctant adventure is sure to keep kids giggling.

The chiclets love that Bruce is a bit of a grump – but he has a heart of gold (even if it’s hidden away). He’s a great character, the illustrations are very detailed and the stories always keep you cheering for him. 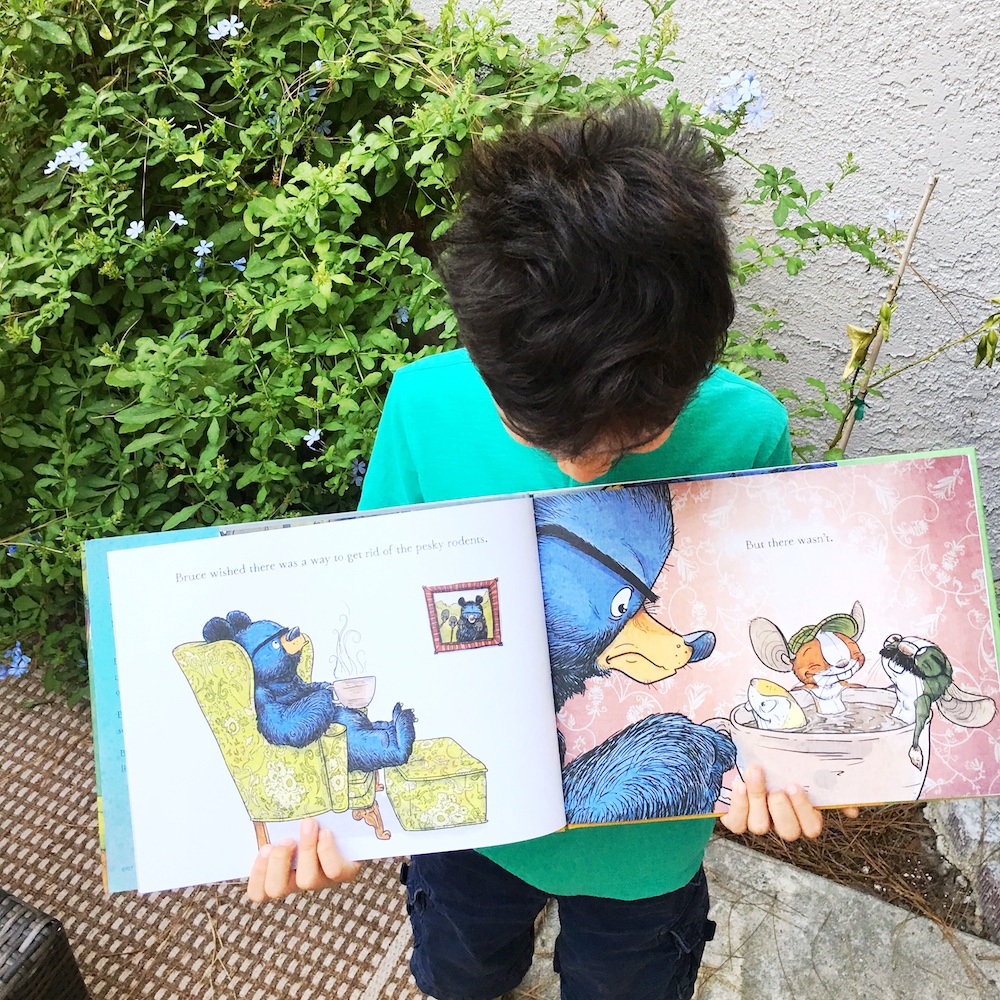 As mamá, I love that the book is big because it makes for a great bedtime reading. It’s also great for little chiclets just learning to read because of the short sentences. Plus, major vocabulary builder with words like “rodents” and “pesky.” 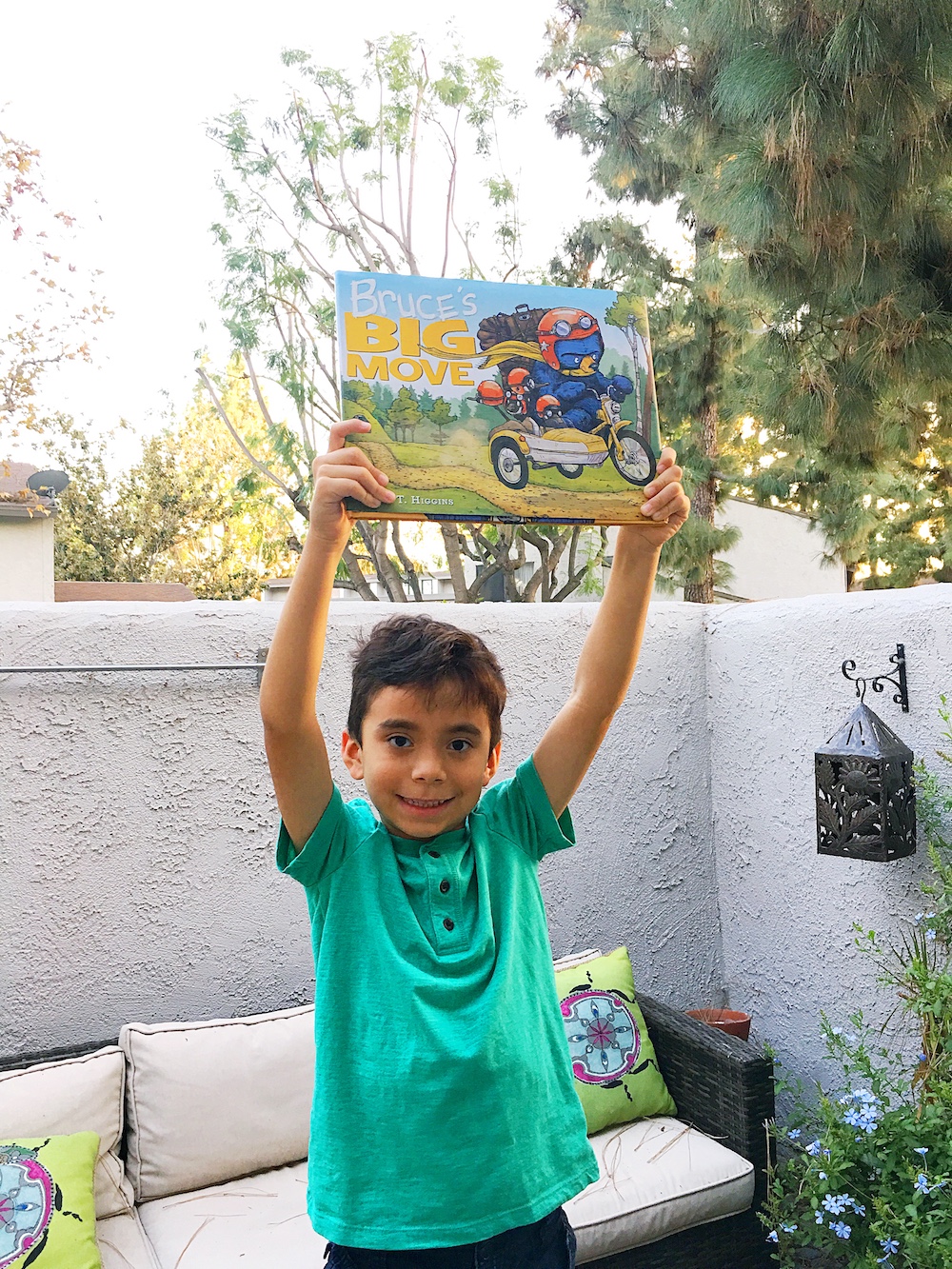 We’re happy to be partnering with Disney-Hyperion to host a “Bruce’s Big Move” prize pack that includes: 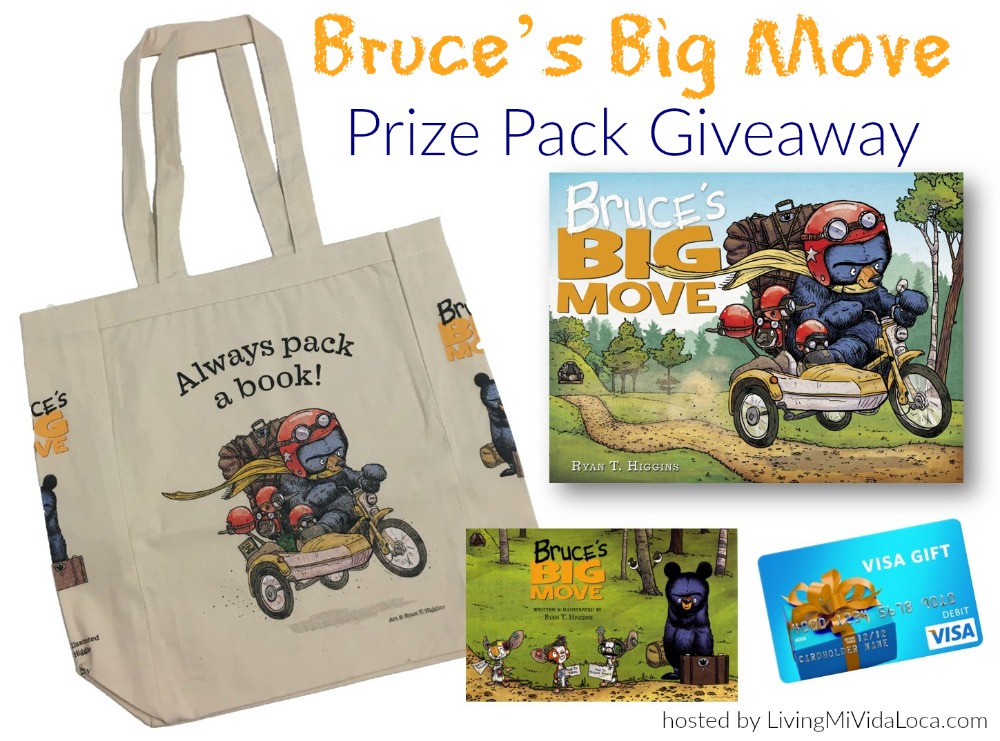 Giveaway open to US addresses only.
Prizing and samples provided by Disney-Hyperion.

Ryan T. Higgins (ryanthiggins.com) is an author and illustrator who likes the outdoors and cheese sandwiches. He is NOT a grumpy old black bear, but he DOES like making books about one—starting with the best-selling Mother Bruce, which received the E. B. White Read-Aloud Award and the Ezra Jack Keats New Illustrator Honor. He lives in Maine with his wife and kids… and too many pets.

New on our bookshelf: The Adventurers Guild
Enjoy Seasons of Fun with the Knott’s Berry Farm season pass