A collection of tidbits, info, contests, fun facts, etcetera that I received throughout the week, but didn’t get their own posts.

Skype celebrated it’s 10th anniversary on August 29, 2013. To celebrate the milestone, Skype released stats from a survey where Skype users in the U.S. were asked about their usage with this very popular service. A few details on where Skype is being used.

Virtual Postcard. Apparently, a one-dimensional postcard doesn’t invoke enough jealousy anymore – 35% of users revealed that they’ve used Skype to show where they are on vacation
Extreme Thrills. Why Skype from your room, when you can Skype from a roller coaster ride, during a bear chase, and when visiting the NASA launch platform – all of which have been attempted by Skype users
Skype Calls when Nature Calls? Many US users are not afraid to admit that they Skype from the bathroom

Everyone’s favorite tiger is back with an all-new app! Based on PBS KIDS’ hit show Daniel Tiger’s Neighborhood, Daniel Tiger’s Day & Night app for iPhone, iPad and iPod touch helps kids learn basic morning and nighttime routines from Daniel Tiger as he gets ready for school in the morning and ready for bed at night.

Designed for children ages 2-4, the app’s songs and games encourage kids to tap into their imaginations as they make believe with Daniel. Kids can set the breakfast table, tie their shoes, and listen to a bedtime story – all with Daniel Tiger!

Additional features include:
* 8 games about morning and nighttime routines
* Good Morning and Good Night strategy songs
* A timer for parents to help with routines

Disney has kicked off production on “Alexander and the Terrible, Horrible, No Good, Very Bad Day,” the first live-action film adaptation of Judith Viorst’s 1972 illustrated children’s classic. Shooting will take place in the Los Angeles area, with locations in the cities of Pasadena and Arcadia, the San Fernando Valley and Melody Ranch in Newhall. The film hits theaters nationwide on October 10, 2014.

Disney’s “Alexander and the Terrible, Horrible, No Good, Very Bad Day” follows the exploits of 11-year-old Alexander as he experiences the most terrible and horrible day of his young life—a day that begins with gum stuck in his hair, followed by one calamity after another. But when Alexander tells his upbeat family about the misadventures of his disastrous day, he finds little sympathy and begins to wonder if bad things only happen to him. He soon learns that he’s not alone when his brother, sister, mom and dad all find themselves living through their own terrible, horrible, no good, very bad day.

The Fobie Friends three-part book series features lovable characters who address childhood fears across using multiple digital and print platforms. The books are authored by a husband and wife team with academic and professional backgrounds in clinical psychology and education. The first three books are accompanied by a specific plush toy “Fobie”.

Fobie Friends will launch a new ebook application that will be available on Nook, Kindle, Apple, PC, and Android platforms. Books and toys are currently available for purchase on Amazon.com and FobieFriends.com.

– “Bugs in My Hair” by David Shannon out in stores.

Bugs in my Hair shows the funny side of waging war against–oh no!–head lice. Watch this fun video to get a sneak peak at what the book is all about!

The retail brand that celebrates fatherhood has just launched their e-zine for dads: Catch. Written by dads for dads, Catch offers honest and often humorous content contributed by a diverse selection of dads to help all men with children navigate through fatherhood.

The e-zine covers topics such as:
* 1 on 1’s with dads
* outdoor skills
* cooking and food as a dad
* workouts and nutrition
* books, movies, TV, music, videos, apps, games
* a weekly face-off for all things dad, man and parenting 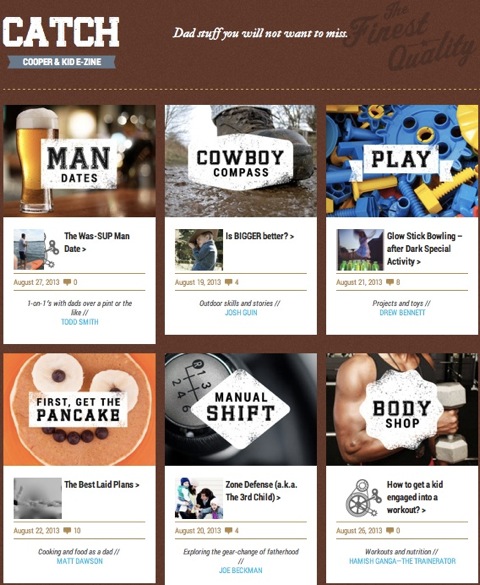 – Office Depot does your shopping for you.

Parents can send their school lists to [email protected] and Office Depot will do the rest. Within 24 business hours, Office Depot will find your items and send you an email with a link for a quick checkout and delivery. Want everything even faster? Order online and pick up for free at your local Office Depot store in only an hour.

– Experience Mercedes-Benz Fashion Week like an A-lister with The London NYC Runway Package.

The London NYC has forged an official sponsorship with Mercedes-Benz Fashion Week as the preferred hotel for both the Fall 2013 and Spring 2014 season.

– SpiritHoods Kids are back in stock.

These faux-fur hoods are stylish as well as incredibly warm. Best part? They are Made in the USA and for each hood sold, SpiritHoods donates 10% to a non-profit dedicated to the preservation of endangered animals. Stylish, practical and philanthropic—trifecta! 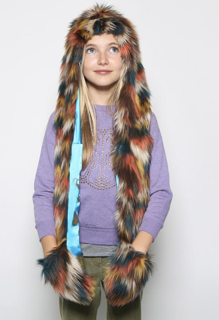 siggi’s is proud to offer a healthy alternative for kids. Each tube has 40-50% less sugar than the leading tube yogurt, with over twice the protein. With no artificial sweeteners, colorings, or preservatives, it’s simply a healthy snack for any lunchbox, breakfast, or snack on the go.

As part of Black Box wines “Lose the Bottle” campaign, a new video adventure will be shared every Thursday at 5:00 p.m. PST through September 12. Black Box wines enlisted top comedic actors and filmmakers to create original short sketch videos that extend humor to online fans and consumers looking for reasons why they should convert to Black Box. The actors are a professional team of performers and filmmakers who specialize in comedy and improvisation and include Lauren Burns, Chris Eckert, Michael Naughton, and Lisa Schurga. The videos can be viewed at the Black Box YouTube page www.youtube.com/BlackBoxWines. 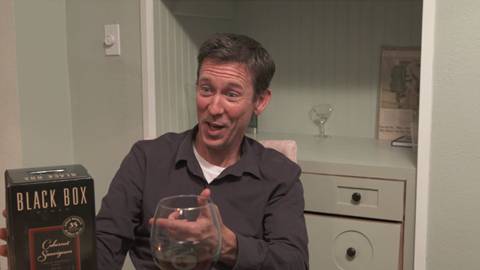